IPhone owners should beware picking up bad vibrations from powerful motorbikes, as they may damage camera systems, Apple has said.

The technology giant published a warning iPhones should not be attached to powerful bikes, in a support document spotted by MacRumors. 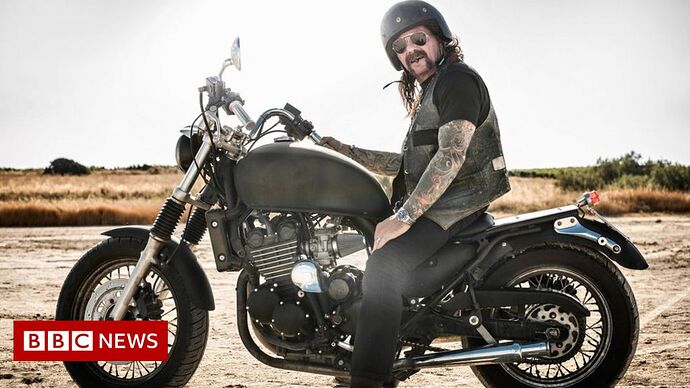 They’ve been quite late to the party with this, although I can understand it’s probably not “up there” on there prio list.

Just a quick heads up… I just got the whole kit for mine a month ago, minus the wireless charger. It’s very nice gear. Also got the armband for running, love it. Tho… 2 rides later… the focus mechanism in my iPhone 11’s camera was fucked. The same thing is happening to any kind of smartphone (inc. Samsung, the lot) that has a mechanical (not software) focus. It depends on the bike, the mounting point and a bunch of other variables. I’ve had to take my phone to A…

There is probably some ulterior motive to making this announcement now. Law suit? New product?

Never understood why anyone would think it a good idea to mount an expensive smart phone to their motorcycle handlebars.

How about satnav? Have you ever seen a Deliveroo/Uber/JustEat rider?

Still don’t understand why anyone would think it a good idea to mount an expensive smart phone to their handlebars.

it’s a ‘heads up’ warning, like ‘don’t use K&N oil filters there have been some problems reported’.

Fixed it for you

Who doesn’t love a K&N oil filter trying to kill you in the mountains…
https://www.triumphrat.net/threads/split-k-n-oil-filter.837538/

@jeffwismer
Yesterday: Apple sends out a warning about mounting your iPhone on motorcycles with high vibrations. Today: Releases promo video with iPhone 13 mounted to a scooter racing through the streets. #AppleEvent

In Apple’s iPhone 13 announcement on Tuesday they showed an action montage of an iPhone mounted to the handlebars of a scooter.

no lawsuit or new product though…

So how is the warning connected to a new product?

The problem with certain camera technologies has affected iPhones since 2015, and technology has yet evolved to solve it. So it not a marketing trick to make people upgrade as the warning still applies to the new models, as well as to similarly specced Android phones.

It is unlikely to be because of any legal action after this amount of time, so the only reason that makes sense to me is so they can start to refuse warranty repairs. But their new ad makes that more difficult, as it opens them to legal claims from people that they were only using their iPhone in a way promoted by Apple.

Well indeed, but I asked how is the warning connected to the new product.

wasn’t that warning about powerful engine vibrations? probably not relevant to a scooter?

Sure. None of us know what’s going on inside Apple, all we can do is guess.

A conceivable guess as to why Apple released this warning after 5 years of this issue being present, just days before they released an ad of a new product on some handle bars, is that they were concerned about the ad inspiring customers to think about using the new product on motorcycle handle bars (albeit the ad handle bars are of a scooter). A customer taking that perception could say “well your action ad says I can do this just fine”, thus the official warning. Just a possible perspective on why they announced it now, 5 years after the issue becoming present. Could also be that they just wanted to warn people independent of that. Who knows, who cares.

@Michael748 wondered if there was some motive making the announcement now, perhaps a new product. @rockit99 called him dull when actually it’s entirely possible that he’s right, and that’s what I was speaking to.