Before the weather starts getting grim, I’d like to replace my over trousers. The first BikeIt pair I bought has a few holes from accidents in my early days of riding. The second Spada pair has done better but unfortunately the rubbery coating inside has come away from the fabric due to the constant creasing and wear in the crotch area so now my crotch is always wet in heavy rain. To be fair they lasted 2 years.

Just wondering, if anyone has experiences of a really good pair of over trousers by any chance?

Army surplus gore-tex. The new MTP ones seem to be less good than the old DPM ones, but that might be only the ones with the zip down the side.

For looks I’d prefer the RAF Goretex over trousers. Never had a pair but they look to be worth a punt at £15 hard earned. 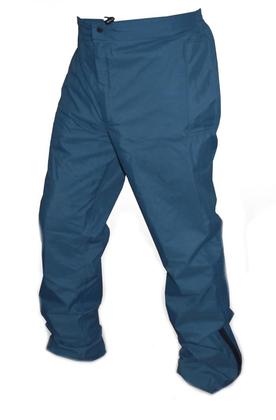 Those yellow ones don’t claim to be breathable, are they? Else you avoid getting wet from the rain but get damp from perspiration instead.

Bloody hell, £15 for goretex trousers? Can be it be true? Will they last more than a winter?

Thanks for the link!

Surplus stuff’s normally of the order of £20 and it’s always worked and lasted well in my experience. It doesn’t rain every day, even in winter.

100% agree with @BigRedS, I’ve seen his pair at work under heavy rain. I will be getting a pair as soon as I trash mine.

I’m tempted by loads of stuff on that site

I was just looking for a new pair of waterproofs!
What’s the fit like? Are they meant to be overtrousers? Wondering if M is fine or should I go for large.

They’re probably not over-trousers so I would buy large personally. You can always send them back if they’re too big. Distance selling regulations and all.

Yeah, they’re meant to be overtrousers so they’re baggy in the leg (the Army ones at least). They’re just a layer of gore-tex so a bit odd and not particularly effective against bare skin. But army trousers (especially in the era of DPM) aren’t particularly bulky.

NATO sizing notation for trousers is three hyphen-separated numbers, measuring the leg, waist and seat in cm, so 85-96-112 has an 85cm inseam, 96cm waist and 112cm arse. Those are the size of the person who will be wearing the trousers, though, not of the trousers themselves. If you wear a pair of 85-96-112 normal trousers then you’ll get overtrousers also in 85-96-112, too, if you want them to fit.

If you’ve already got leathers or textile bottoms, I rate my Alpine Stars waterproofs.

Sweatier than a motherfunker in them though if it’s anything above 15 degrees!

And they’re a damn sight more expensive than those surplus ones! Tempted to try some.

shame they don’t do them for fatties

Can’t think why I’m not losing any weight!

I’ve had a couple of pairs of the army goretex now, the first pair lasted one winter then started wetting me knackers when i grabbed them out in october. the second pair have gone through 2 winters and still going strong,

But no good if you crash?