I invented the Maxijak easy motorcycle wheel removal, and Motrax messed it up, however have just found a quantity of them and will be marketing them with a new web site maxijak.com. obviously any Londonbiker interested will get a discount, will post when new site is up and running.
Check out maxijak wheel removal tool on youtube old videos but explain how it works. 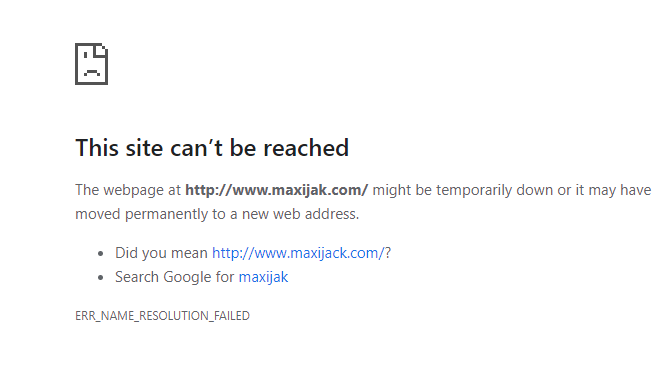 Sorry the web site is not up and running yet but should be in a couple of weeks, will post once up and going, thanks for the interest Groovy.

Back in the day I’d lift and jiggle the rear wheel in and out on my foot just like this fella here, skip to 3:36

That was back in the day. Now I’m a little more seasoned I use a piece of board in place of my foot to support the wheel during removal. On re-fitting a block of wood can be used to hold the board at a suitable angle for the wheel to be at the right height and freeing up both hands to easily re-fit the rear axel with no more than finger tip pressure. No need for jigs, trolleys or hammers.

I was that so called monkey boy ( I won’t say word I would call you) and I can guarantee I have worked on more bikes than you ever did. If you ever worked on that particular Honda you would know what a b++ta+d it was to get the spindle back in and I was only tapping it. As for using a bit of wood and ones foot that just about sums you up.

When there is a correct tool to do the job any decent mechanic will use it as I have seen the bits of wood idea fail and a person get hurt. I rest my case.

I remember the pain of trying to put back the wheel the first time I did it…and at the time I could have done with sth like this. But in truth it didn’t take me that long to sort it out. And my mechanical aptitude is terrible.

Whilst it does look to make it easier, and of course I could have used it, it’s a tool that solves one problem. I suspect those that have had to remove wheels in the past, and do it regularly, know how to do without.

For those that don’t have to do it regularly (at home once or twice in 7 years I had to) it’ll be another tool that collects dust somewhere in the garage.

One other thing to think about is setting it at a specific height and locking in place. IIRC In the video you are constantly trying with one hand to keep at right height while putting spindle in with the other. It still looks like a pain to someone like me with limited coordination

I won’t say word I would call you

That’s a sure way to ingratiate yourself with potential customers and win sales.

NT is a valued member and actually I’d be willing to bet he’s worked on more bikes than you think he has! imho was just offering feedback and doubt he was being insulting to you directly.

As Michael says though, I see it as feedback and you have taken it as an insult and reacted as such which will alienate people.

“I won’t say word I would call you”

I’d trust NT any day over you mate.

He didn’t mean it maliciously and if you can’t take a bit of banter you’re in the wrong place.

Hi Serrian, Thanks for your comments, with regards to keeping at right height not all bikes are the same and yes you may not use it that often but how many tools does one have that are like that. I do say that the Bike shops that do have one in their workshop don’t remove a wheel without using the Maxijak. Regards Ron

He called me a Monkey Boy and does not even know me, lets put it this way if the bikes on a bike ramp how does one get ones boot under the back wheel and as for a plank it could slip any time, again I rest my case. As for trusting him over me again you don’t know me to make that assumption. As for banter, not a problem.

He called me monkey boy for no reason, I have not called him anything and I am in the wrong.

and I am in the wrong.

Only if your business venture believes in customer service and professionalism.

Like I said in the first place it’s a good product and if any members are interested in one I am prepared to give them a discount once things are up and running. Top Dealers who use one can’t be wrong when every time their staff take wheels in and out they use the Maxijak. One will always get somebody who thinks they know better, but as one who has taken more wheels in and out than I can remember, I came up with the idea to make things easier and safer. If you ever used one, you would know why. Have a nice day.

I said it how I and others saw it ‘monkey boy’ for unnecessary use of a hammer and for making a simple job look very awkward.

You need a new video that demonstrates the ease and simplicity of the job using your jig and that video needs to include footage of the axel being re-fitted with no more than finger tip pressure and without the use of a hammer. You’d also do yourself a favour by dropping references to “how awkward these bikes are”. My tool of choice would still be a piece of board which is how I was instructed half a century ago while serving my apprenticeship with a Honda main dealer. Incidently the piece of board I use is a short length of scaffold board which will not fail me.

Having removed and re-fitted 1,000’s of motorcycle wheels here’s a little tip for you - When re-fitting a rear axel insert it just far enough to engage into the wheel bearing then align the wheel and insert a suitable sized bolt in the other side, again just far enough to engage into wheel bearing. With the wheel supported in this way the axel can then be fully inserted with minimum effort pushing the suitable sized bolt out as the axle is fully inserted, simple!

Firstly using the word Monkey when referring to people these days is not advisable, secondly you obviously have never removed a wheel and re fitted it on a Honda FMX 650, believe me I have done 1,000s’ as you say motocross/ road racing etc and this bike was no push fit. Did I want to show me tapping the spindle in that much NO but at the time it was the only bike I had to do the video with. The front wheel video is quite good on a later bike have you not looked at that one.
As for using your short piece of scaffold board, I would love to watch you do this with a bike on a lift at waist height, may work on the floor. I would also (with the health and safety issues these day) wonder if a reputable Honda dealer would openly recommend to do it your way these days.
After a lot of thought I designed the Maxijak to make the job much easier/simpler/ and safer and if you can’t see that then there is not much I can say. I intend to do another video however without the Maxijak believe me putting a wheel back in a Honda FMX650 was a nightmare.
In future if you are going to make any comment to another member of London Bikers about anything it would be better to steer clear of derogatory remarks.
Best regards Ron

Just to add one point what the Maxijak does is to put a handle on the wheel so that one can move it up/down/in/and out ones foot or piece if wood can not do that “SIMPLES” I rest my case.
All have a nice weekend end

Well I can only tell it how I saw it and how I saw it was unnecessary and excessive use of a hammer. I watched the front wheel video too and that axel was also unnecessarily hammered in. If you line the wheel up correctly and surely that is the main purpose of the jig, then the axel can be fitted by means of finger tip pressure and you don’t need the hammer. Take that onboard and realise your promotional material falls short of demonstrating the jig at its best.

I no longer work in the trade but as it happens the last rear wheel I removed and re-fitted was done on a motorcycle lift, at waist height, using a board and block of wood, it was a simple one man job. I’d guess it would have been just as simple using a Maxijak but I think I’d still use the block of wood to support it on the re-fit to free up both hands to fit the axel. If you added adjustable feet like Serrisan hinted at you’d have a far more versatile bit of kit.

Well you did not see it very well as it was not a hammer I used it was a plastic/rubber mallet and as I have suffered with arthritis in my hands and many other joints for years I some times have to use a mallet to TAP things in doing no damage or harm. Your piece of wood is really great till the day it slips and the swingarm gets damaged and not all bikes are in perfect condition and things slip in and out, I would have thought somebody who has done 1,000s’ of bike would know this.
The videos were done to demonstrate the versatility of the Maxijak something that a person who is hell bent on believing a lump of wood is the best tool will never see.
Hope you use more professional tools in what you do now.

Humility is probably a trait worth adopting