This will be the 6th running of this event.

This is a great day out and a really challenging and rewarding ride.

Anyone up for this.

I will be riding a Suzuki SV650s 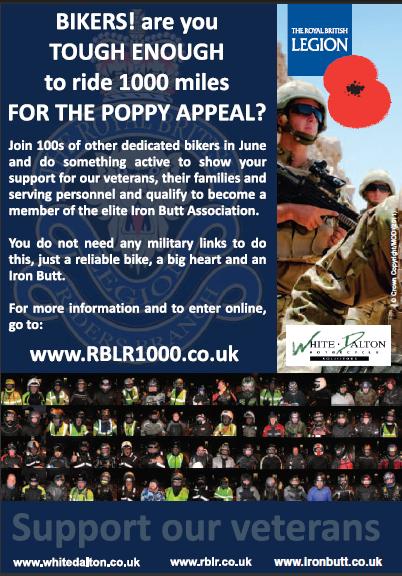 1000 miles is 1000 miles, however on home soil seems less daunting than 1000 miles through say Africa. So yeah, I’d be up for this :ermm:
What has been your approach is the past, i.e. when to head up to Squires, are you planning on a particular route this year?

I normally head up on the Friday afternoon get the signing on out of the way, there is also a riders briefing in the evening.

This year I am doing North Clockwise Route A. I prefer the northern routes as it gives you a chance to ride in Scotland.

Plan your route plan your fuel stops then ride your plan. The ride can be done in 24hours without busting your balls just don’t waste time on long stops.

Just waiting to see if I can get a pass , and if me wingman is around !!

Mark are you not banned from this event for making it look too easy?

Driven and seen a good part of the south so north does sound more appealing.

Closer to the time I might get you to cast an eye over my route plan at BM one night :Whistling:
If Jobys’ comment is anything to go on!

Both of those events involve camping so don’t interest me.

I’ve got boss permission. Temptation may win this time.

how many hours are you hoping to do it in this time Mark ?

Both of those events involve camping so don’t interest me.

are you still doing it on the SV? Or on the new bike?

are you still doing it on the SV? Or on the new bike?

SV if I haven’t sold it.

This years goalsEarly start, remember where I leave my keys the night beforeComplete the route without an offAvoid close encounters with oncoming riders (especially A99 towards Wick ;)Back before midnight

Just waiting to see if I can get a pass , and if me wingman is around !!

Errrrrrrrm - No but i am easily influenced. It cant piss it down as much as it did last year - and we still managed to get in before midnight.

My Do Dah Dalton pack arrived a couple of weeks ago

1020+ miles depending which mapping source you’re looking at