One of my besties (@iamfabio) got me a brilliant birthday present a couple of weeks back.

As you might have seen in other threads, I’ve been hoping to upgrade from my MT-07 to something else. But with the season drawing to an end and insurance for something nicer than an MT-07 in Zone 1 being unreasonable, I’m going to stick with it for another year.

Besides wanting a different riding experience, I also wanted something I like the look of more. So in the meantime I can handle the latter

. I’ve got some bar end mirrors coming soon too!

Turns out the positioning of the holes in my number plate put it too close to the plate light to be able to fit on the mount. So instead of drilling new ones, I’ve ordered a new (smaller

) plate for it this morning. 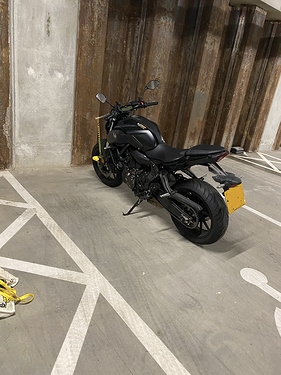 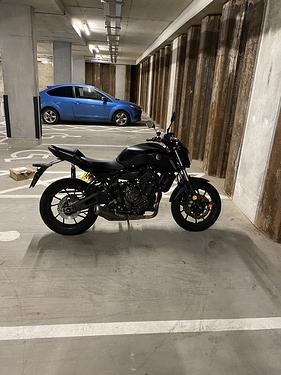 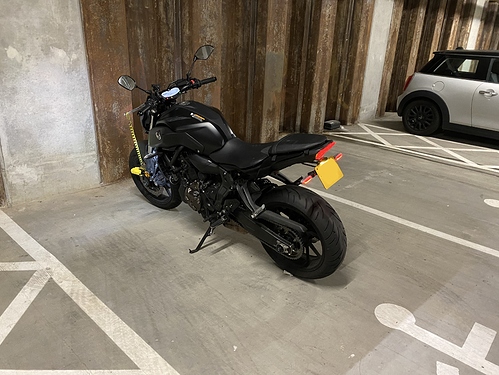 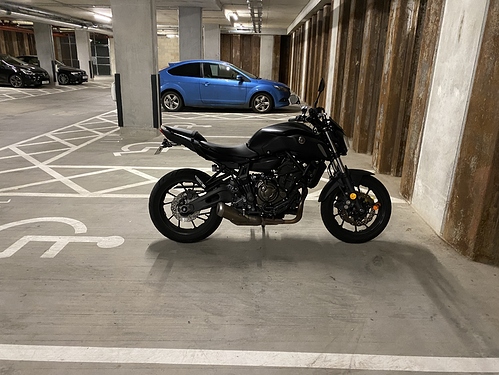 P.S. the disabled space is allocated to my house and I have to use it despite their being ~10 empty motorcycle bays with ground anchors

On the mt09 tracer group anyone fitting a tail tidy is immediately followed by them wondering why their seat and back is covered in road grime. But yours looks nice!

Come to BMM for opinion as he says.

I’m grating my teeth here regarding your bay issue. What’s the issue with using the bike bays? You could sub-let the car bay then. Your bike needs to be immobilised with a ground anchor.

Each space is owned by a property in this development, but they can’t give me the contact details of who owns which space (which makes sense).

The only thing I could do is to put a sign on the wall asking if I can rent one of the bike spaces hoping that a landlord/tenant sees it, but since they’re not used I don’t think that would happen. Nothing to lose in trying I suppose.

The carpark is only 30% full, so I don’t think people use cars here that much. So subletting it may be a bit tough. There are several bikes down here though! One of them a very nice Ninja that he keeps in a car bay with no security!

permission to install a ground anchor

I did that in my designated parking bay twenty years ago, never asked anyone, rented an enormous SDS drill for an hour, it went through the concrete like butter, anchor installed in minutes. No one has ever said anything.

easier to ask for forgiveness than permission

Technically they can’t under GDPR rules but even before those rules came in, our freeholder refused to circulate the other leaseholders’ names, even when we asked for them to circulate our name to the others. When we put up notices trying to get in touch with each other, the management took them down. It’s in freeholders’ interest to stop leaseholders working together.

Luckily everyone on our floor knows each other and we do work together. We’ve had a few battles with freeholders over the years, including a victory at First Tier Tribunal.

Put up notices, mail shot every post box, it is an uphill battle as many owners will live abroad and never see your notes but you have got to try.

I actually installed it first and then had to ask permission as it was noticed by the management company. They retrospectively gave permission. I’m not sure I would recommend this approach though as you might just as likely be asked to remove it and make-good.

It depends on your freeholder. Our building’s freehold has changed several times over the time we’ve lived here and some have been good, some have been absolute bar-stewards. The current lot seem to make their money from admin fees attached to such permissions.

@Panagiotis is also available for marriage guidance too…

I’d also argue better to get permission as management companies can enforce the rules if you get an annoying neighbour who complains, and it is against the lease.

The easiest way is to bring it up with freeholders / lease owners to see if they agree. Tell them that this add value to the property by having security feature for bicycles, not just motorbikes. People get annoyed when you talk motorbikes but are a lot more ameanable for bicycles.

Find a professional who will install it and fix the hole to match. I did the same when I put a ground anchor in in a property in gloucestershire, but the management company were very fair about it from the start.

A couple of places I tried to rent in my current location were dead against it.

Other option is to stick it to wall so will accomodate bicycles more easily.

Thanks for the advice all on security, much appreciated.

My experience so far with the landlord has been a nightmare to say the least, so I fear that getting a ground anchor installed is going to be a right pain. The landlord is actually a company who own hundreds of the properties in this development and they don’t give a fuck about their tenants. It’s all numbers to them.

I’ve noticed one guy using the motorcycle bays. I’m going to leave a note on his bay and ask if I can have a chat with him about it!

Next up has been to swap out the mirrors this evening. I didn’t realise how ugly the OEM ones were! I wondered about how badly I was going into form over function, but those I’ve spoken to about these bar end style of mirror said they were fine with them.

Had a bit of a hard time finding them. Going to go out for a ride tomorrow to test them out. See you all at BMM after! 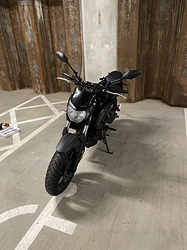 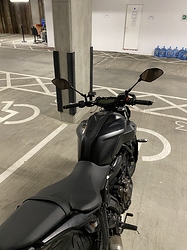 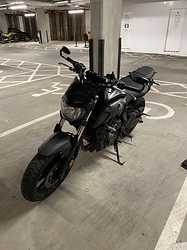 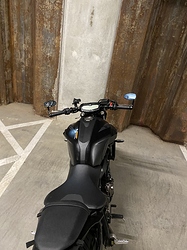 As an aside, I love the exposed sheet piling in your garage - could do with some of that in my lounge!

That last photo, buy a very long Almax chain (£££) and put it around the column.

Wow, what an idea

. Great catch, gonna look in to that. Thanks!

I see that the most pricy one is 1.85m long. Can’t see a way to filter for the longest.

My flatmate is about to buy a bike. Maybe we’d get two to chain them together

I have chains (a couple of Oxford ones) around a column like that. I needed 2x2m chains. One to go round column, one to go through that chain and connect to bike.