Policy Notification
With effect from 5th November 2021, MCE Insurance Limited will no longer be placing new business and renewals with the Gibraltar based MCE Insurance Company Limited.

What happens next?
MCE Insurance Ltd is working closely with an alternative Insurance provider and it is our intention that we will be able to offer quotations for new business and any expiring renewal policies within the coming days. Once this new arrangement is in place, we will write again to update you.

So what is this all about? Just some tax law change or a problem in the company?

A bit worrying as they are the only place willing to insure me for an affordable price. Hopefully be renewal time they will still have a cheap underwriter.

Maybe it just wasn’t profitable enough for them and it’s better for them to just use their name and take a brokerage/introduction fee.

I tried them every year and could always find someone cheaper.

I tried them every year and could always find someone cheaper.

Same here, in actual fact only time they beat anyone was my first year of riding. After that, they have been in the top 5 but not the cheapest.

I guess because of my situation the next best offer for me is usually at least four times that of MCE. And that is with no prior claims and no points.

Just waiting for renewal information from Just Motorcycle Insurance. They seem a little slow this year, maybe my £72.20 premium isn’t worth them sending out a reminder.

Officially my employment status is still “disabled”, but they count it as unemployed and I guess they see that as a problem. This year it cost £206.03 for my little A2 compliant bike

There was one year that Devitt cost only slightly more, so given MCE’s reputation I went with them. But that was back on a 125, and it was still back to MCE the following year.

That’s a bugger. It’s typical that if something doesn’t fit the cookie cutter it becomes near impossible or expensive.

I had that email too. Seems MCE are playing tax loop hole games.

I really don’t trust them, they’re just sellers of financial products, no interest in customer service or the business of motorcycles.

As far as I knew it, MCE were a broker. This suggests they also had an underwriting / insurance carrier entity. It’s not uncommon for them to be set up in Gibraltar, Bermuda and other exotic locations with low tax rates.

I knew it was possible in certain cases to be both a broker and underwriter (in different type of insurance) so it might be something to do with this.

I too had to use them for a few years when I had a complex accident / points history… Always cheapest but with an excess that was huge (which you could also buy insurance against surprise surprise).

To be fair they paid out on my claim but every person I spoke to (claim or sales) said something completely different. I got 4 quotes on my bike one year, same answers but ranged from £750 to £2.5k… simply cause the bloke on the phone decided to interpret my answers differently

MCE has fond a new best friend. Now it just remains to be seen how friendly they are when the time comes.

We are excited to announce we are now able to provide new quotes and renewals for motorcycle policies through our new insurance partner, Sabre Insurance Ltd.

What does this mean for you?
Your policy will continue to run as normal for the duration of your policy term with the Gibraltar based, MCE Insurance Company Limited. Should you need to make a claim, make a change, access your documents or contact us about anything in relation to your policy, you will still be able to do this up until your renewal date.

I got that email yesterday too. I now just have to try and remember which 'bike I’ve got insured through them.

And so it continues…

MCE Insurance Limited UK is not affected by this however, we are working hard to ensure all customers are regularly updated about this matter.

I got this… just now my policy runs out in december… it was the only policy i was able to get previously was with Bennets, they charged me 2.5k per year then after 4 years wanted 3k… went to MCE as the ONLY people who would insure me and now it looks like they are out of buisness… and I may be out of Insurance

They already have a new underwrite for new quotes, as noted earlier, so hopefully the price range will not change much. I think for a lot of us MCE has been the only option, so it will have a huge impact on the biker community if they are no longer affordable.

The worrying thing about the latest news is if it affects existing policies, as mine runs to early next year. If they cannot take on new business in administration then presumably there is nothing coming in and the company will have to be wound up. So it would be just a case of seeing if they can sell the policies to another company.

I’m punihed for living in London without a Garage… that being said I probably have more security on it than one would have in a garage but that does not matter, I also need buisness insurance

I don’t know any house in the village that doesn’t have a garage, I no longer commute, I no longer have business cover, I have bare bones fully comprehensive cover and this years renewal (after the usual haggle) came in at £67.84

Maybe you should consider relocation

I don’t think MCE are stopping trading, I think they’re just changing some of the specifics on how they structure their business, i.e. creating new subsidiaries. I might be wrong, but that’s how I read it. I would still expect them to be taking new business whenever this change comes in.

More the opposite of that, a subsidiary has failed and is not being replaced.

MCE Insurance, the U.K. broker, exclusively use a single underwriter.

Until November 5th that was MCE Insurance Company, a subsidiary registered in Gibraltar.

From November 10th that exclusive underwriting contract is now held by Sabre Insurance Group, a separate company based in the U.K.

So apart from a few days at the start of the month when MCE were unable to issue new policies, they are trading as normal. However the new underwriter obviously will use their own different judgment on the business they accept and how much they charge for it.

On November 19th MCE Insurance Company (the Gibraltar registered subsidiary) has gone into administration. Which depending on what will happen may affect existing policies until they expire. Sabre’s contract contains no obligations to take on any of their existing policies or claims.

It would have been a lot clearer if MCE had been honest at the start about what is going on instead of playing silly buggers in how they released the details a bit at a time. 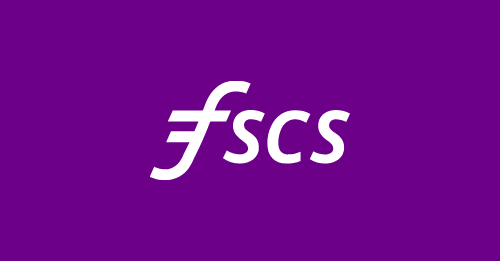 The Financial Services Compensation Scheme (FSCS) on 19 November 2021, declared that the Gibraltar-based insurance company MCE Insurance Company Limited has failed. As a result, this insurer is no longer paying claims. FSCS is stepping in to protect most of the motor insurance policies that MCE Insurance Company Limited sold to individuals and small businesses in the UK.

The broker MCE Insurance Limited (MCE UK) based in Northamptonshire provides various administration services including claims management, to the Company under a Service Agreement. MCE UK is not part of the Administration process.

Second bold for reassurance, first bold for panic! That is not something MCE has told us customers. They only said in their email that “We are working with KROLL to understand how claims payments can be made via the FSCS with the minimum inconvenience for policyholders.”

I’m with mce until June and paid in full. Will this mean I could potentially lose my policy/money?