June 2013 Land Of The Midnight Sun

I’d definitely be up for this!

Either driving round or ferrying, camping or hotel-ing, I’m not fussed.

I meant to spend the summer solstice in the southern archipelago islands, near Gothenburg, this year with some of my Swedish pals. And yes I know the islands aren’t in the Arctic circle but there was talk of getting drunk and naked so I thought it’d still be a worthwhile trip. But I moved to London instead.

lol, im always up for getting drunk and naked…:laugh:

lol, im always up for getting drunk and naked…:laugh:

Hahaha, I’m always up for getting drunk! And sometimes nakedness just happens…

He also does Jimmy Saville impressions in his spare time :hehe:

He also does Jimmy Saville impressions in his spare time :hehe:

Not my fault I started going grey at 12 yo , yer picking on me … Ya bunch of bullys

Dear Jim’ll fix it,
please could you fix it for me to visit Santa’s grotto…

I still remember that letter I wrote, luckily I never met Jim.

Getting back on track.

Looking at the mileage this might have to be catch the Friday afternoon ferry on the 14th and returning Sunday 23rd arriving back in Blighty on Monday 24th. As once we hit Norway it is going to be a 1000 miles north. So splitting over three days, it is still a lot of ground to cover, and as it is a holiday and not a long distance challenge (Marks ears are burning with oooo a three day tour), stopping and seeing some of the country rather than watching it fly past at a 160kph.

I’ll start looking at an itinerary and some possible costings of ferrys and fuel.

Food and drink is where the costs are . Go in a resturant that is only on the reasonable scale and watch the bill rack up :crazy:

True NumNum, if you can find a restaurant - often you can’t which is why we stayed some nights in youth hostels where we could cook for ourselves (having to buy basic items many many miles before we would need them as there were no shops or any habitation at all on our route). The standard of the food in the restaurants we did manage to find was generally abysmal. Mind you, we only went North, from Bergen, the South is more populated and food/drink more accessible.

We didn’t see the midnight sun in the end, just midnight cloud as the weather was a bit shitty some of the time. However we did stay in Norway for fifteen nights and it never got dark, not even dusk. This was late July/early August. During that time we experienced daytime temperatures ranging from five to thirty degrees © so planning clothing can be a bit challenging.

It is really difficult to imagine the expanses of completely uninhabited areas in Norway, when the nearest shop which sells alcohol can be 100 miles away, open very limited hours and three times the price of home. Fresh vegetables and salad were rare treats too. You need to book accommodation in advance and think carefully about the amount of miles to travel per day, work out petrol stops and stick to them. We started planning our summer trip in March but found a lot of the hostels, fish camps etc were closed and didn’t reply to emails until about May when it started getting light in the North.

Norway is more beautiful than you could imagine, worth seeing once, we doubt we will go again because it is sooooo expensive. When budgeting for your trip allow twice as much as you would in Europe, double it, add some more on and then save up a bit extra. Really.

This is the monument marking the Arctic Circle where the E6 road crosses it: 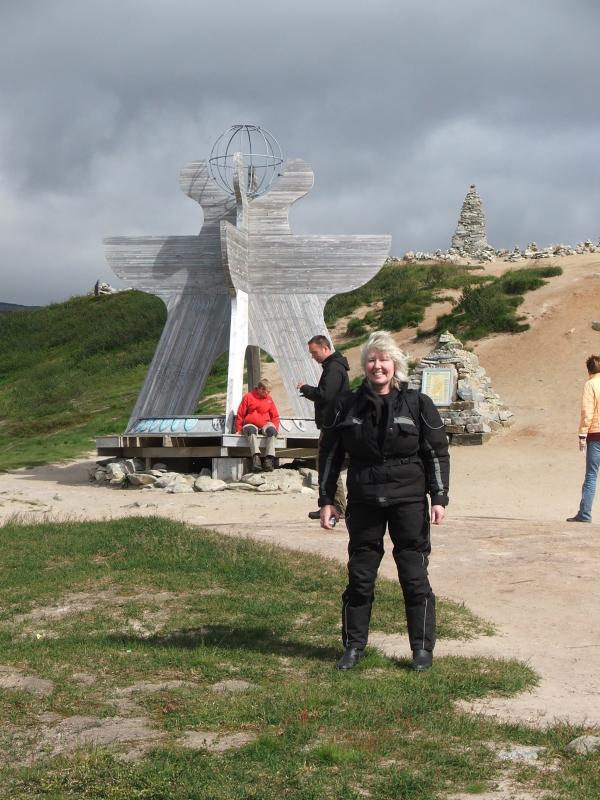 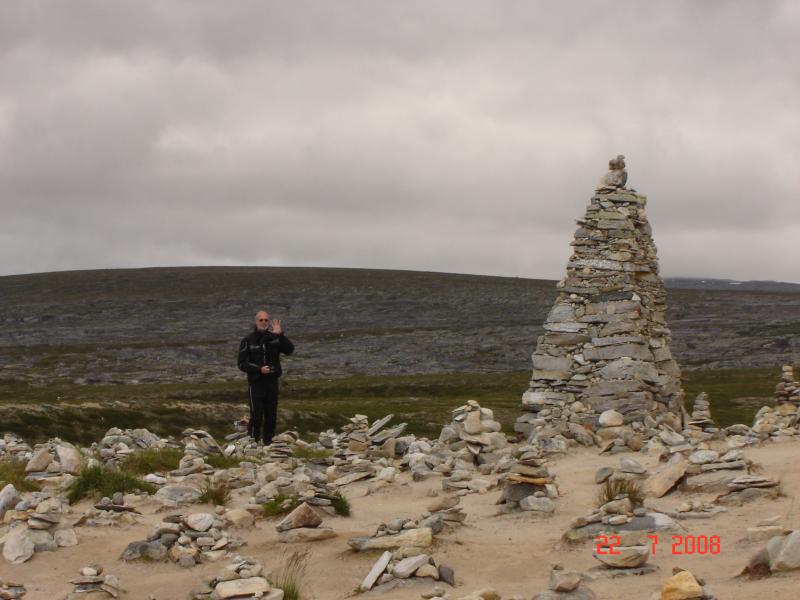 Thinking of third week in June sometime between 15th and the 23rd June.

That’s probably too early for midnight sun, it’s in the latter half of July.

Obviously in the middle of nowhere with no-one looking we may have gone a bit over, but they have portable radar traps where there is habitation. We had read about fines of £1000+ or 3 days inside for small transgressions, or bikers being “evicted” from the country as an alternative to having bikes seized.

Yup , them northern euro countrys will empty yer wallent one way or another :laugh:

I’m very interested in doing this - we have plenty of time to save up:)

Oh lordy, well after my French experience then ha ha id best be on my best behaviour

Oh lordy, well after my French experience then ha ha id best be on my best behaviour

Someone tell Mark to have his van ready and waiting

Food and drink is where the costs are . Go in a resturant that is only on the reasonable scale and watch the bill rack up :crazy:

FUEL is a massive cost abroad at the moment I went last month and it had gone up 40-50 cents, dont sound a lot but on long trips it adds up, use via michelin programme as that will calculate your fuel/toll etc costs, if you work on Euro 1.60 to a litre then you will get an idea, Im already planning my trip to South of France next June…sod the cold I want sunshine