well thanks for an absolutey fantastic day!!!

i bluddy luv riding with you lot!!!

huge thanks to ollie lou and stace for…well thanks…and big thanks to flats and all the LBers who made it today…your all brill!!!

right im off to have a shower…

Hope you lot had a tops time, sounds as if you did !

As per usual work got in the way for me and I had to spend all day in bed, completely exhausted !!

I will get out on a Flatout organised ride out one day, I promise !

excellent ride there and back. shame about the funfair being shut!! oh well was a good blast! cheers guys

Went seans for a cuppa on me way home so just goy in!! just placed the 1 in the garage gonna have a shower i think,

Thanks everyone for turning up and Danno for route assitance it was a good ride, it seems i had the same old cornermen everytime i looked in my mirrors so cheers to you people

Thanks to everybody for another great day. Flattie, maybe not the last one for the year??

Thanks to all the great cornermen and women who made sure nobody got lost, even I managed to stay on route today, thanks to Wiggi’s frantic waving and gesturing or was it the leathers?

Blade, hope you got home OK, I think we passed most London shoeshops on the way home.

Just got back but we did go via High Beach teahut for a cuppa!

Great first rideout with the LBers - look forward to more

Was good to put faces to comments

been back for a couple of hours now, an excellent ride out and really well organised, thanks to the guys who sat on the corners!

ill be sure to come out with the Lb’ers again

Thanks for a great rideout eveyone, looking forward to the next one!!!

This was my first ride with LB and i really enjoyed it, bike went well weather was good, thanks to the peeps who sat at corners and to flats for orginising it. Look forward to the next one. 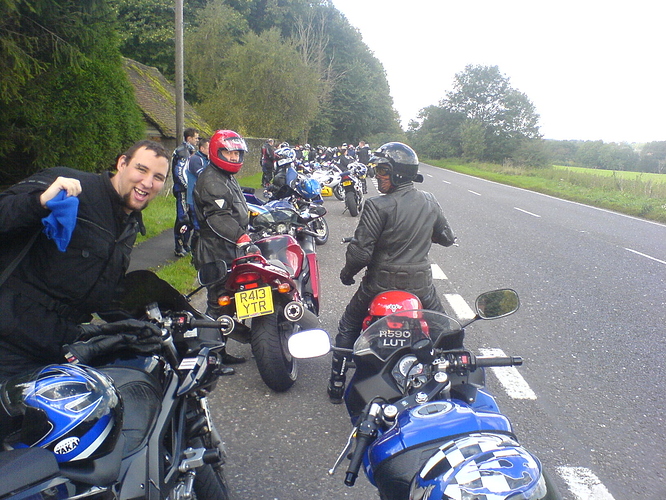 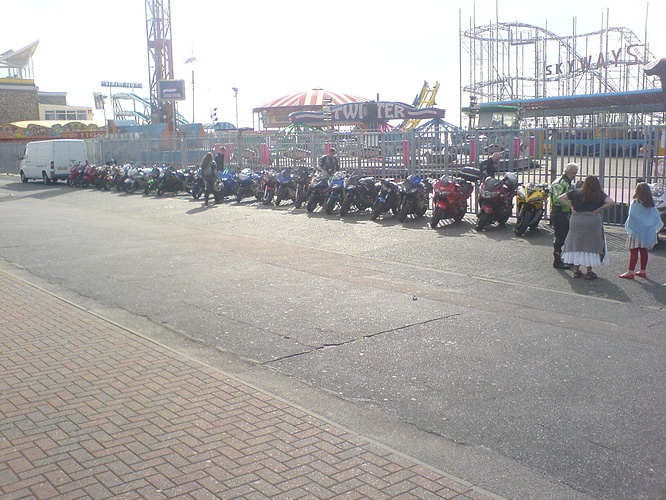 Yeah great ride Flats, thanks darlin for organising it. It’s dificult to please everyone all the time but you did today. Ta!!

what did everyone think of the route down there? too long? too short? just right?

It was cool Dan just right despite the amonut of us, and the varied abilities we kept the bunch quite close i did run out of cornermen somtimes but i put that down to the fact that some of you ride suzuki’s

better a gixxer than a flying banana!!!

Hey all had a really good run down, weather was grand, roads were mostly clear! and great company!, special thanks to Andrea, Blade, and shewolf!!! glad we all got back home safe!!!. maybe another rideout soon?

Yeah, i got flies on the back of me helmet from where i was turning round looking for the Gixxers

Had a wicked time & some really good laugh’s,

glad you all got home safe & sound