LB is quickly growing, both visibly and behind the scenes with the plans we have to make this the best thing for bikers since the internet was invented. We need a way of identifying ourselves, which means a logo we can use on the site, and all of our branding material (stickers, banners, clothing, etc). I’m by no means a designer myself, but have had to assume this role during the development of the site. The current logo we have on the site isn’t really a logo, and certainly not something we evisage being able to use, so I would like to ask the community for help in coming up with a logo!

Whilst we’re only the curators of LB , we would like to offer some words that we think reflect elements in the meaning of being a london biker:

I came up with the following draft recently to put some ideas down, perhaps it can start the ball rolling:

HEY JAY THERE A BIT PLAIN DON’T YOU THINK OR ARE YOU ON A BUDGET? BUT I WAS THINKING MAYBE A PICTURE OF MAYBY YOUR K5 IN BLACK AND WHITE,IN FRONT OF THE LONDON EYE WITH THE LB LOGO IN THE CENTRE OF IT AND A LONDONBIKERS.COM AT THE BOTTOM.

WHAT DO YOU THINK JUST AN IDEA?

how about something like the nurburgring stickers , you could have the outline of london or the m25 in white with the words londonbikers in white underneath it, all printed onto a black background?

Thats an idea that I may start work on something

Phil, thanks for the suggestion

The image above is just a taster, I knocked it together quickly to start the ball rolling, they’re not intended to be proposed versions.

It’s best to stick to one, or two colours ideally, as that way it’s easy to transfer to print. If more colours are used, then an alternative version with one or two colours should still be possible, i.e. for clothing you might get just one colour to print, the same for many stickers. More colours means much more cost.

Im actually a fan of the ‘original’ effort. The one here

I reckon quite smart. Ill have a go tho.

Right ok don’t shoot me down too badly this is just a tester as are Jay’s I have been messing around for a few mins and come up with three different versions based on the M25 thing!

I only used my bike in the logo as my other half did a pretty good pencil drawing of it but this could be any kind of illustrated bike.

Don’t say there too rubbish

Ps ignore the poor pixelation on the logo thats just because it has to be small for the web. Please also ignore that the logo has a square white background. 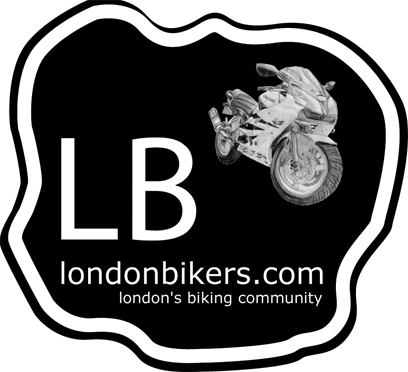 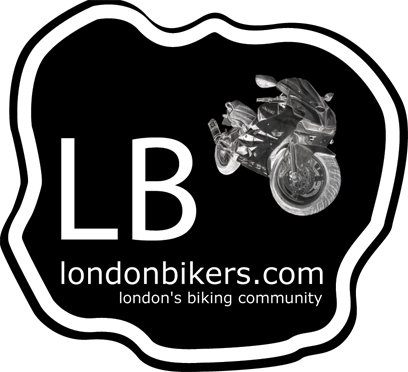 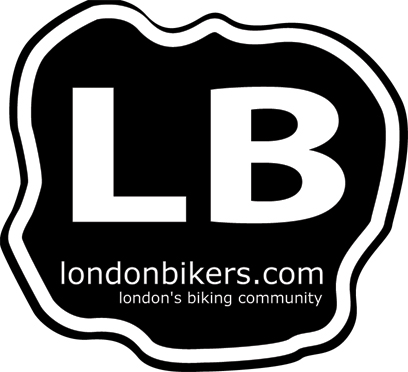 what i was thinking was just to have a thin white line for the outside following the route of the m25 / greater london and just to have london bikers in white underneath.

but you have done better than i could do!!!

Cheers mate. I will work on some other verisons over the next couple of days using the same theme with different designs. Great idea though mate credit goes to you.

Jay, do you have any set dimensions for the logo’s.

for web use, etc.

is 79 x 79. Do you need a direct replacment to avoid website designs issues, or you got some other plans?

ZX6RJ2-YELLOW THATS PRETTY GOOD AT LEAST YOU WENT WITH MY THEME OF THE BLACK AND WHITE.THE FIRST ONE LOOKS GOOD.

JAY WHAT DO YOU THINK?

Thanks mate they look ok but it’s up to Jay I suppose. Not sure it’s gonna be what he is looking for. I can alter the design to many different variations though. Watch this space.

Nice one Tel, forgot you are a designer type.

Errr, just my opinion, but isn’t the M25 outline a little - err - nondistinct - I mean not recognisable. Looks a bit like a splat. Soz.

how many people will recognise it for what it is? I know the Ring logo looks pointless too, but when you’ve been you get the shape

Would many Londoners get the shape even when you told them what it is?

But like most critics, I’m a little short on ideas myself…

No good fair points Andrew. I am going to work on a london eye version tomorrow night with all the pods on it etc. It will take some time to redraw so look out for late tomorrow eve for updated versions.

Just looked for a map of the m25 the shape is right but no one really knows what shape the m25 is do they so would not recognise it.

YOU TELL HIM MATE.THERE IS NO EFFORT FROM ANDREW&7 SO TO BE HONEST HE CANT CRITISIZE.

KEEP UP THE GOOD WORK AND I LOOK FORWARD TO SEEING NEW IMPROVEMENTS.

JAY WE HAVE FOUND THE DESIGNER FOR THE LOGO!!!

Hey nice input guys. Thanks for the effort Yellow. I think the M25 outline is a little ambigious, I didn’t know what it was at first, until I read the post, sorry. The more ideas the better, so please keep them coming. I’ll have another go in a day or two as well.

I know. I really wish I could come up with summat inspired. But hopefully I can offer objective criticism or praise?

I am only init for the free t’shirt…!

no one got back to me with the image sizes… I will do some ideas today and they modify them to suit.