Has anyone/knows anyone who has got done for speeding in a 20mph zone?

As I was just meandering my way through Camden and its 20mph zones…not one car …where it could go faster was sticking to 20. So got me thinking has anyone been done for going over 20 but less than 35 in these zones. Cause it seems no one pays one bit of attention to these limits.

The met have explicitly said they won’t be enforcing 20mph limits, I think city of london police may have a slightly different view though.,

ahhhh I should have said except Tower Bridge! they have enforced that one for years since at least since late 1990’s

I live in Dunstable and they have just lowered the speed limit to 20mph on all of the roads except for the main ones!! My god 20mph is painfully slow!!

I was thinking about it and I thought actually I think it’s a great plan to get most people to stick to 30mph, my theory is that most people wouldn’t feel comfortable going more than 10mph over the posted limit therefore most people will now be driving at 30mph if that makes sense!

I would like to know if the police enforce this too, there is a local guy who has taken to filming people down his road since the new 20mph limit was bought in and he says he passing video evidence of people speeding to the local MP to pass on to police lol I don’t know how he knows how fast people are driving, he has his own facebook page with all the vids on lol!

Let me just dust off my annoying know it all cap and put on my black rim glasses complete with trapped up bridge… ahem.

Bit of applied math. If he has two points, say two lamp posts, that are in full view during the video, he can measure the distance between them and then playing back the video, time how long it took the car to move between the two points. Speed is distance traveled divided by the time it took. Still doesn’t take away from the fact that without calibration it probably doesn’t mean much more than you receiving a letter from the police saying “don’t be a d*ck”.

Cap removed. Glasses back in case. 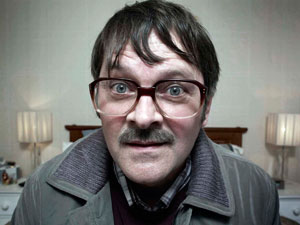 I don’t think I’d be accepting any letter like that, and it would be returned to sender marked as ‘unwanted & unsolicited junk mail’.

That’s the problem these days… too many people are happy to film things on mobiles etc, and post them on social media sites, so we get ‘trial by social media’, Maybe some of these people should take their head out of their asses, stand up, and say what they want to say face to face. That might require balls though.

ahhhh I should have said except Tower Bridge! they have enforced that one for years since at least since late 1990’s

I didn’t get ticketed but was given a severe verbal ‘re-education’.

But the fine/points thing in a 20 is a question I’ve asked before and never had a definitive reply.

Ive said it BEFORE but nobody picked up on it. As you come down passed Belsize park (Haverstock Hill) or somewhere just before there, there are signs either side of the road (facing you) informing drivers of the change of speed limit.
HOWEVER, the signage is illegal as on one side of the road it says 20, the other 30.
If I ever received a speeding ticket, I would appeal on those grounds.

Yup. I was doing 36mph in a 20 zone in northampton. I didn’t realise it was a 20mph zone til I saw the police standing on the kerb. I was given a fine + three points. They didn’t offer a speed course .

Ive said it BEFORE but nobody picked up on it. As you come down passed Belsize park (Haverstock Hill) or somewhere just before there, there are signs either side of the road (facing you) informing drivers of the change of speed limit.HOWEVER, the signage is illegal as on one side of the road it says 20, the other 30.If I ever received a speeding ticket, I would appeal on those grounds.

Thought I’d resurrect this thread as I was just reading on a local website from a whole load of people have recently been sent NIPs for exceeding the 20mph limit on the A23 London Road in Norbury. Seems that 24mph is the tipping point which is in line with the 2mph +10% guidelines.

You have been warned!

When putney hill became a 20mph limit, the cops continued using the spot just before the roundabout as a speed trap, they seemed to be pretty lenient but i guess you would get a fine based on the 20 limit.

A few weeks later that bit went back to a 30mph limit, i’d be a bit pissed off if i was caught in the brief 2 week period that it was a 20 limit.

has anyone been done for going over 20

Cabbie twitter is full of angry cabbies complaining about being done at 24 and 25. Chelsea Embankment seems to be the worst.

I live in Camden and it is horrible trying to stick to 20 when all the Ubers and black cabs habitually do ~35 mph.

My routes into (east) London include Lea Bridge Road, Forest Road, both have 20 mph speed limits and several speed cameras

I don’t know if there’s been a general tightening up but I’ve heard/read lots of reports of drivers getting a ticket at 24 in a 20 and 34/5 in a 30. Seems to be on the increase…

You should try as high a gear as the engines torque will reasonable allow, it gives you a better roll on/roll off throttle response and more control over the motorcycle. For example, The 250 can be ridden at 20 mph in first gear, top gear (6th) and any gear in between, in 20 mph zones I tend to ride in 4th or 5th gear in light traffic or 3rd or 4th gear in heavy traffic, it mostly depends if I’m accelerating or decelerating into the 20 mph zone. Then with forward planning I’m able to adjust my speed according to the traffic flow by simply rolling the throttle on and off with the occasional dab on the rear brake.

If I go up to 2nd the engine starts labouring.