Go on then... take the mickey, but give me your opinion

I’ve been quiet on here for a while but thought I’d come back to ask for opinions on scooters.

Plan is to move to new house in just under a month. House is a bit further away from town (and train station) so want to get myself a scooter to go to and fro. Looking to buy new so have limited things to fix / check etc. The two contenders at the moment: 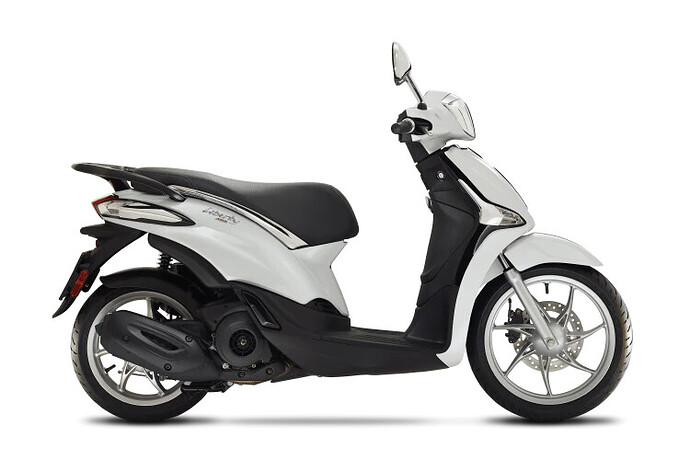 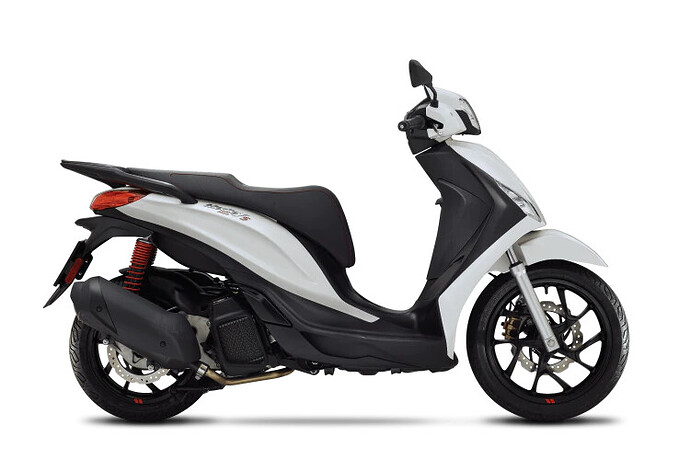 Looking at 125s only and dismissed brands from Asia (perhaps an error). Use would be light, occasional trip to train station, maybe the odd trip to supermarket or gym.

Budget is £3.5K max. From what I see the medley has a few extra fancy bits and a little bit bigger underseat storage (will be doing the helmet test when I go to see them).

Any others in that price range (new), at the CC I may have foolishly ignored?

if you’re only looking to ride this to the train station would you not be better off getting one with a sound engine etc but looks like a dogs dinner.
So many get nicked would you want a new good looking one?

Can we ban this mofo?

Honda 300 Forza, get a maxi scooter. Those two look rather “delicate”

I bought a shitty Peugeot in 2016 from new, with the sole purpose of commuting. As shitty as possible, so I can even leave it in central London when I’m in the office and at the station when I have to travel.

Should have mentioned, I live far out of London and theft not really an issue / concern…

I’m a bit tired buying used after a few bad experiences and can’t be bothered trying to find one with a sound engine. I just don’t have time to be feeling about with repairs etc anymore.

As for being delicate, I’ve seen both of these survive years of abuse on the streets of Athens which make London feel like riding on the Silverstone circuit

Even when parked up all day at the train station?

I live in London and theft is a major problem. My partner has a Piaggio Liberty; I use it more than she does these days. It’s a great little machine. At one stage I did think of upgrading it for something with a bit more poke and more importantly a bit more storage space but decided to keep the Liberty because it has been parked on the street for 13 years and never attracted the scrotes’ attention. It’s had mirrors stolen but it’s never been stolen. I know people who’ve had three Vespas stolen one after another and then given up riding.

I think part of the Liberty’s success against the thieves is it comes across as ‘a girl’s bike’ (ours is a lovely cream colour) and the scrotes wouldn’t be seen dead on it.

In your case I would be looking at an e-bike. A lot less faff to run. Even a Liberty needs taxing, MoTing, servicing, discussions about NCBs and petrol - although not a lot of petrol, ours does weeks on a £6 fill. And helmet, where are you going to leave it? Easily stolen from the top box in the train station, or carry it on the train? An e-bike doesn’t need one.

I have considered replacing our Liberty with good e-bike which I could use to haul our teenager around for dad’s taxi duties but when you move to that level of e-bike they are £4k - £5k and very attractive to thieves. My twitter feed is full of stolen reports. The insurance quotes we got were over double what the Liberty costs to insure.

So we’re keeping the Liberty as long as it keeps plodding away.

I can’t be 100% sure but my wife monitors the local groups and the slightest, most minor, crime gets mentioned and we’ve never seen a motorbike theft. Yes they happen (found some mentions in the paper) no doubt but there’s always bikes there with nothing, I figure if I put a chain or disclock I reduce chances enough. I will be going to the station once every couple of weeks for an all dayer so chances get even more reduced that way.

I would have liked an e-scooter (house has an electric point built in) but it’s too limiting and expensive at the moment (from what I could find) vs a £2,700 Liberty… Can’t get an e-bike as occasionally want to use it for jumping on with my wife and going for lunch somewhere.

@Serrisan I was being polite when I said “delicate”, I’ve re done my D&I training recently!! In old LB money I’d have said looks girly and you’ll look bloody funny on one!!!

You can’t just wear flip flops… it has to be flip flops, coffee in hand, cigarette in mouth and shades the only thing covering your face / head.

Surely you have to get a papaki (cub)??

I really wanted one but finding one in decent nick, with the round headlight, that isn’t a barn project and doesn’t cost the earth is a challenge.

One day I’ll have one.

+1 Get second hand Sally Gunnell (a good runner but…)

Raise the bar and go for a 250, most used 125’s will have been previously owned by spotty teenagers and fettled by folk not allowed spanners. The difference in price between new and used will leave you more than enough hard earned in the bank for any repairs, even at independent workshop rates.

Love this forum… Ask about advice on a new scooter, advice is to buy a used one

A new 125 gets around the issue of spotty teens
I’m allergic to used at the moment.
Don’t have time to buy and then look at repairs / changes, neither to look around for a ‘good’ used one that I like look of.
Just want to buy one that works as it should from get go
Don’t really need 250

You do know new ones can break as well don’t you?

Don’t say that… I had no idea!

The word get go being crucial here… Having bought used that needed repairs from get go, keen to avoid it!

I don’t know if they are even still in production but i used to have a Yamaha Cygnus X and the under seat storage was big enough to store a full face helmet, gloves etc. (I think the fuel tank was under your feet). It claimed 2 full face helmets would fit but i never tried it.

If i was buying a scooter for station commuting, i think storage would be one of my main considerations. Very useful to be able leave your riding gear with the bike rather than carrying it with you on the train.