Fox/Cat deterrents - do they work?

noticed fox (or is it cat) poop in our garden the last three days.
shit!

No. We’ve not found anything to work. It doesn’t help that one of our dumb-ass neighbours feeds the foxes.

No. Try lion poo. We didn’t get great results but others I know did. I’ll photo what we using currently which is ok when I get home

You need piss along the borders

Buy the strongest chilli powder you can in sacks and spread that around liberally. Works a treat on foxes.

This is the one that sort of worked. Didn’t stop entirely but much much more… It’s also better than the sprays because they need constant reapplication.

Not sure if it works on foxes. In our case it’s mainly cats 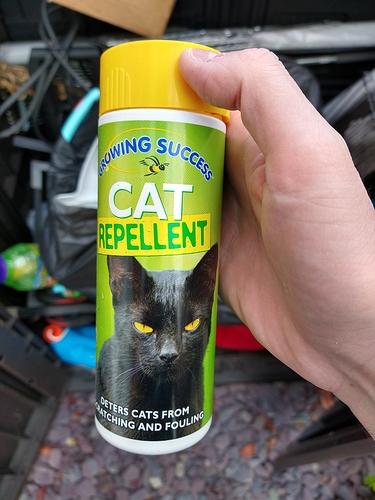 did look into lion poo, but how do you know its the real deal.

i did read that male wee has the same affect, and did try that in the past.
so might have a few beers tonight and wonder into the garden

did look into lion poo, but how do you know its the real deal

Have a few beers, go to your local zoo, take thick gloves

That pee thing I think is a bit of a myth… Also it makes your garden smell like a pub at closing time, so you’re swapping one shit hole for another

Shouldn’t the foxes be eating the cats.

I think the cats outfoxed them

I’ve tried peeing. It doesn’t work. But it was useful when we only had one bathroom whilst we had building works on.

Be nice to cats.

Shouldn’t the foxes be eating the cats. 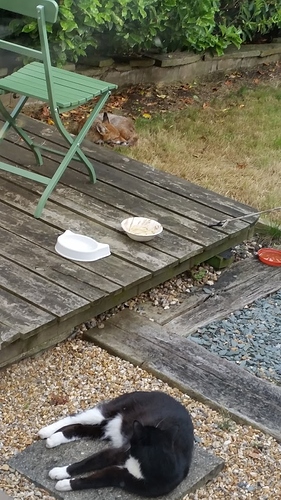 What I do know is that they really like fresh soil. I extended my drive in May and every morning I’d come out to my dig out and it would be covered in cat shit. I dumped a bit of the soil in the flower beds out the front and they’ve not stopped shitting in it since, really stinks every time I walk past it

I’m now digging a big hole in my garden to extend my garage to the back and fully expect the same to happen round there.

The zoos sell it and call it zoo poo and I can confirm it doesn’t work nor do the sonic cat alarms, nothing worked for us when we lived in Waltham Abbey next door to the neighbour from hell and her pet rescue mission. We were plagued with cats, their all night howling, piss and poo whatever we did walking around our garden was like like face planting a well used cat litter tray. The only thing we found to work was selling up and moving.

Living in rural parts has its problems too. We have an occasional fox visit our garden here and its partly welcome because it deters the rabbits who dig up and destroy the borders and vegetable plots. We can deter the fox by placing a motion detecting lamp at the point where the fox enters our garden, the light seems to spook the fox and turn it away. Our smelly garden pests come early on in the year in the form of pheasants and partridges, their poo proper stinks and burns holes in the lawn.

Funnily enough the cats on our street have eased off ever since I put fresh lawn on. They now go the neighbour mostly who has gravel (or pebble). And we have neighbouring patios only joined by an iron rail fence so they can easily get to both.

We had also tried a spray which seemed to work but trouble is you’d have to spray frequently, particularly when it rained.

Ultimately I think most of these things have limited effect - every cat is different and every cat gets used to something. So even a clever sprinkler system might work to start, but then the cats get used to it or know how to avoid it. I think the best advice I read (not that I followed it) is to always change up what you put, that makes cats never really know what’s what.

But this is @Panagiotis we’re talking about and he has to accept no solution will be purrfect.

Oh and lionpoo is available outside of zoos. Even on Amazon (the store, not the forest) 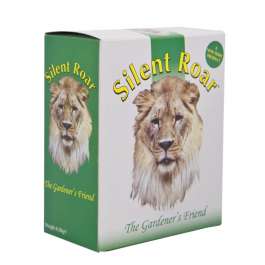 Helps to keep unwanted cats away from your garden

Why I can see people in this thread doing this: 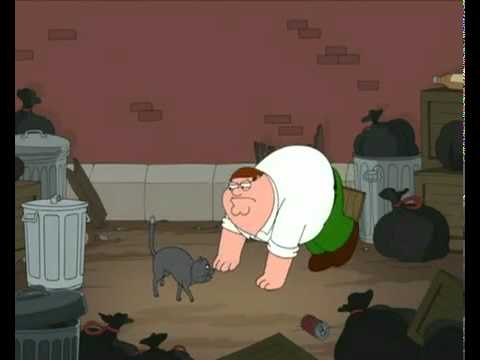