Can anyone explain central London cameras to me please?

without wishing to hijack a good thread on roadcraft, I don’t think a speedo/odometer are MOT fails - just need to come from factory. I’m sure I’ll find out next MOT. Will need to disconnect the check engine light (deleted the ABS)

@duke390 happy riding! You’ve not future proofed yourself with that name I have to say

What’s your route if I see you I’ll wave

I am both a pedal cyclist and Ducati rider (and I’m a pedestrian, bus user, car driver and occasional van driver). This morning I cycled my mountain bike 13 kms.

I think motorbikes using the ASL has to be on a case by case basis.

I remember one of my first rides on the motorbike, having just passed my test, I filtered up to the ASL (advanced stop line) at the roundabout at Lambeth Palace. Two lanes of densely queuing motors. As a long term cyclist I decided not to go into the ASL on a point of principle. The lights changed and the van beside me jumped them before I could move, that left me stranded as others behind him gunned it too. It was a stupidly dangerous position to have put myself in, and rightly gave me an almighty shock. Once bitten, twice shy; I decided then and there that three points or not, being respectful to pedal cyclists or not, I would thereafter put my own safety first.

So now I don’t enter the bicycle box if I can avoid it but when I experience a situation like the above I will enter the box. And yes, you might criticise that and say one shouldn’t filter to the front unless one can see a safe, legal, space but if we didn’t filter while riding in London we may as well use the car.

I don’t think a speedo/odometer are MOT fails

The MoT station might not notice - it would need to be on a rolling road for the failure to be seen - but a working speedo is a legal requirement.

For me it’s either pull partly into the bike box or stop (as you legally should) behind the first vehicle in the queue.

If I am filtering to the front of traffic I want to be at the front, fully visible and safe. Stopping between two vehicles where they might not see you is too dangerous for me.

Speaking to the cops on my bikesafe days they tend to be pragmatic about cycle lanes and bicycle boxes. Along the lines of “if there are no cycles and it is safe then feel free, just don’t ever do it to the detriment of a cyclist.” Especially bicycle boxes, then they told me you will only ever be fined if you have done something else to annoy them and they will use that as an excuse.

So now I don’t enter the bicycle box if I can avoid it but when I experience a situation like the above I will enter the box. And yes, you might criticise that and say one shouldn’t filter to the front unless one can see a safe, legal, space but if we didn’t filter while riding in London we may as well use the car.

To be honest, this is the point I was making. I’m not saying by any means I’m an angel but the I’ll go into the box regardless attitude is just a bit cavalier.

To clarify my position on cyclists, I am one also, riding generally into the high hundreds if not thousands of miles a year. The general populous of cyclists just seem to think it is ok to move without looking, turning without indicating and then go off on drivers/riders etc because they have not put their own safety first.

The general populous of cyclists just seem to think it is ok to move without looking, turning without indicating and then go off on drivers/riders etc because they have not put their own safety first.

Without wishing to sound smug, I feel I’m a better cyclist since becoming a motorcyclist. No one ever taught be to do shoulder checks before now I do them all the time when cycling.

It does all road users a power of good to see it from the other side. I spent a year driving a very slow (old-fashioned non-turbo diesel) white van. That changed my perception of what van drivers sometimes have to do. It’s also worth looking out for the https://www.cityoflondon.police.uk/advice-and-support/safer-roads/Pages/Exchanging-Places-.aspx programme. It’s aimed at cyclists but it’s worth motorbikers popping along too and learning about how easy it is to get hidden from the trucker’s view. 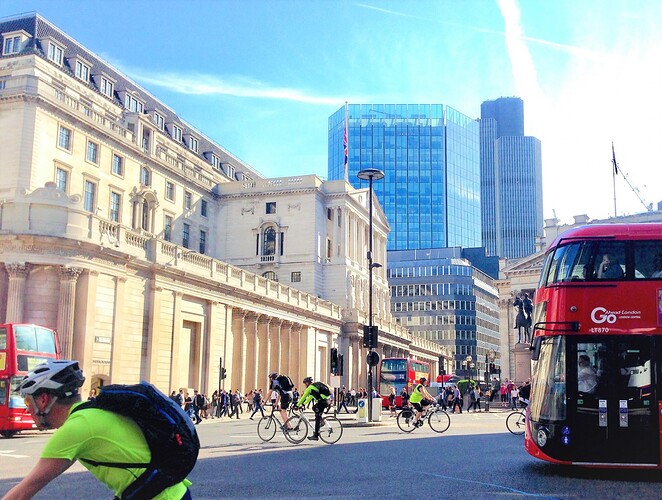 The City of London Corporation’s most senior decision-making body, the Court of Common Council, has voted to make the Square Mile the first area in the UK with a 15mph speed limit, subject to government approval. The decision follows a public...

Hrm, that’s odd, that means they’ll outlaw 30mph electric bicycles when (if?) UK law catches up with EU law, which seems at odds with wanting to put the focus on walkers and cyclists.

What about cyclists going over 15mph, could they trigger any cameras?

I believe speed limits apply to motorised vehicles only

A cyclist could be prosecuted for reckless endangerment or something in the event of a crash, but aren’t bound by speed limits

This is correct. Speed limits only apply to pedal cyclists in the Royal Parks through bylaw - and indeed many have been prosecuted for exceeding the limits - on the public roads the limit does not apply to non-motorised vehicles.

I haven’t of anyone being caught since the clamp down. 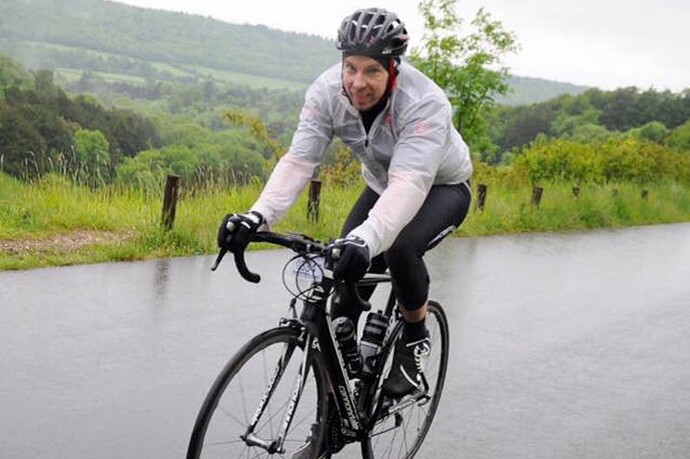 London cyclist fined £400 for speeding after being clocked at 38mph in...

Paul Harness, 40, lashed out for police for "hiding behind trees" after he appeared at court charged with speeding and cycling without due care and attention

Before I had a big piston between my legs, I used to cycle to football training. On the way back, there’s a 40mph zone with the camera pointing downwards on quite a steep hill. Set that off once

They were wondering who that was. Thanks. The PCN is on its way.

15mph in the Square Mile isn’t too bad. Even at 20mph you can make good progress as the area isn’t very large. With regard to cyclists much like running red lights they need to understand that they are not exempt from the law. And those clowns on electric micro scooters.

I believe speed cameras take two photographs hence the two flashes. If two vehicles go through at the same time they compare the two photographs to determine which vehicle triggered the camera. If its not possible to determine no FPN notice is issued. Its happened to me twice on both occasions I was side by side with a white van man with us both doing +10mph or more over the posted limits and no FPN result.

Anyone up for a flash mob (see what I did there) testing of this theory?

And those clowns on electric micro scooters

They’re completely illegal. Believe I saw a news story about some Police force clamping down on them.

Though I think this is nonsense, if they allow electric bicycles then they should allow electric scooters/skateboards. Some rider education might not go amiss though

The difference is “electric bicycles” are electric assist only. The user has to pedal and the assistance cuts out at 15mph. If you see any (Deliveroo, I’m looking at you) riders on bikes who are making progress without pedalling, they are illegally modified.

Several countries have legalised electric scooters, Germany did so last month. The UK government is currently studying this but is a bit preoccupied with other matters at the moment. I’m all in favour of legalising them. There is a natural smugness among motorcyclists to look down on others who haven’t done their CBT and bike licence but just remember every one of these scooters, even if they annoy you, is one fewer Toyota Prius in your way. Let’s have more of them.

Yep, though there’s two categories, pedal-assist and powered. EU allows both. We haven’t quite got there yet. Think we should, but 15mph sounds a bit shit. 20mph at least, surely.