Not a Londoner anymore but this shit is happening all over.

Stolen on Monday afternoon about 2:30pm from my work in Chelmsford.

Got security footage and bike was gone in 2 mins despite alarm disc lock which they smashed (I have a part of it).

Typical two up on another bike (likely stolen) and wheeled out of the car park by one rider pushing my bike along with the other sitting on it.

CCTV caught the whole thing but of course it was zoomed out so no clear plates (probably useless anyway).

A mate of mine works on security desk and said the Police officer that called said they couldn’t do anything as no plates and no clear face of criminals as they kept lids on.

Anyway…bike is likely in bits now or destined for foreign lands but I thought I’d post some pics just in case anyone sees anything turn up.

One thing, they must have been scouting the area regularly for some time as they knew exactly where my bike was despite not visible from the road and they possibly were targeting me as they specifically went for my 10 despite a newer and (and possibly worth more) Ninja 6R with no security parked next to mine.

Also this was my first day back after a 2 week break.

That’s it for me and nice bikes on the road…This one was destined for track anyway whilst I got sorted with an older bike for the road.

Don’t get complacent even if you think you now live in a nice area away from Scumdon.

If you use anything nice to get into work, consider not doing that anymore.

If you can’t, then consider not bringing it in everyday and vary your routes home.

Tracker UK…Go back 10 years ago on here and my R1 was recovered with in 48 hrs…No real damage…Thieves caught…5 bikes recovered.

There are cheaper alternatives and track it yourself nonsense, but this is the only Police approved and Police tracked service. And they send out an officer to wait with your bike when recovered. 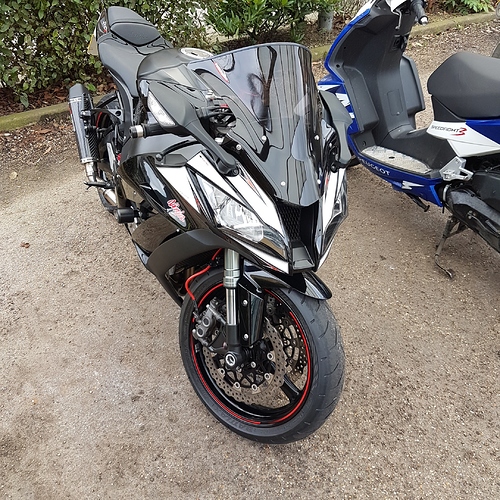 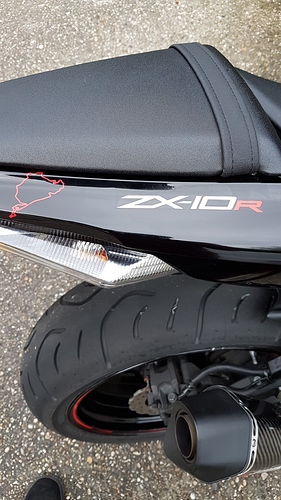 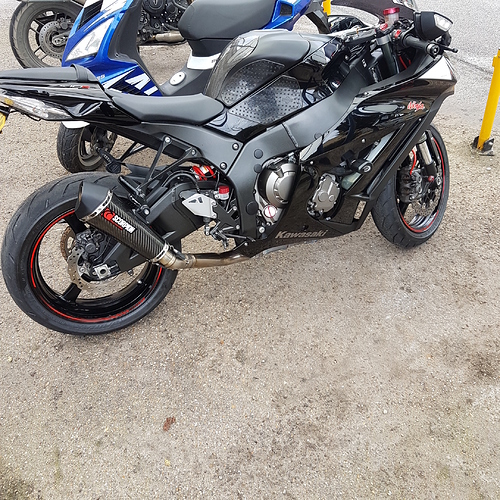 Please post it on the stolen group on fb.
Also try looking around it might be hidden nearby.

I have looked around…Will continue to do so.


Thanks for reply.
I stopped using Facebook years ago, but have posted a few things on Twitter recently.
I have looked around...Will continue to do so.
Cheers.
Afro

Sorry to hear that, almost a weekly post now of LB owners having bikes nicked.

Stolen from Anglia Ruskin University car park around 2:30 to 3pm

that’s the main place where they try to hide bikes

Totally crap news.  So sorry this has happened.  I know the sinking feeling all to well.

Sorry to hear this…lots of hate for the filthy scum.

You know when you get into bikes, you didn’t do so expecting an easy life of vehicle ownership…Certainly not in this country.

You pay up the high insurance…

Quite a high risk of having an accident and getting hurt.

Having a crash (possibly not your own fault) and spending out hundreds to thousands to get back on the road.

So you put up with all that because you know…it’s bikes…then some c**t thinks nothing of stealing it.

Manufacturers do nothing about advanced factory security…that already exists, because look at the exotic car world.

MCIA report the gradual decline in bike sales and people taking up doing the test…Doh!..I wonder why.

Sorry to read this Afro.

these thieving cuts are everywhere now

feel free to tell me I’m talking shit and it won’t work at all.  But why don’t motorcycles atleast have a very strong parking brake thats locked on by the key.  At least it will cut down on these scooter bastards just wheeling it off into the sunset.  Only van thefts will occur then.  Which is more common though?

Likely because the brake calipers are left exposed to the weather. Leave your bike parked in winter, you’ll come back to it in the spring to find the brake seized and the pads stuck to the disk

Would have to involve more than just the brake caliper though as you could just undo the brake line from the master cylinder and apply negative pressure to unlock the brake.

But the consequences of something like that failing whilst the bike is being ridden (legitimately) would be dire.

you mean something like this, mounted under the swingarm perhaps?

I reckon some kind of locking pin that went through the fork leg or swingarm and locked into the hub of the wheel would be a good solution - grinder wouldn’t be an option because it’d destroy the fork/swingarm and the pin could be removed when not in use to prevent it causing problems.