His Paris Dakar attempt. Karen brought me the book the other day and I cant put it down. Its so interesting to hear tales of what the Dakar race is like and I must say those guys are heros! Very good read and if your into that kind of thing buy it as you wont be disapointed.

Will give that a go. Loved the Long way round, TV and book.

I have itchy amazon fingers.

oohhh cant remember am going home at lunch will look and report back.

realised I was being a 'tard and could search for it by author. 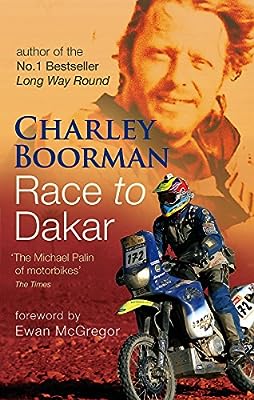 I am normally a slow reader but started this 2 days ago and about 10 pages from the end now. I know a lot of people slated Charlie an Ewan for there long way round trip because they had back up etc which I think is totally untrue and racing the Dakar really proves his courage. Fair play to him.

I knew the race was dangerous but I had no idea just how dangerous!