Where do you stand if someone wipes you out on a trackday?

Interesting article for all you track day junkies ! 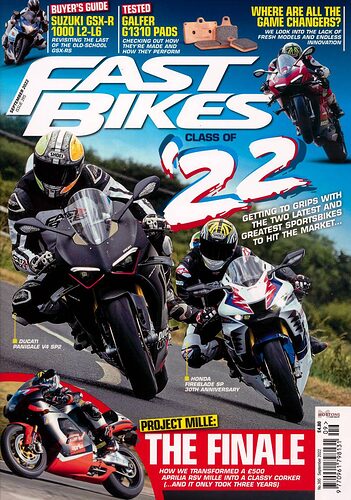 Where do you stand if someone wipes you out on a trackday? I booked a trackday with a well-known provider at a famous track. I was out on my Fireblade

…you are potentially gambling your assets/house!

If the injured rider had track day insurance, couldn’t he claim on that.
I’m quite surprised that insurance isn’t required to take part, seems crazy that you can go blatting around the track at 100mph plus and if you smash into someone they have no insurance to claim against.

I know that’s a worry

I would have thought the commission for selling track day insurance as part of the entry ticket would be a nice little earner.

You can buy trackday insurance, but it’s very expensive. Like £150 a trackday. I don’t bother. I take my chances. I ride within my limit and I’m very careful around other riders.

You can also take out income protection insurance. I looked into this, it came out to about £200 per month for me and would cover perhaps half my income. I thought this was a bit much so didn’t take it out in the end. I may revisit that.

More than I thought, possibly why so few take it up

I’m the same as Jay and don’t have cover. I also don’t run an expensive bike on track. If I binned it I’d be upset but it wouldn’t break the bank. If I was taken out I’d be gutted but it goes with the territory and I limit my expenses by running my old gixxer.

Compulsory insurnace would likely kill off track days. It’s expensive enough already. We all know the score although the trackday groups often have people moaning about being taken out.

The organisers suggest you visit them if you take someone out. If you wish to apologise then they’ll pass it on. You can of course do it yourself but with adrenaline high it’s not always the best thing to do right then.

Have got some track fairings going on the bike atm, to help mitigate some of the risk.

I was involved in a case just before I retired from legal where a rider who was instructing had been involved in a track day crash causing life changing injuries.

His own track day firm for whom he worked sh1t on him from a great height.

The bottom line is, these cases can be very difficult to get a result from and you have to jump through so many hoops.

In the case I was involved in, I was able to prove that the track day organiser was negligent and broke the basic track day safety rules as per their own instructions.

There was no claim against the two riderd

I was able to prove that the instructors and the administrators on site were negligent, and I had numerous statements from riders and instructors on duty on the day supporting the negligence claim, but when it went to court the Judge accepted the evidence of the defendants and the claimants barrister was bloody pathetic, The case was thrown out.

My people did not present the evidence properly or fully (lack of knowledge on the part of my colleague) and I suggested/insisted that they appeal.

Suffice to say they didn’t as I retired in the meantime, so I put it in the hands f a former colleague at another firm to consider a professional negligence claim aganst my old firm as the evidence to win the case was rock solid.

My understanding that the professional negligence claim is still ongoing, but the point of my post is despite what White Dalton or anyone else might say, track day claims for injuries sustained as a result of perceived negligence are so difficult mainly because thise preparing cases do not understand the issues, and even when all the evidence is obtained (and I spent months gathering all the evidence) if it is not properly put forward or articuated, you are on a hiding to nothing.

Sorry to sound negative, but it still p1sses me off to this day, and I have heard further similar stories, one involving a fatality.

Track day insurance is really your only safeguard.

As ever this may not be as simple as it seems. You need to think what you are looking for cover

As always with insurance seems you would need to read the small print.

Being a cruiser rider, trackdays aren’t high on my list. But from an insurance standpoint I’d want to know what cover would be in place if I obtained life changing injuries that meant I couldn’t work and pay the mortgage etc.