Long time reader and used to post when I had a bike back in the day but had an off and haven’t ridden since but getting back into it.

If anyone wouldn’t mind giving me a bit of advice?

I am getting a 1969 Triumph Bonny shipped over from South Africa, it is my Grandfathers,and you have to pay import tax on the value of the bike.

Does anyone know of a company or how to get a bike valued before it is even in the UK?

Many Thanks in advance

you have to pay import tax on the value of the bike.

i meant value the bike at £5

Oh haha.I am not sure if Customs let me value the bike but f the do I will deffo be doing that

I’d have a look on eBay and Autotrader to see if anything is listed that is of the same era and general condition. Other than that I’d get in contact with any Triumph Owners club and see if they can give you an estimate.

Thanks Kevsta, yeah had a look on Ebay and ranges from £8k-£10k but I thing triumph owners club is a good shout

Try the car and classic classified too for stuff of that era.

IMO you should first be looking at the import regulations to see precisely what the valuation entails. No point putting the research in to sold bikes when they’ll only accept what the owners club suggests, for example.

Best of luck. Hope the DVLA give you an age appropriate plate and not a Q

Cheers.Yeah have had a look around but not sure how the process works tbh but hoping I can get away with saying it is worth less than it is.It won’t be getting ridden much due to the age and the fact the rear brake and gears are on the opposite sides.

But the bike is mint for its age 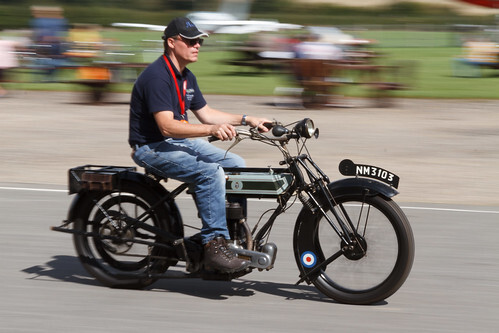 One owner since 1969,low KM’s and all original triumph parts.You won’t get many better examples.

This is why I won’t ride it much out of fear of dropping it.

You’ve gone and spoilt it now with a KPH speedo head, you’ll need to get that sorted.

You can bet your little cottons they’ll know its value, its what they do.

It may be MPH tbh I didn’t check that part.I still think in KM’s,a mile makes no sense to me

To most of the countries in the world it makes no sense, a bit like cricket