ULEZ Testing UK - based in Stevenage Herts - Junct 7 A1

One of my customers recently pointed me in the direction of this website , while testing his bike for ULEZ and in conversation , he pointed out that most people do not know there is another ULEZ testing station open ( as well as Riverbank ). He uses this forum and suggested I join and post here about what we do.

We are fully authorised by TFL and our results are updated daily , so bikes that are ULEZ compliant are charge exempt within 24 hours.

We are a totally independent company , with no links to Riverbank , other than we are both authorised by TFL .

This post is purely to let people know that there are options out there.

ULEZ testing is just giving bikers another option to how they can become charge exempt , we recommend that all of our customers check first on the TFL site to make sure that they require a test , many bikes are now in circulation that although pre 2007 , have been tested already and are already on the TFL system as exempt.

There is also the certificate of conformity from the manufacture for later years ( please check with them if you have to pay that the CoC does display a NOx reading of lower than 0.15 g/km

Bikes older than 2007 were not tested to Euro3 standards when they were homologated for sale into the UK , very simply we give these pre 2007 bikes the Euro3 test , if the bike has the required emissions to pass the test , then it is classed as ULEZ exempt.

This is not a political post , we have no views on what you think of the Mayor of London , This is simply a post to let people know we are here and they have another option.

Our ULEZ emissions tests take only 30 minutes, located within easy access of central London on the A1

Log in to Facebook to start sharing and connecting with your friends, family and people you know.

Interesting. Can cars be tested the same way? Would love to get a small runaround from the late 90’s or early 2000’s but feel the fun being sucked out of London life.

Hello , I did talk to TFL about this recently , cars are not tested to Euro3 , Cars are tested to Euro4 and Euro6 , It seems that to get a car that has high emissions to a pass requirement is a lot harder and a lot more expensive , than a motorbike to Euro3 standards.
As such , there is no company so far that has undertaken testing of cars.

Yes, would need to pass Euro 4. Thanks for answering. 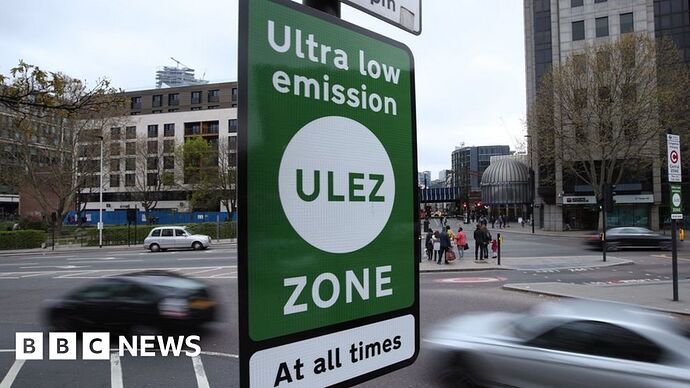 ULEZ: Ultra Low Emissions Zone to cover all of London

From August, drivers of the most polluting cars will have to pay £12.50 to enter Greater London.

That’s outrageous for all the reasons previously stated. So much for the cost of living crisis. It’s a scam for money and control.

We will have to get rid of Nicole’s Nissan Juke - maybe we’ll get a sports car with a big engine or a 40 year old classic.

The real problem is TfL’s payroll, too many fat cat salaries and pensions