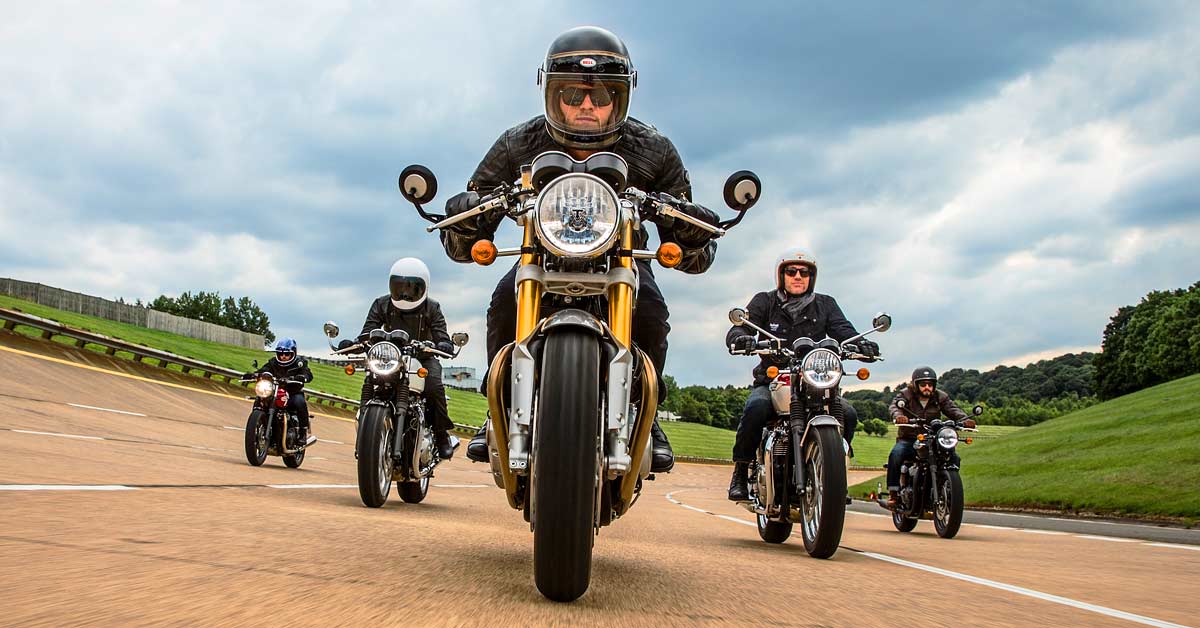 The wraps have come off the new Triumph Bonneville, and the changes are huge: More power, beautiful retro bodywork, and a huge selection of custom parts.

The Thruxton has similar torque to the Speed Triple, nice!

I wonder what the handling is like?
I’d been down for a Bonne looking thing if it handled something like a Street/Speed.

The 3 wheeled MT09 is the thing that has been going WTF.

I really wanna Thruxton R With the track racer kit.

Not sure if I’d be able to fit on it though.

Wot no scrambler? Surely that’d be the ideal competitor to that other 1200cc twin adventure bike…

that would compete against the tiger 1200 as well though

Triumph have lost my custom for ever.

Will be interesting to see the pricing; Thruxton R looks appealing!

Triumph have lost my custom for ever.

That’s for Palmers/Daytona, rather than anything in this lineup, isn’t it?

I’ll be very interested in riding the Thruxton R- the torque figures are pretty impressive.
It apparently has more torque at 4500 than my S1000R does at 9k.
I wonder how that will translate in real terms.

Her indoors has put her foot firmly down on the new mo’cycle front. Apparently I’ve now broken one too many