I fancy booking a track day and was wondering if anyone has any recommendations? The only one I have done to date is Silverstone GP circuit which I loved, and am tempted to book again, but may as well quickly see what else is out there. (For reference I will be on a 2013 Hornet, as much as I would love the R1 or Fireblade to race on, my trusty little hornet is fun enough for me.)

Silverstone and Brands Hatch look good at the moment, but what else is worth looking at. I am happy to stay overnight or travel a fair way from London if needed.

brands evening is not a bad shout in the summer as they can be good value and you can tick the box.

donnington is great and not that far away … from here

I also rode to cadwell on my cbr600 and did a free morning on a buell and then rode to my late shift … that was a big day - cadwell is a bit narrow but then so is the road eh !

Lydden hill is a good track and is more suited towards the 600cc bikes so you’ll get more different style bikes on the day. Just watch out for the Supermoto boys

For an unfaired 600cc I would recommend (in distance order):

As you loved Silverstone GP then worth also considering are:

Not many poor choices in the UK tbh. Though I’m not sure I agree with Lyddon hill as it’s a bit boring for bigger bikes, same goes for Bedford Autodrome.

travel a fair way from London if needed.

If you are London based then https://www.circuitdecroix.com is worth a look. It’s beside Boulogne which makes it surprisingly accessible. It’s a small technical circuit which would suit a Hornet nicely.

Cheers all, really appreciate the suggestions. Michael, that is amazing and I am definitely going to do Croix. I tend to do 3 or 4 French trips a year anyway, so that is perfect!

I am definitely going to do Croix.

It’s been a long time since I was there but their prices were reasonable enough that we booked the whole circuit for a day between a dozen of us several times.

What was lovely was being able to do away with sessions. One of the old hands advised me to wait a few minutes and sure enough everyone blasted out as soon as the track was open but twenty minutes later they were all in again, knackered, and the track was empty. As I’m a bit of a track-day numpty, bumbling about on an empty track at my own pace suited me very well.

Had some great fun at Croix! Good suggestion. Might have had a little slippy situation in the wet though.

Might have had a little slippy situation in the wet though

This is what it looks like in the wet: 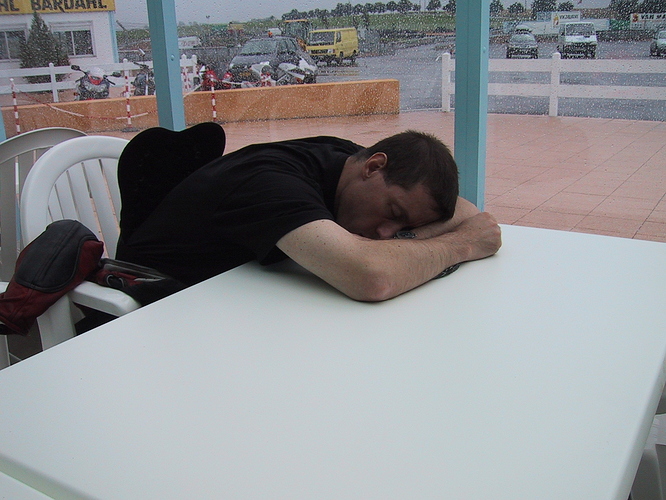 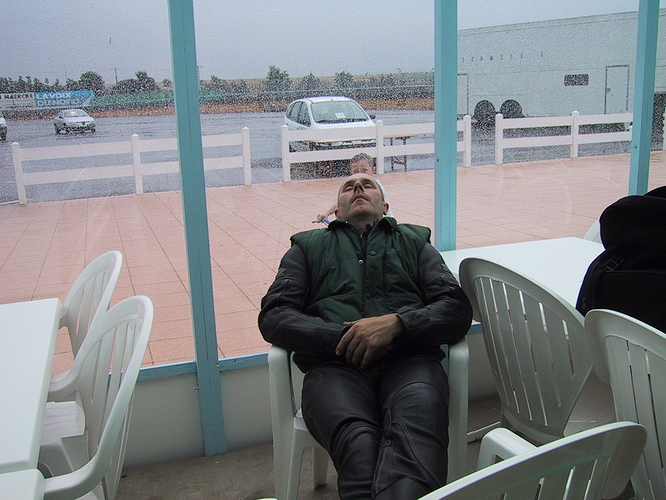 Michael is there any restrictions over there?

Where do you stay when you go over?

Do they speak English over there?
Am assuming same flag rules apply over there.

Michael is there any restrictions over there?

It’s been many a year since I was there, and I’m sure there have been many changes but I loved how unrestricted it was. After experiencing British circuits where, for example, Cadwell made me take my side stand off, and Castle Coombe has noise restrictions, in Croix they had none of that.

The only rules I remember were: only a certain number allowed out at once, we had to put someone on the pit lane exit to keep a count; and the doctor took a two hour lunch break which meant nothing happened on track for two hours.

And yes, they must speak English because my mates who organised the booking certainly don’t have a word of French.

We stayed once in a cheap hotel on the coast and another time in some golf hotel - which was nice - some of the lads did it without staying over: early ferry out, blast around the track, late afternoon ferry home.

I did three circuits in France within a week in August 2013. De Croix, Circuit Carole and Folembray. Folembray is ok, but I cannot remember the between De Croix and Carole.

I’ve been to Snetterton twice, didn’t enjoy it either time. Thruxton was boring, but that may be because it was wet.

Without any hesitation, I’d strongly recommend Parc Motor near Barcelona, Spain. I did a two day event there in May 2010 and a three day the following year. It’s a very wide track, so if you go into a corner/bend too hot, you probably won’t end up in the kitty litter.

For an almost risk-free track, consider Ron Haslem Race School where they provide the bikes and all the kit. I’ve been there three or four times now. 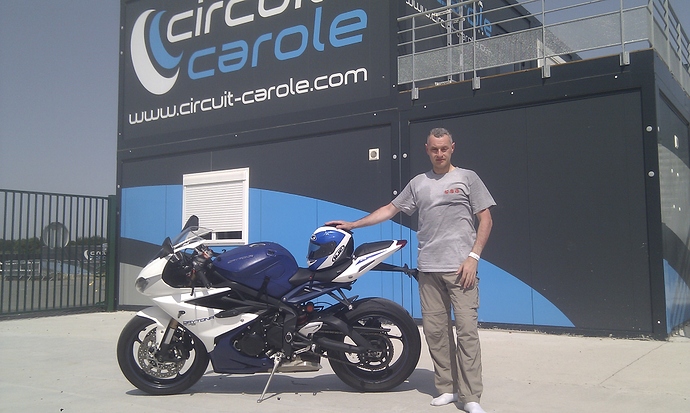 I thought Bedford was quite nice. Snetterton is also good. Tbh Silverstone has great facilities but the track itself is not very exciting. Donnington is nicer with the undulations.

Cadwell is awesome but it’s a bit of a journey. We always do two days back to back each year.
Snett is much better than it used to be but is exposed so always a breeze : today’s TD was suspended due to wind. Garages can be a squeeze. Donny is great and plenty of space and not too far. Silverstone is fun on a big sports bike but I’d suspect less so on nakeds and smaller machines. I’m yet to try the new surface but reports are good. Brands (only done in a car) makes me dizzy. Not been able to do the GP circuit yet but thats on the list.
I did my first every TD at Portimao in the rain - straight in the deep end!
I’d def recommend Euro trips. You get top quality circuits and everyone’s a bit more chilled. I do one per year. Always great banter too. Doing Estoril at the end of the year