Too fat to ride? Nobody at BMM?

Where was everyone tonight at BMM? I was the only one there! The other guy didn’t seem to be an LB’er, being more interested in the pub than talking.

Don’t let it be said I don’t try and turn up! 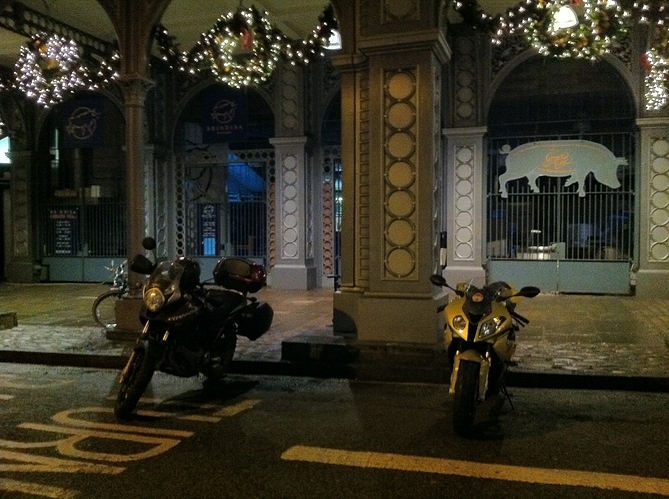 A little far for a night out with a dodgy front tyre.

And there was me thinking noone was going ! Was bored to tears so ended up riding into the fog !!

Well done Jay for being the only Londonbiker to turn up at a meet, expecially after all the critisism… then no-one else does!!

I have a great excuse for not being able to ride at the moment so i’m off the hook, i wonder what eveyone else will come up with as their excuse

I looked at the forum to see if anyone was going but didnt see anything so stayed home drinking.

Well what do you expect turning up between Christmas and New Year, not exactly the most popular time for motorbike meets is it?

I think during the middle of the summer is a better bet;)

in my defence, I got a nail in my front tyre and had to get the train into work

In my defence, I was busy drinking in central London! Just got home now, and am having one last whisky before beddy-byes…

I heard you was going to make an appearance so decided not to bother;)

Actually I was collecting a ZX7 that a mate and I are converting into a track bike.

i was on a flight coming home from Iceland…

It’s the 'olidays mate between Christmas and New Year innit?

Ahem, you may be the owner and all, but don’t you know there’s an established practice of framing these photos to maximise the bleakness of it all:

Of course when people do turn up it’s a questionable improvement!

LewisR6 couldn’t make it as he was very warm and cosy under my thumb :w00t: and he’s not allowed to ride if I cant ride, simples