Today I have mostly been

Riding the KTM 890 Duke while the SMT was in for a service. What a cracking little bike. 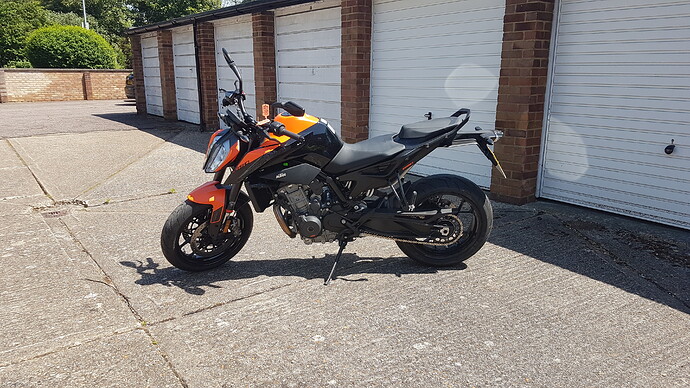 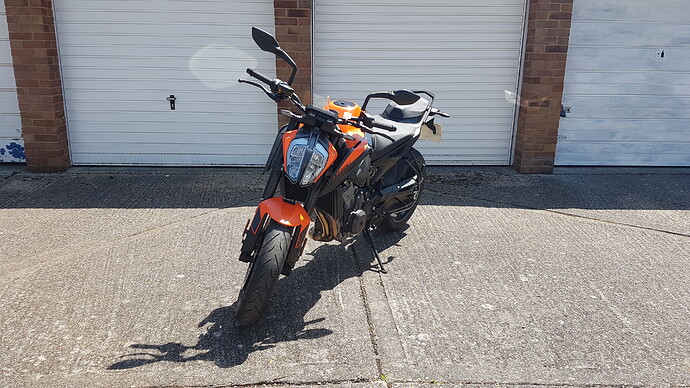 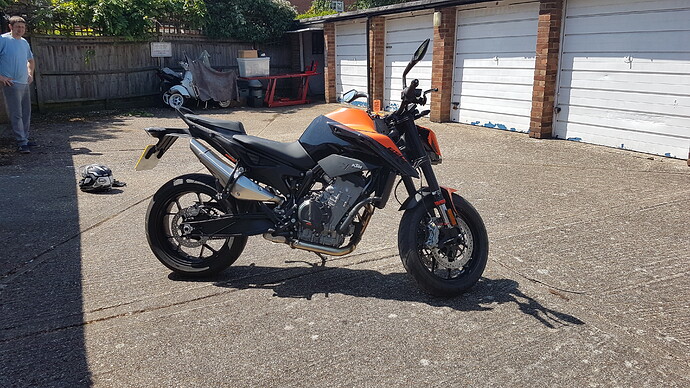 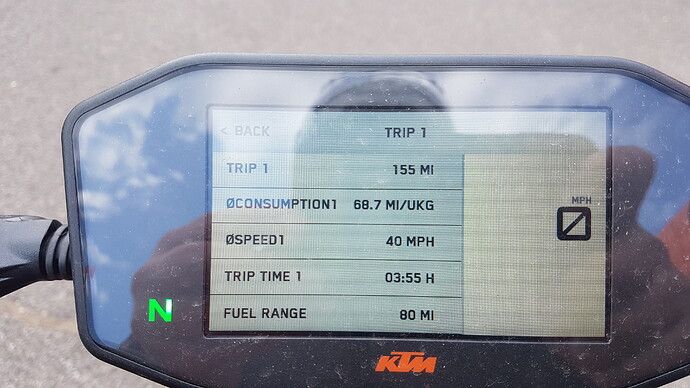 I’d ask the KTM Centre if it was possible to get a 890 Duke loaner while the SMT was in for a service as I interested in checking out the new 890 engine, and they delivered.

Well what a great bike. Power is the same as the SMT, 115bhp, and slightly less torque (90Nm vs. 97Nm), although if you go for the 890R then it is 121bhp and 99NM. But the 890 is 30KGs lighter, which helps along with the tighter turning circle make the 890 extremely manoeuvrable and agile especially at low speeds. The engine is a peach, it just purrs along, there is no lumpiness that you’d expect from a parallel twin, and it is quite happy at 2000/3000rpm, and will pull very nicely all the way through the rev range, it made overtakes a breeze. I had fun out riding was massively holding back some aggressive overtakes, but it still returned nearly 70mpg.

One of the options fitted to the bike was a quick shifter. I’ve never ridden a bike with one, but quickly got used to it and it was smooth in operation both going up and down. Really liked using it on overtakes, it just made live so much easier. As the bike comes with a slipper clutch as standard along with traction control, really takes the effort out of aggressive down shifting. I’m sold on the idea of the quick shifter now.

As @Jay has pointed out the bike comes with a colour TFT screen, which inverts depending on the lighting. But in direct sunlight even when it inverts it is difficult to read, the LCD matrix fitted to the 1190 was far superior in bright direct sunlight, and the cost to replace I would imagine is not cheap. Not really sold on the TFT screen.

The suspension despite the lack of adjust-ability is extremely good. I took the bike down some of the Buckinghamshire and Hertfordshire back roads that I know are rather dubious (failed resurfacing, multi-patched potholes, undulating surfaces, and slumped sides) did not have any issues. On normal roads, had no issues.

Tyre sizes are the same as the SMT, no surprises or issues. Standard 17" from and rear, means a wide choice in manufacturers and types.

Comfort. Well this one is always a little subjective, but I have struggled due to the back and the nerve damage that comes with years with the problem. Despite that I left home at 13:30 and got to Hemel at 16:30 without stopping. Standard seat. Riding position is fairly neutral and that helps. It also reminded me why I don’t ride naked bikes, was knackered. Wind blast is exhausting.

The size is also really quite small. Didn’t realise how much until I got back on the SMT which felt huge and unwieldy after a couple of hours on the 890.

Would I buy the 890 Duke? No, I’d spend the extra and get the 890 Duke R. Bit more power, torque, fully adjustable suspension, and a few more options are available. Also KTM said that there would be 4 models based on the 890 engine, so far Duke, and Adventure have been released, so 2 to go. Fingers crossed for a 890 Duke R GT, that I would get in a heartbeat.

A413 up to Aylesbury is a shit show. Lots of trucks, roadworks and traffic due to HS2. If you are riding that way check your route as there are lots of disruptions and it is not limited to A413.

Nice! What year was it?

LOL, really? I had the same clocks on my four-year old Superduke R. They’re obviously trying to burn through some inventory.

Or they are now cheap enough to fit to cheaper bikes.

How the hell did you fit on that thing.

Think I have meet you before on a ride last year and you’re easily 6ft+ . That bike looks like one of the little annoying Honda Groms, that I am always tempted to drive over when I see them zooming around.

On a good day

How has no one spotted Kev’s other bikes in the back ground! badly covered up I may add…

That is my neighbour. And he has two scooters.

I’m not buying it Kev, I mean that KTM is far to clean. I think you make people think that is your main ride but wizz about on the scooters…

I see you got some random in to call your neighbour

You are partly correct. That KTM is far to clean, that’s because it isn’t mine.