I want to get a set of spotlights on my bike. Fully faired SV 650

any recommendations? don’t really want to go chopping things off to get the on there.

Anyone added to a faired bike before and any suggestions welcome.

Was potentially looking at getting these: -
https://www.ebay.co.uk/itm/Motorcycle-Universal-Lower-Fork-Mount-Spotlight-Holder-Lights-Bracket-M8-Black/192587475376?epid=20021125336&hash=item2cd71ba9b0:g:GKcAAOSwAspbNvHE:rk:2:pf:1&frcectupt=true

but putting them into the fairing screw holes instead of the forks. 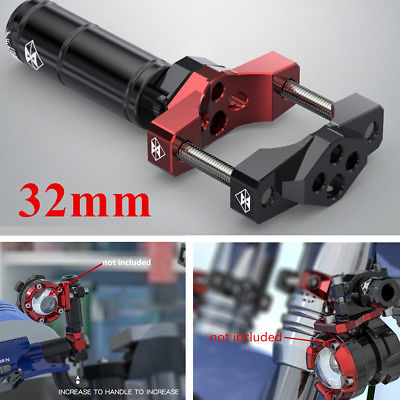 just found those, could be an option

Do you have engine protection bars? I have a set of rigid d2s (I think) that have a little bracket that connects them to those bars… Mind you they’re big fuckers so not sure they would.fit the svelte sv look.

Wise bolted his spotlights under the crash bungs on his gixxer. DIY mounting though.

I was thinking that. Possible option.

what DLR’s you thinking of buying 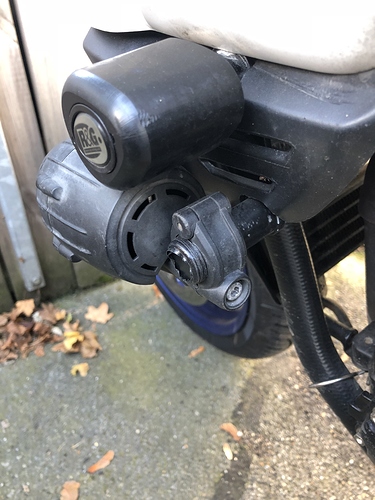 will be something similar to what you have there. Mount generally seems to be top or bottom rather than at the back of the one’s I’ve been looking at.

You remember my bike. it’s just a ball ache being faired when I want things like this but we’ll find a way.

stick with LED spot lamps they draw harldy any current 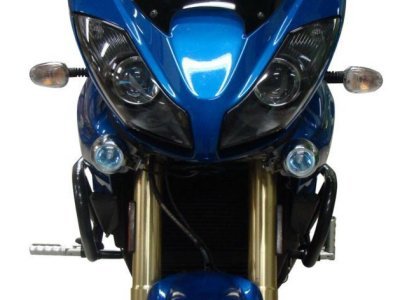 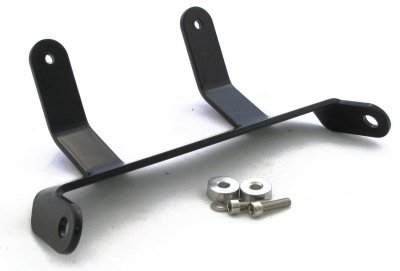 what is that adapter called? see if I can get on for the SV

I’m around, give em a shout I’ll shoot down.

Call me thick but this is the first time in my life I hear about spotlights on a bike!

What’s the purpose of them? Is it to illuminate nearby areas that headlights don’t?

On my bike they make the world of difference compared to the candle headlight.

You’re young, you’ll hear stuff. Here on the far side they make a world of difference in seeing where you’re going. We do not have the luxury of the likes of street lighting and after dark on the narrow lanes its just that, dark with no light whatsoever.

Also to mention the triangle light factor which is actually why I’m doing this.

Basically if the lights are in a triangle you’re more likely to be spotted all to do with the eyes and kind.

Learnt this one on bike safe…

I remember them showing during BikeSafe how hard it is to tell the distance to an approaching motorcycle. I also remember them saying that the reason motorcycles don’t have two headlights (next to one another) is to avoid them being confused with cars as it would look like a car that’s still quite far when in reality it’s a bike that’s already close.