Anyone heard of skitching? It’s when you jump off the bike while you’re going along and skid your feet along the grond (like in the film Bikerboyz). I want to give it a go but don’t fancy mashing my boots up - anyone know of a place where I can get some plates?

had a quick look around for you…

all i could find on another forum was

"(Just make your own. Here’s what you’ll need:

Drink beer, fashion “shoes” out of cans and secure to feet with shoe strings.

its cheap but i dont know how safe itll be
lol

Got a friend who’s into Skate Hitching (http://en.wikipedia.org/wiki/Skitching), he’s a demon (inline) skater!

i think they are called adidas goodyears

i think they are called adidas goodyears

Grass trackers and speedway riders have left foot plates made to fit their boots. I’m sure the same companies would make pairs if asked.

Have a punt around on sites for those sports.

Can’t help with links 'cos I can’t be arsed.

Would of loved to try it, until i read the Wikipedia as i quote ‘More painful, but less rapid ways to die from skitching include being caught under a tire or being squished by another vehicle.’:w00t:

This is easier if you stop and put the side stand down first :D:D

these pics are a few years old now, ive never used skitch plates though, these pics where taken while pissing about with some old titanium knee sliders taped on, 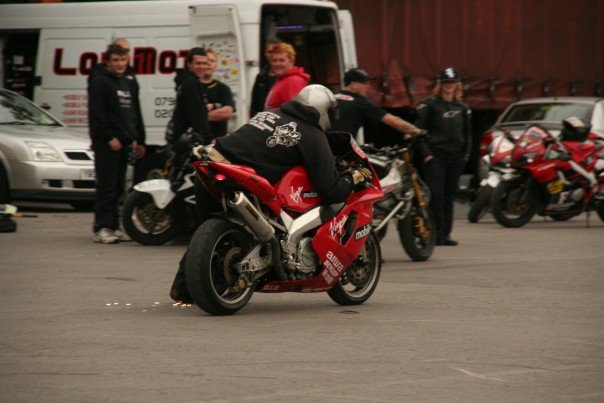 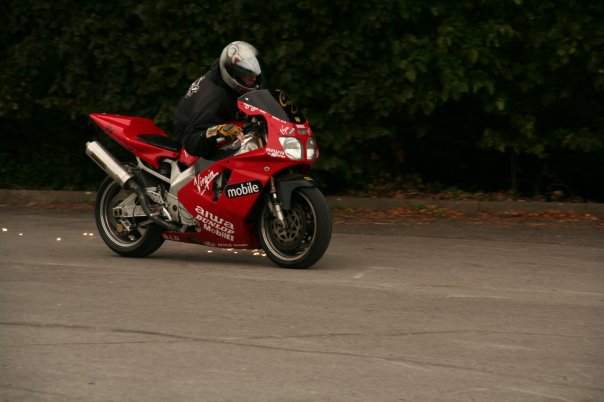 yea, thought about that, but thought they might get in the way of my feet on the pegs, although i spose i could cut them down!

i’ll phone an ambulance for you now mate!

How about you just go to the local boot repairers and buy some nail in “Blakeys” (Sort of shaped studs/plates.)

Easy enough to fit yourself and cheap enough to throw away and change once you’ve come out of rehab. after the accident.