Erm, after reading the excellent news service we have here http://londonbikers.com/story/d85870aa-1ac6-4734-b80b-d265111e61fe I can only conclude that Mr Byrne approached the first corner after the flat out straight (new name ? hehe) and discovered he had no brakes.

Christ on a tricycle. And he “feels a little second hand”

Massive respect… and Haydon too - if Niall Mck is impressed, well that’ll do for me. 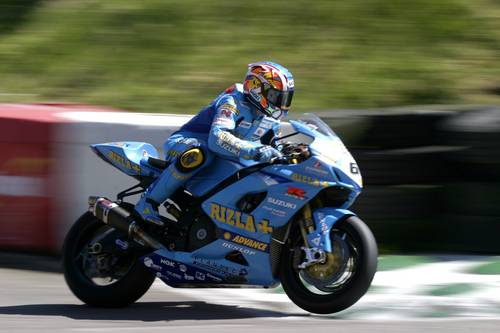 It’s completely bonkers isn’t it? Can you imagine losing your brakes at 30mph and having to miss the car in front? It’s a complete order of magnatude more insane when you consider he was doing 187mph and discovered he had no brakes. I am completely amazed he’s still alive! It’s not like us at trackdays where if you were flat out and about to brake and had none, you might, if you were very, very lucky be able to slow down enough with the gears and rear brake to coast on at that corner, but those guys are on the edge and have no time to even think about an alternative way to stop, not that the rear brake would have done anything of course… Jesus, well done to Shakey for keeping his spirits up!! I’d be livid!!!

It’s insane. After having ridden there only a week or so ago I can only imagine how bad it could have been! He did well to avoid the tyre walls etc.