Last week was the first time we had nice weather for a long time. It was sunny but very cold. The 2006 riding season has not started yet,but it has already claimed its first fatality. An experienced rider who was a new father, a husband and a son met his untimely death.This is a very sad way to start the new riding season.We all know the inherent dangers in motorcycling but we should constantly remind ourselves to ride safe and be safe.If and whenever one feels the need to let er’ rip, take it to the track. “RESPECT” the road,“RESPECT” the bike and “RESPECT” the sport. This article appeared in the local press…pls don’t draw any conclusions as this is within 12 hrs without an official police investigation report. The other rider was the deceased’s brother-in-law who is in serious but stable condition in a hospital.

Linik to story in Province

A shaken witness says dozens of impatient drivers wove their way through the scattered wreckage – and past a dead motorcycle rider – at the scene of a Sea-to-Sky highway accident yesterday.

“People were tooting the horn for me to get [my vehicle] out of the way,” said Wayne Tuuri, shaking his head. “People just kept driving south. I couldn’t believe it.”

The 40-year-old was driving north to his home in Whistler yesterday afternoon when three motorcyclists passed him at high speed just outside Lions Bay. He said they were driving dangerously, “passing everyone, in and out of traffic,” he said.

The fatal crash came 10 seconds later at about 12:40 p.m. at a sharp corner in the road just a few metres south of the Tunnel Point scenic lookout, 15 kilometres north of Horseshoe Bay.

Tuuri said two of the riders strayed into oncoming traffic. Other witnesses said the riders may have touched handlebars and lost control.

Police were not able to confirm any details about the riders or the incident yesterday.

Tuuri said the rider killed at the scene slid into the path of a southbound dark-blue Ford SUV. The riderless motorcycle then crashed into the side of a southbound black Suzuki XL7, sending that vehicle spinning before it came to rest in the northbound lane with blown tires, Tuuri said.

A second rider somehow became lodged under a full-size Ford pickup. Tuuri said it took rescuers about half an hour to lift the truck on to blocks and pull the rider out.

The critically injured person was taken by helicopter to hospital, but his or her medical condition was not available last night.

The third rider of the group appeared to be unhurt, Tuuri said.

Tuuri stopped his car and ran to the side of the road to see if he could help the person hit by the SUV.

“It was obvious [that rider was dead],” he said. “There was no movement.”

At least 20 southbound vehicles drove through the smashed pieces of motorcycle and around the body before somebody else stopped, he said. Some drivers honked at Tuuri to get himself and his car out of the way as he knelt next to the prone figure on the roadway.

The SUV and the Suzuki both had young children inside who were obviously very upset by what they’d seen, Tuuri said.

"They said, ‘We saw the bike and the guy sliding toward us and we just ran right over him.’

“The kids were just devastated.”

The SUV driver told Tuuri the motorcycles were travelling at about 120 km/hour.

Police roped off a 400-metre stretch of the road as they tried to put the details of the crash scenario together. Hundreds of cars lined up on both sides of the blockade, with many drivers opting to turn around and wait for the highway to reopen about seven hours later.

n One person died after his vehicle left the highway and rolled into a river in Hope Friday morning.

The vehicle had been travelling east on Highway 3 near the Sumallo Lodge in Hope when it went off the roadway and overturned in the Sumallo River. The driver, who was the sole occupant and was wearing his seatbelt, was pronounced dead at the scene.

Road and weather conditions in the area were good at the time of the crash, which is still being investigated.

The driver’s name will not be released until next of kin have been notified. 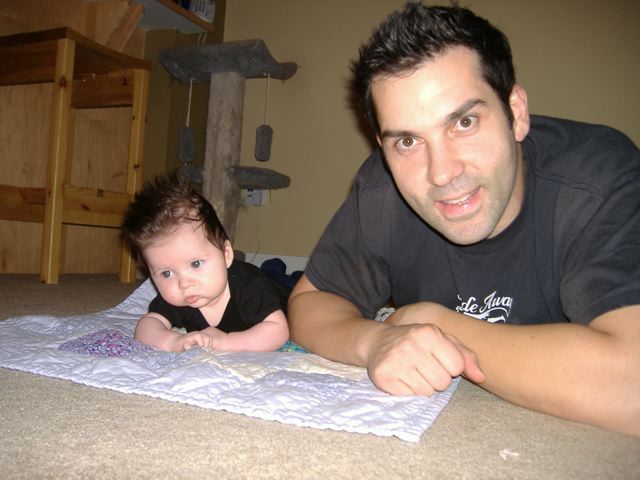 In memory of Rick there was a ride organized on friday after the services at the the church. The ride went from the church thru downtown and up the Sea-to-Sky highway to the point where the crash occured. these 2 pics are frm there 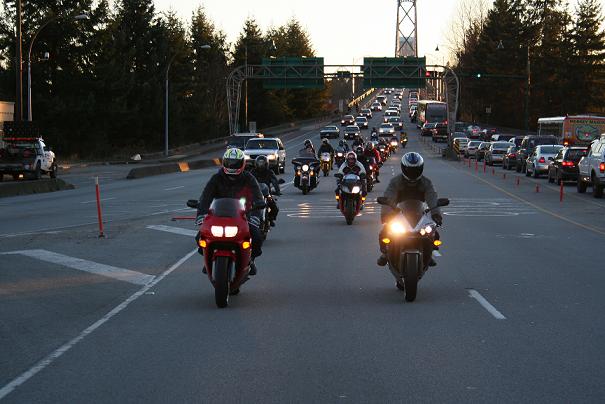 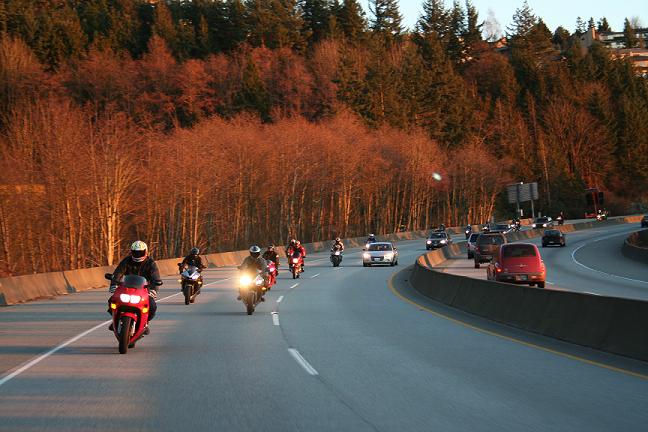 Please lets all be safe!

Thanks for the post Nightstalker, and my sympathies to all concerned - can we assume that you knew him / them? In which case I feel really sorry for you, it is a time of profound helplessness. A few months ago a biker-friend lost his father in a bike accident. It is a hard thing to cope with.

I trust all members who read this will think again about high speed filtering when they are next out and about.