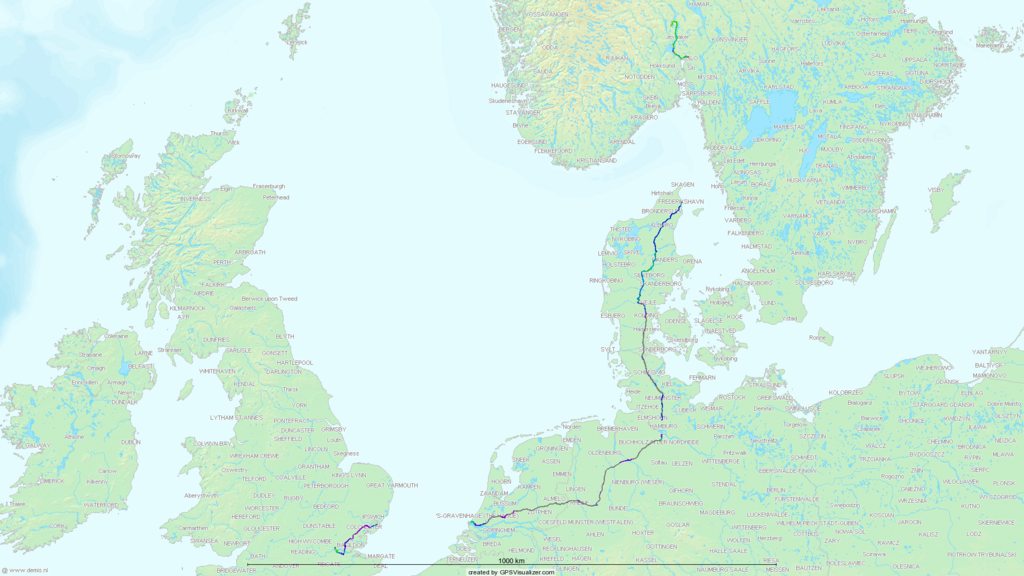 This year was my second visit to the Primus Rally, a small event held in the south of Norway, scheduled for the last weekend in February every year.

I was generously offered space in a heated tent by my friends from Danish MCC Hotwheels Billund, which I obviously accepted - thanks guys!!

Last year was a real struggle for tyres; a Finnish supplier let me down at the last moment and I had to stud the tyres myself instead, in Oslo! This year would be different. 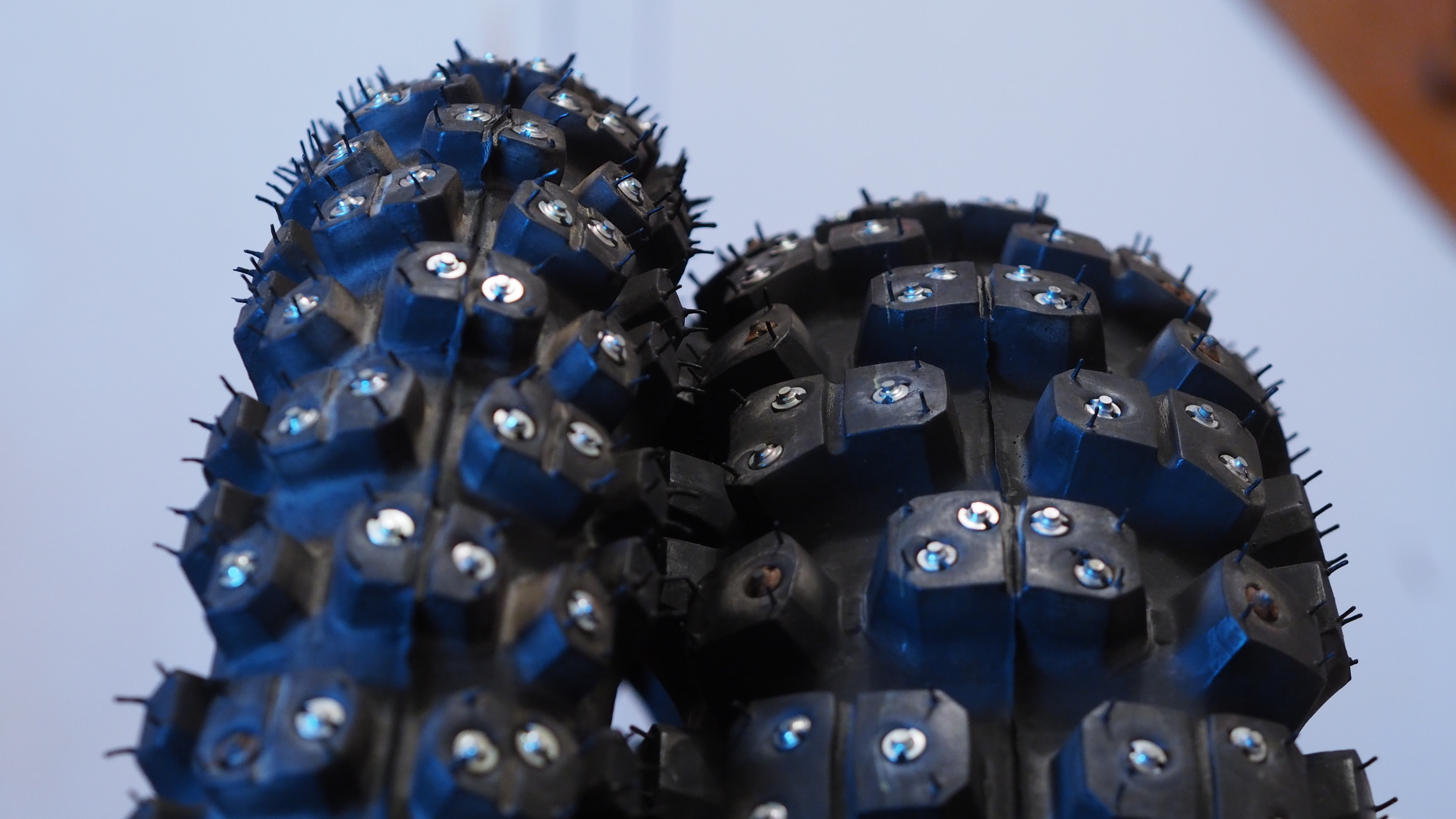 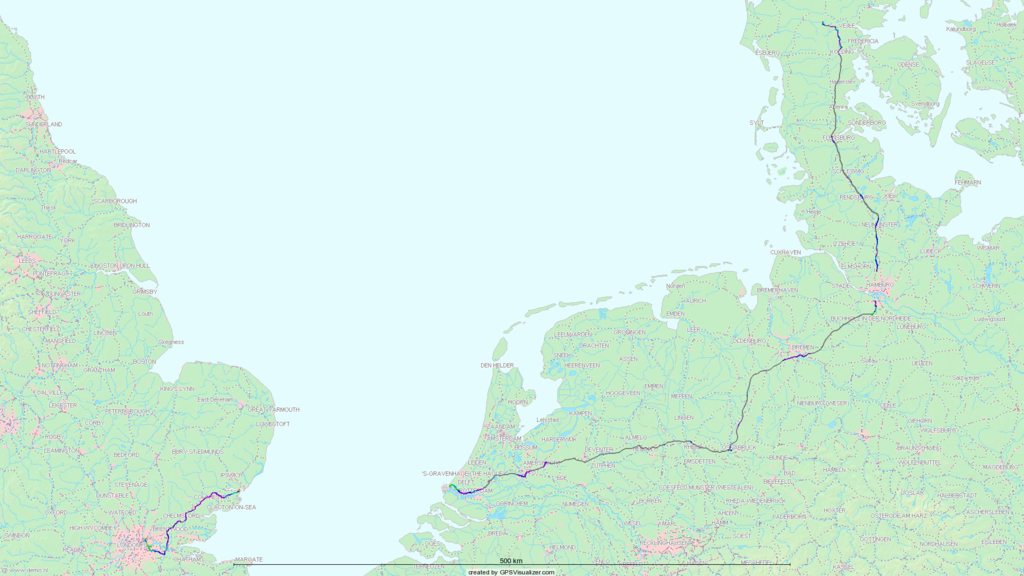 The 640 produces 200 Amps at most, which was not enough to power all the electrical equipment I needed. This gave me an excuse this year to take the 990, which produces 450 Amps.

The 990 is a much more powerful and heavy bike, so I did not want to ride it on the ice without more protection for myself. Instead of riding again in soft snow boots, I wore motocross boots to protect my ankles in the event of a slip or dab of a foot. Norway is not in the EU, so as a Brit I don’t get the benefit of their excellent healthcare. To stop my feet literally freezing I went with some Warm ‘n’ Safe heated socks that worked so well I genuinely burnt my toes!

Waiting for the ferry in Harwich. I took the overnight service so I could spend the entire next day riding up to Billund, where Hotwheels MCC are based. One pannier carries the Gin and tonic (glass bottles this time!) and the other engine oil and lube; the Union Jack is being hit by some hard winds… 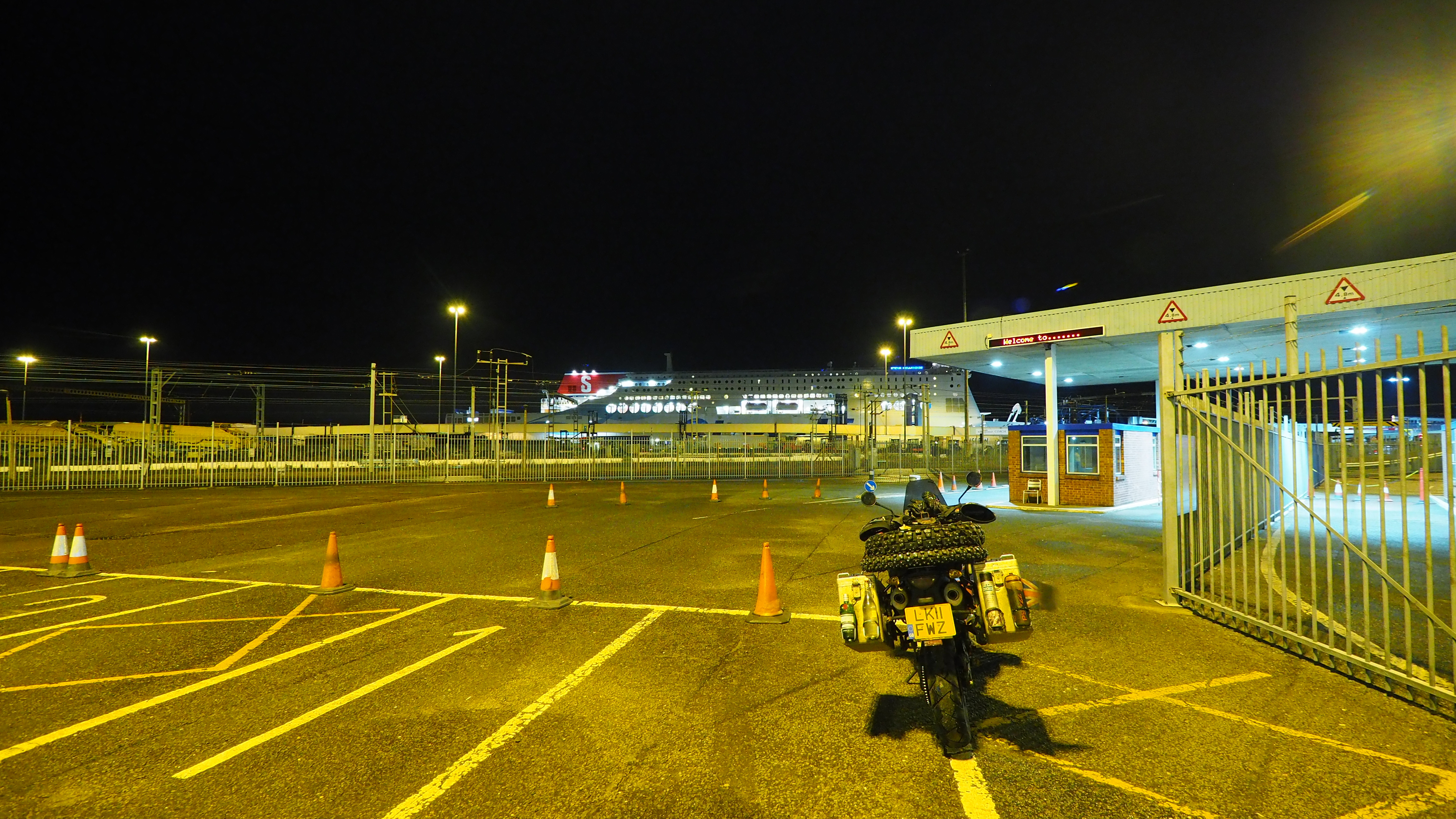 feNKG17.jpg4608×2592
I didn't want to wreck the studs on the 600 miles of motorway between London and Billund, so I took them with me and swapped them in Denmark. Hotwheels have a great place to change tyres! :) 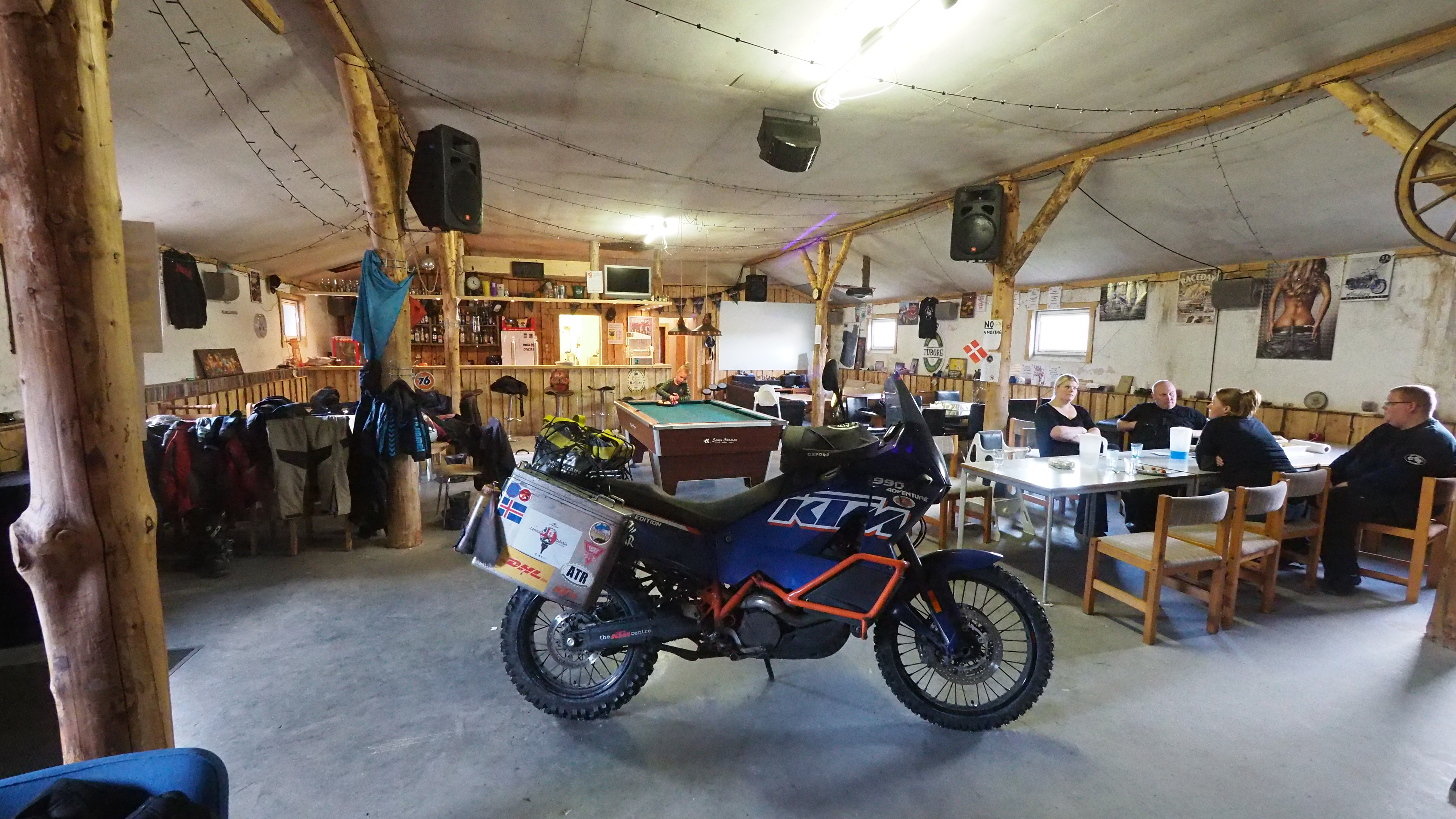 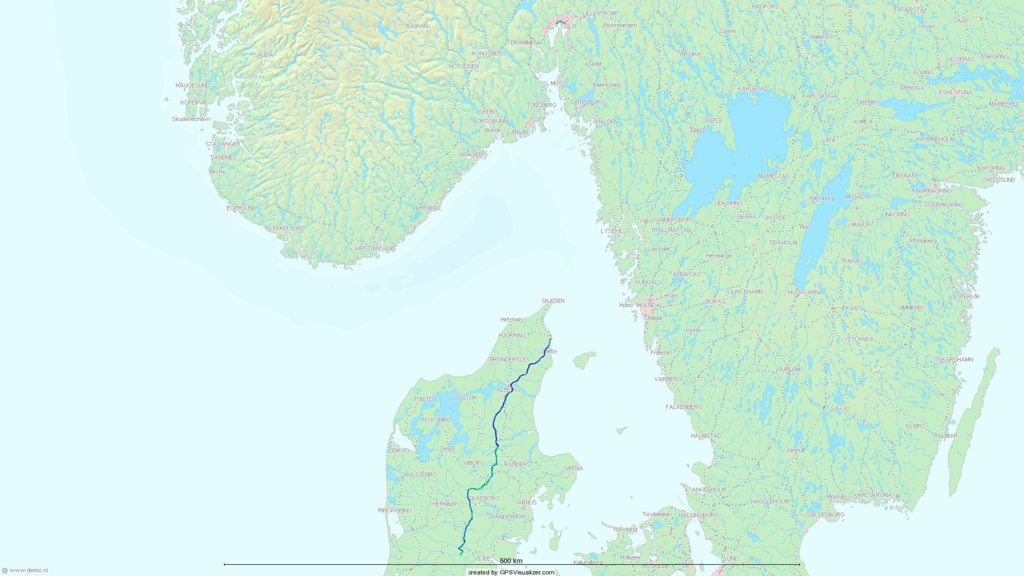 yBiwVpLh.png1024×576
We left the clubhouse and headed North through Denmark, picking up a total of 5 sidecars outfits complete with trailers. 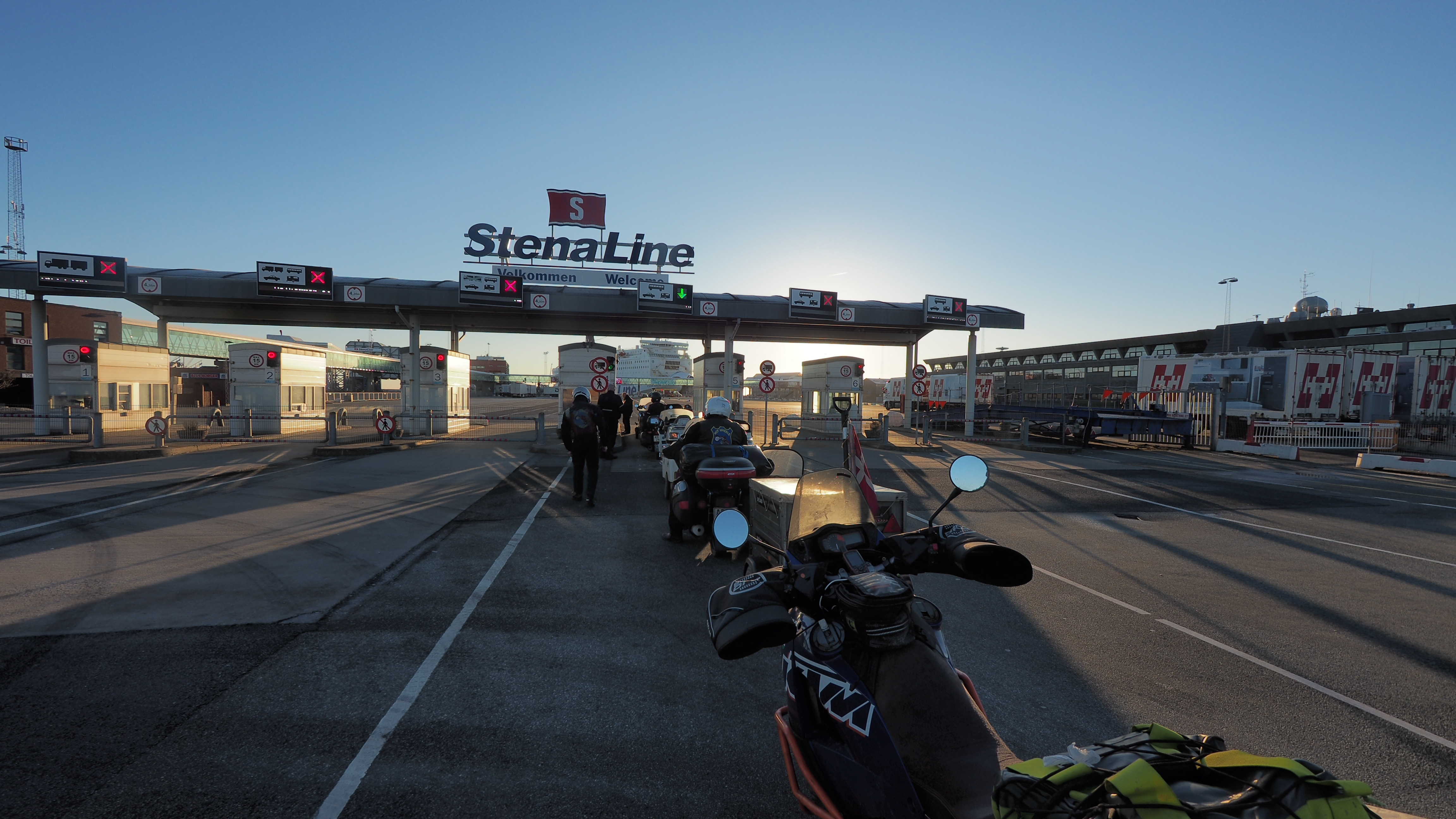 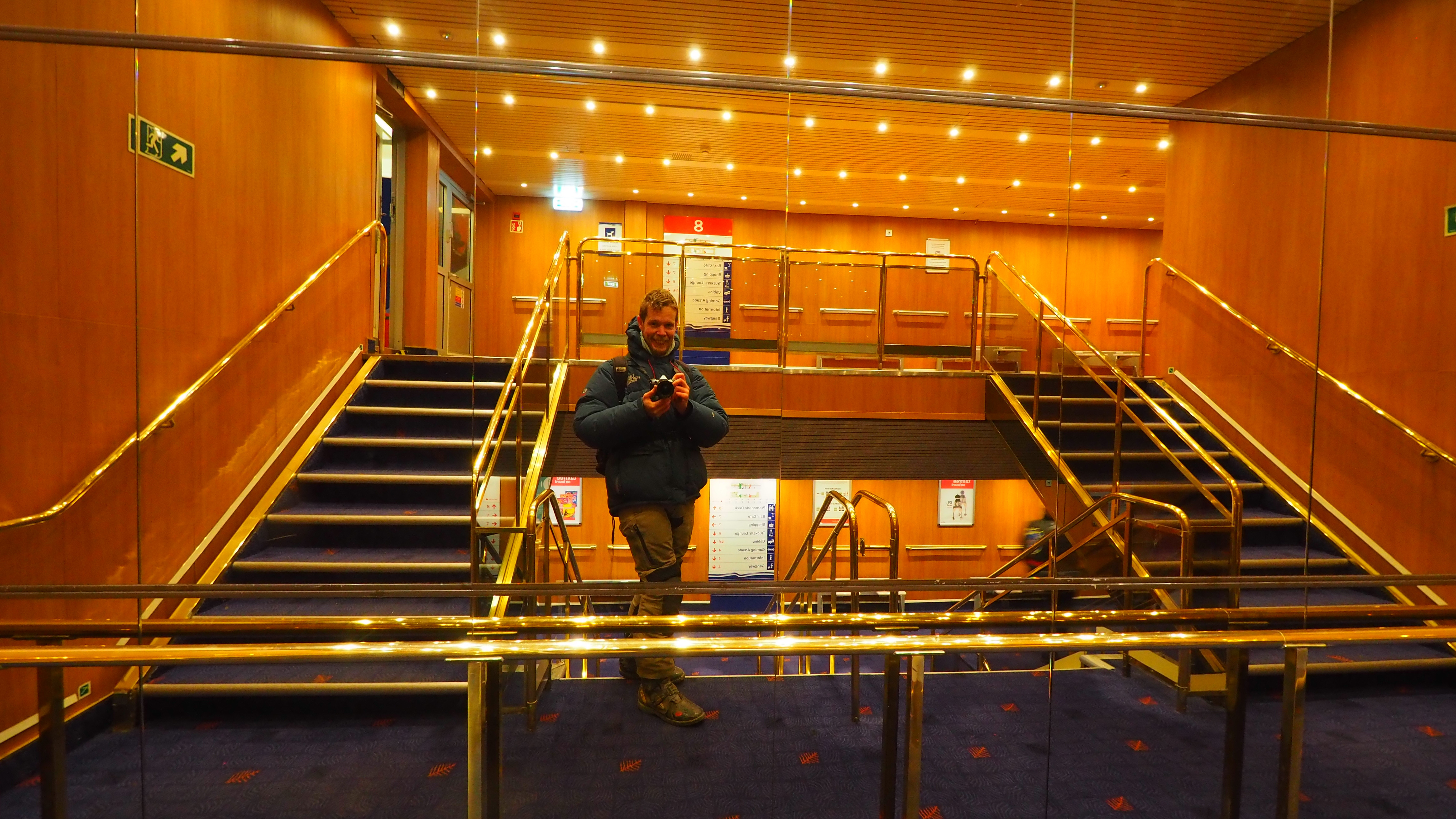 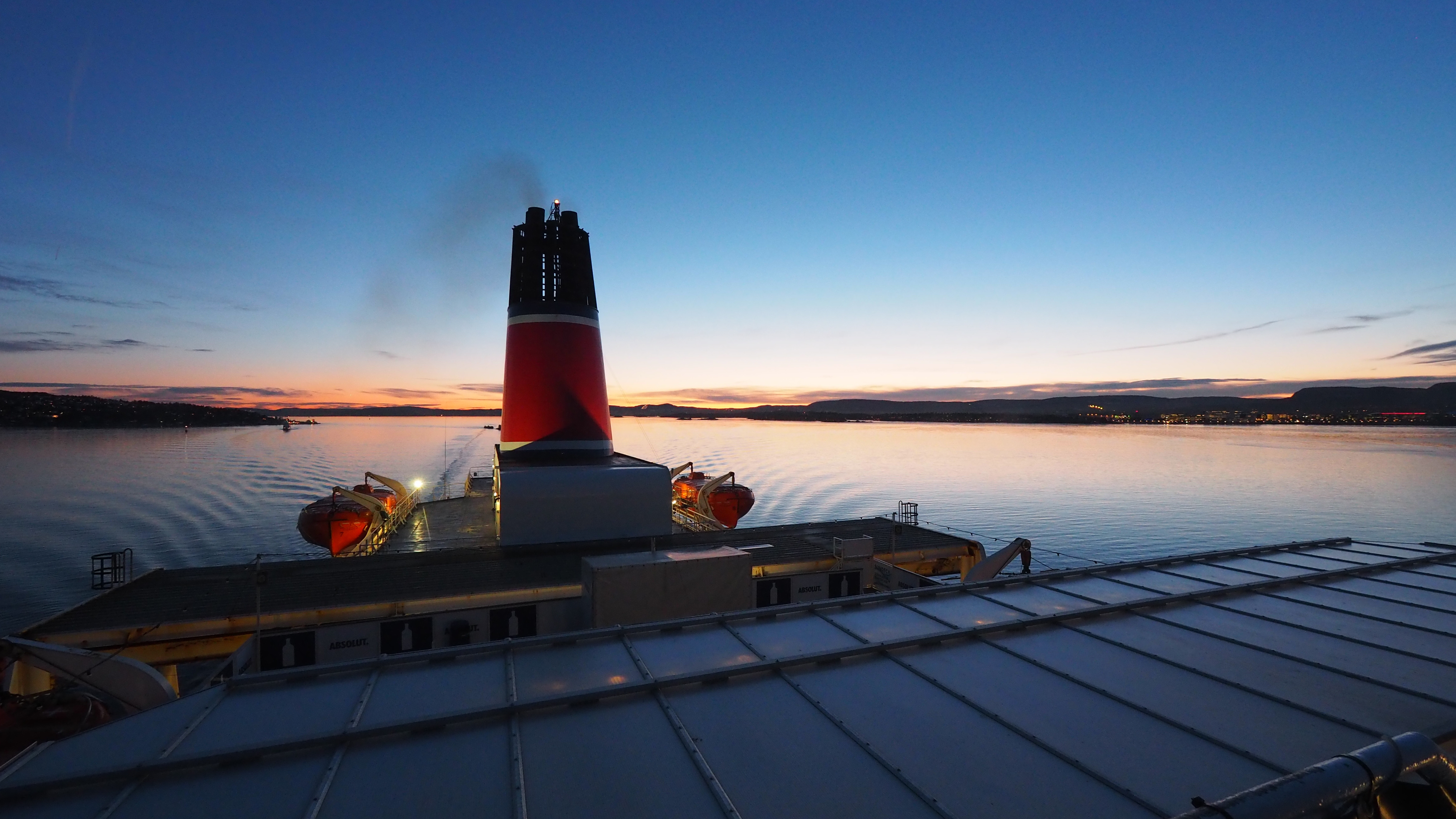 08zUukA.jpg4608×2592
The ferry to Oslo only goes during the day and arrives in the evening; there is no overnight option. We stayed in Oslo that night. Despite living in Central London, I was shocked at how much a beer was - £9! 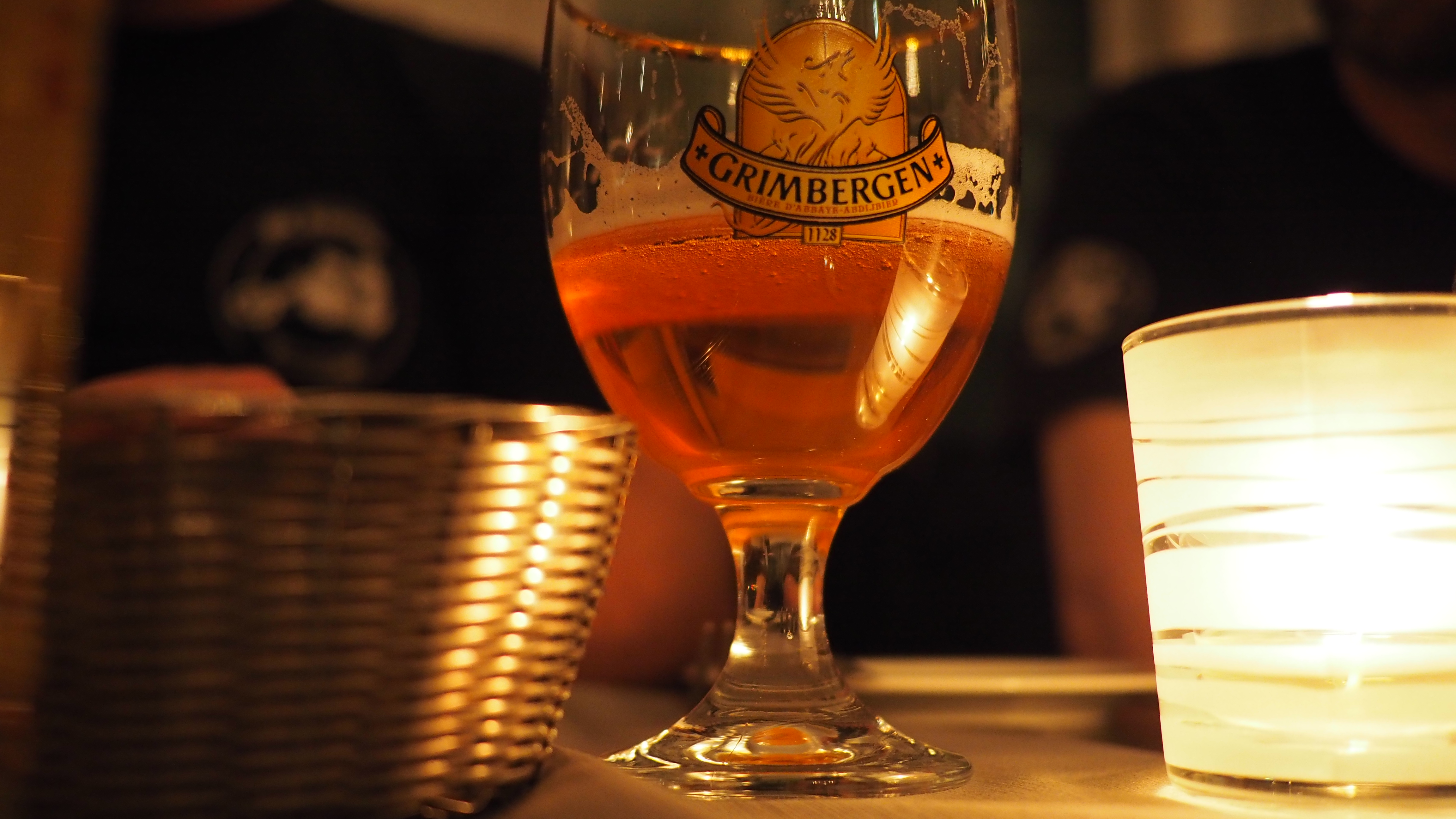 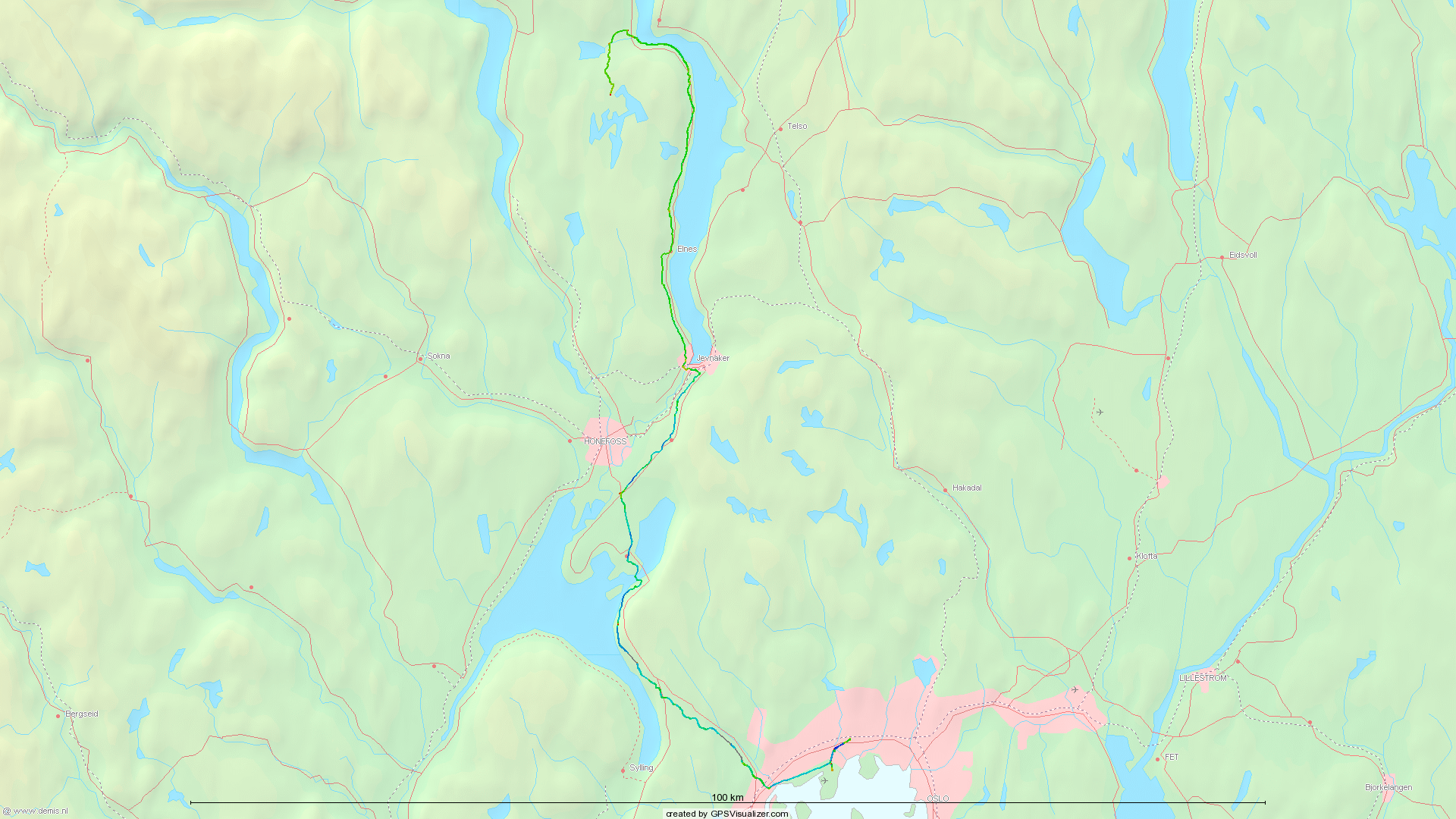 7WtjIUC.png1920×1080
The studs covered 260 miles before hitting ice, and they held up well. I think the more studs there are in the tyre the less damage they sustain; I had 3x less studs last year on a smaller bike, and a short tarmac section ruined them. Pictures taken around -3. 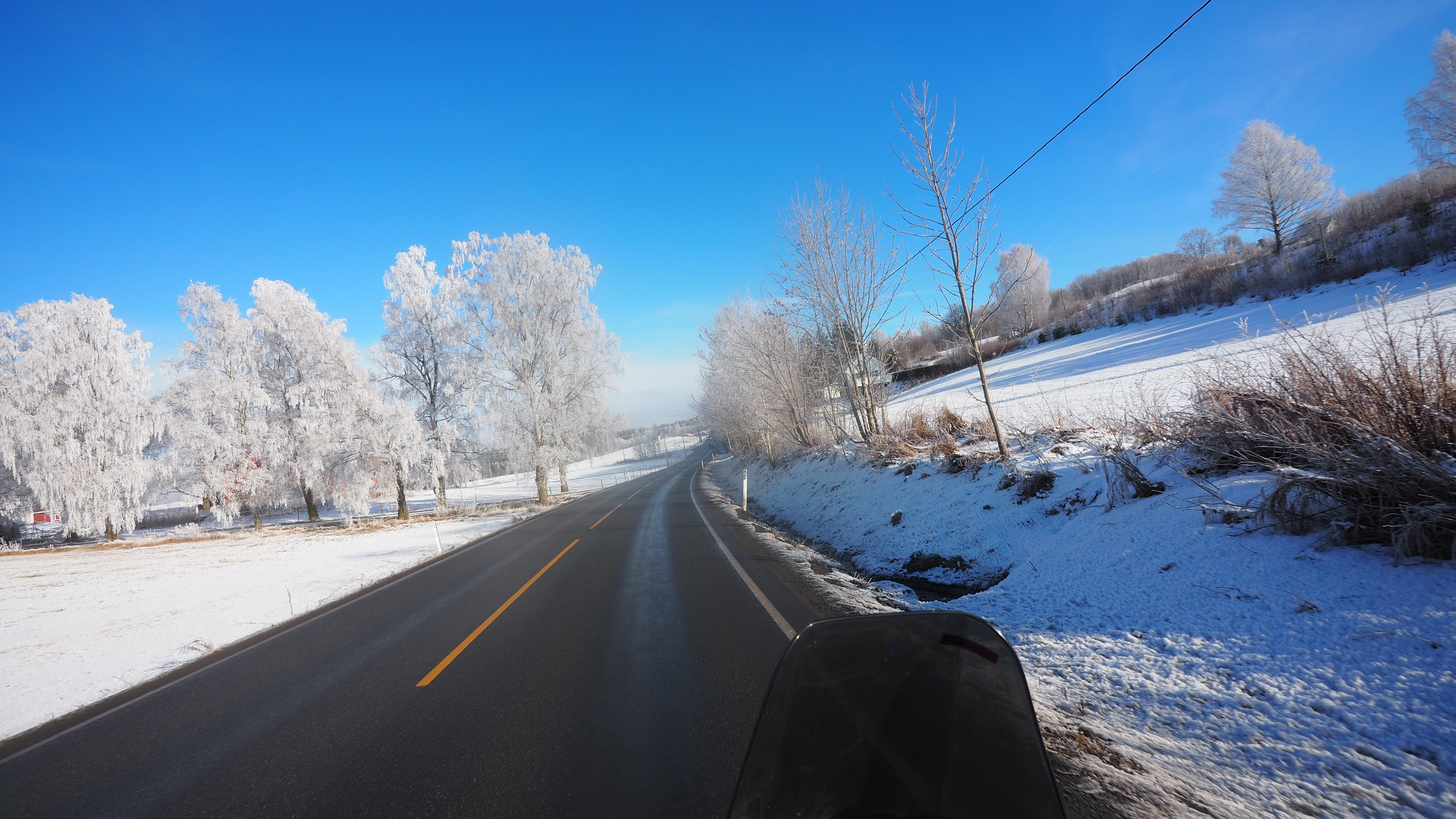 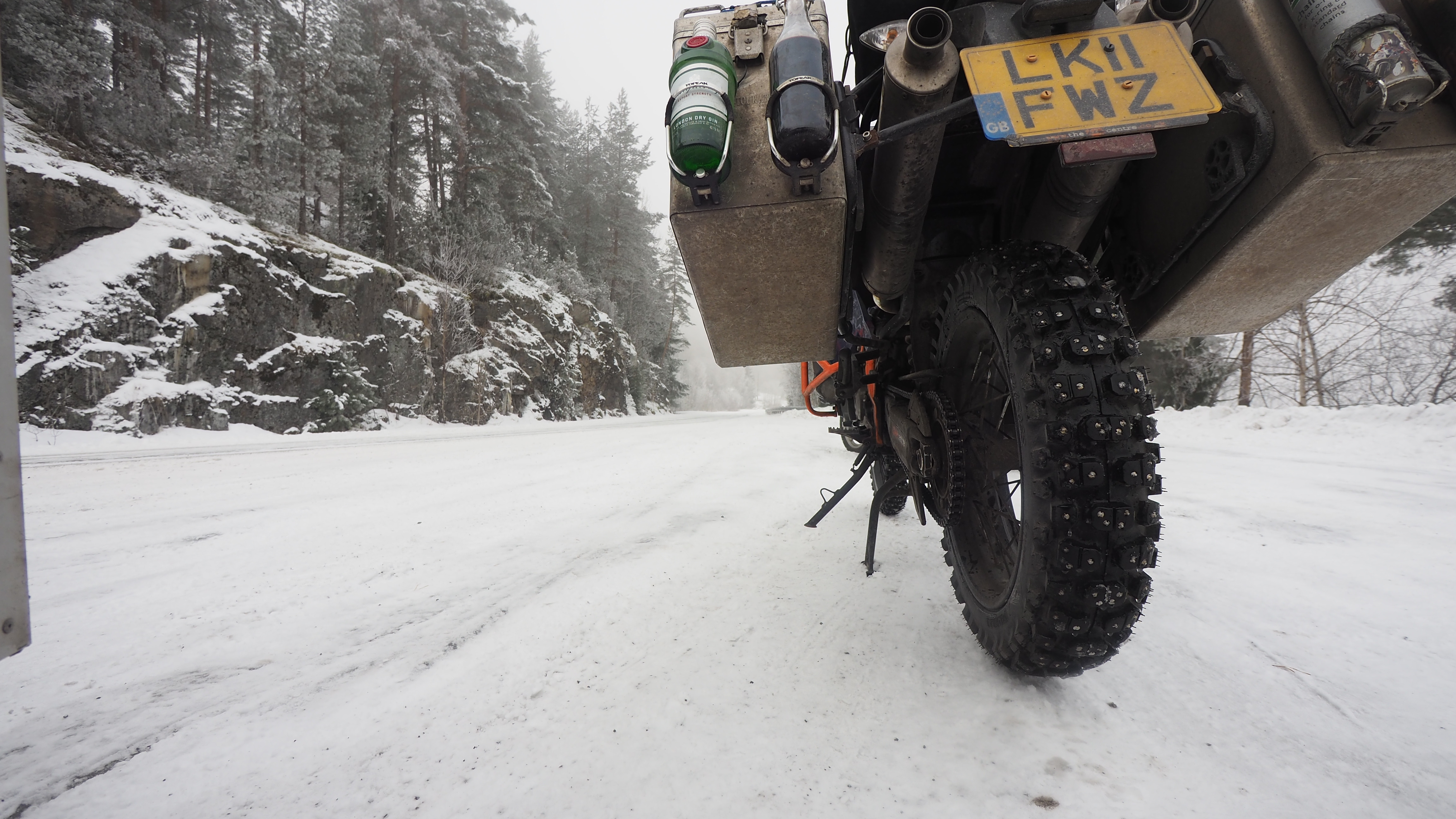 HKVaEGC.jpg4608×2592
Tent dug out and stove set up. The guys built their stove and it burns diesel-impregnated coal, and stays warm throughout the night without attention. 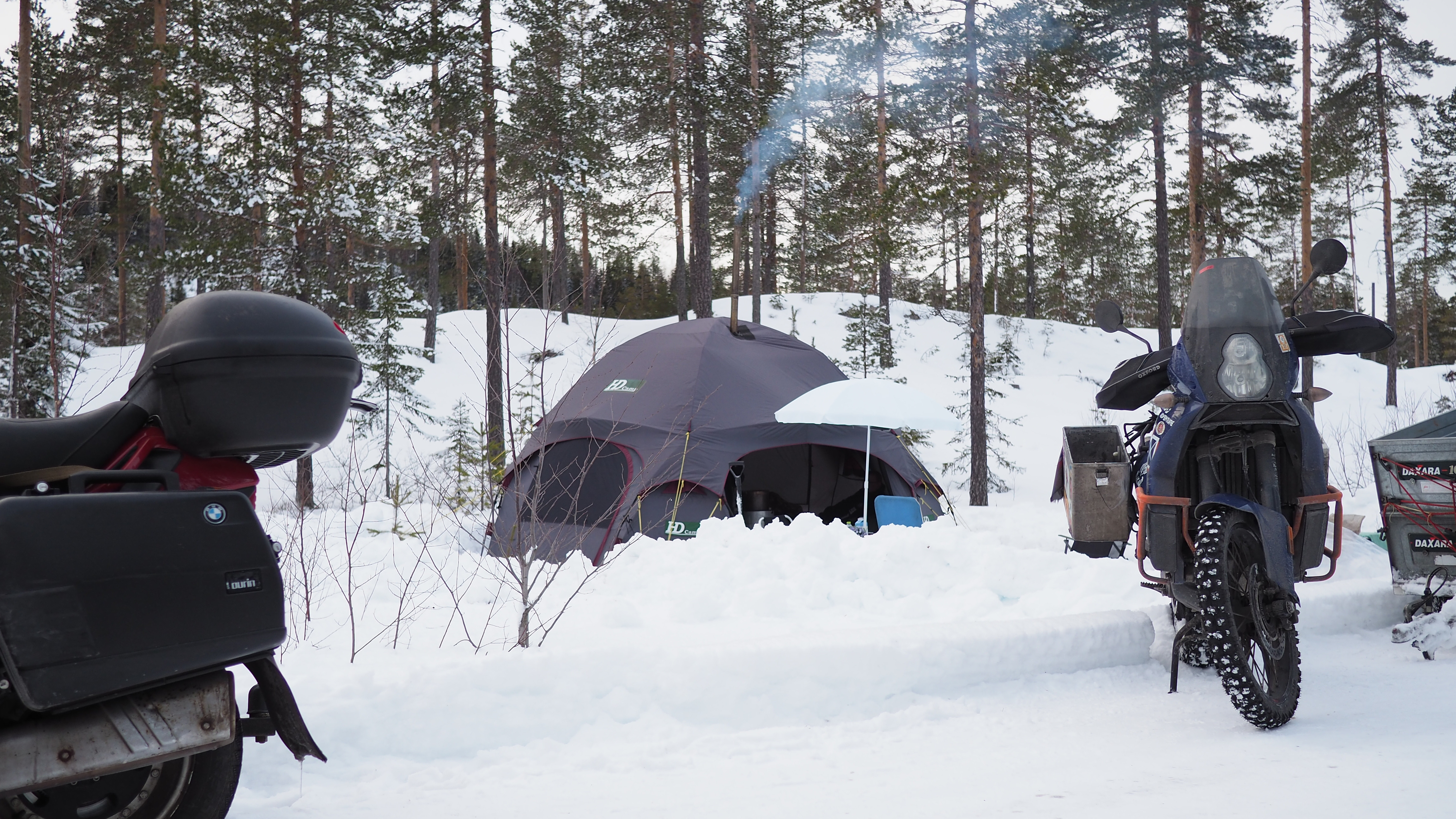 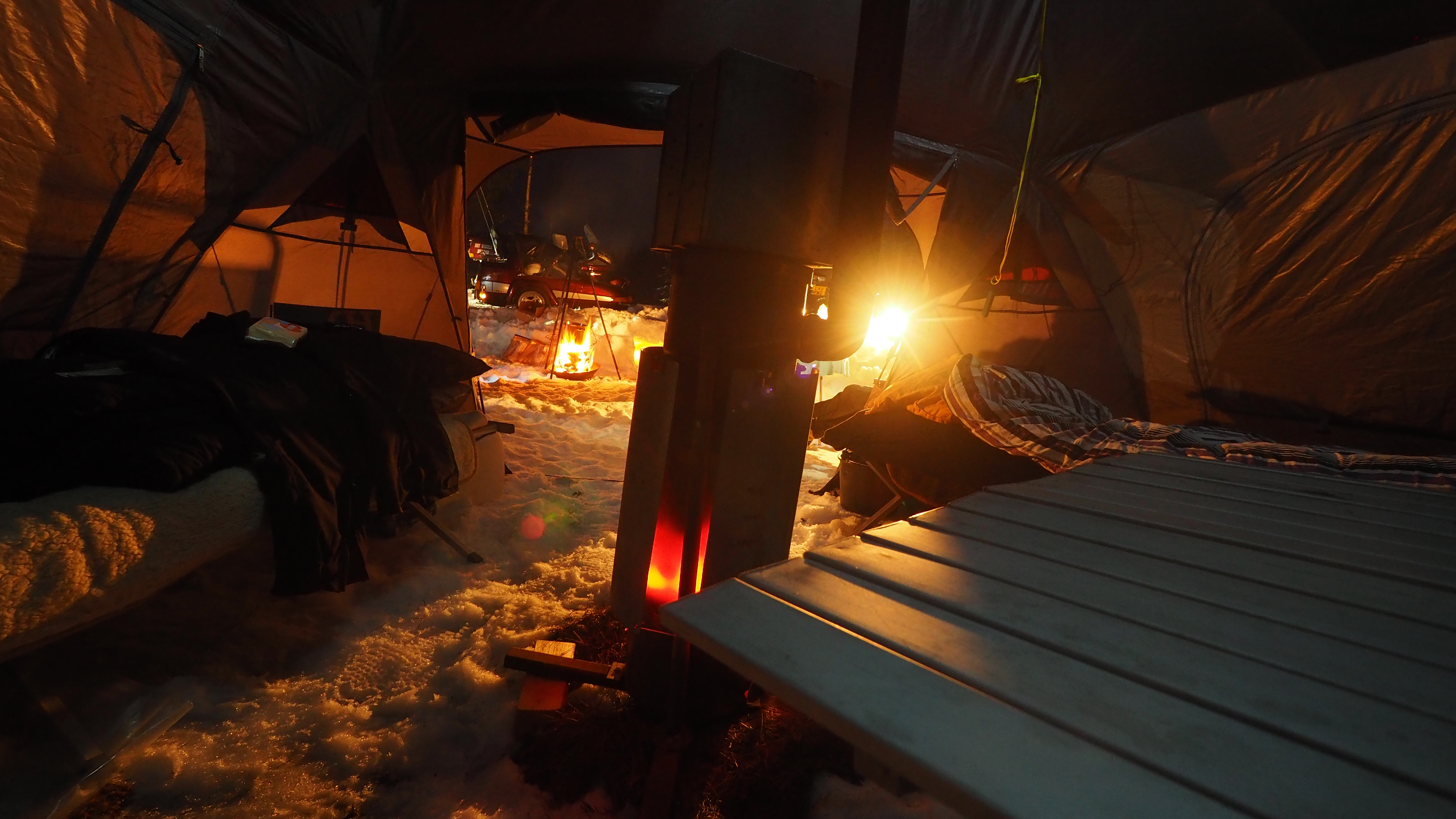 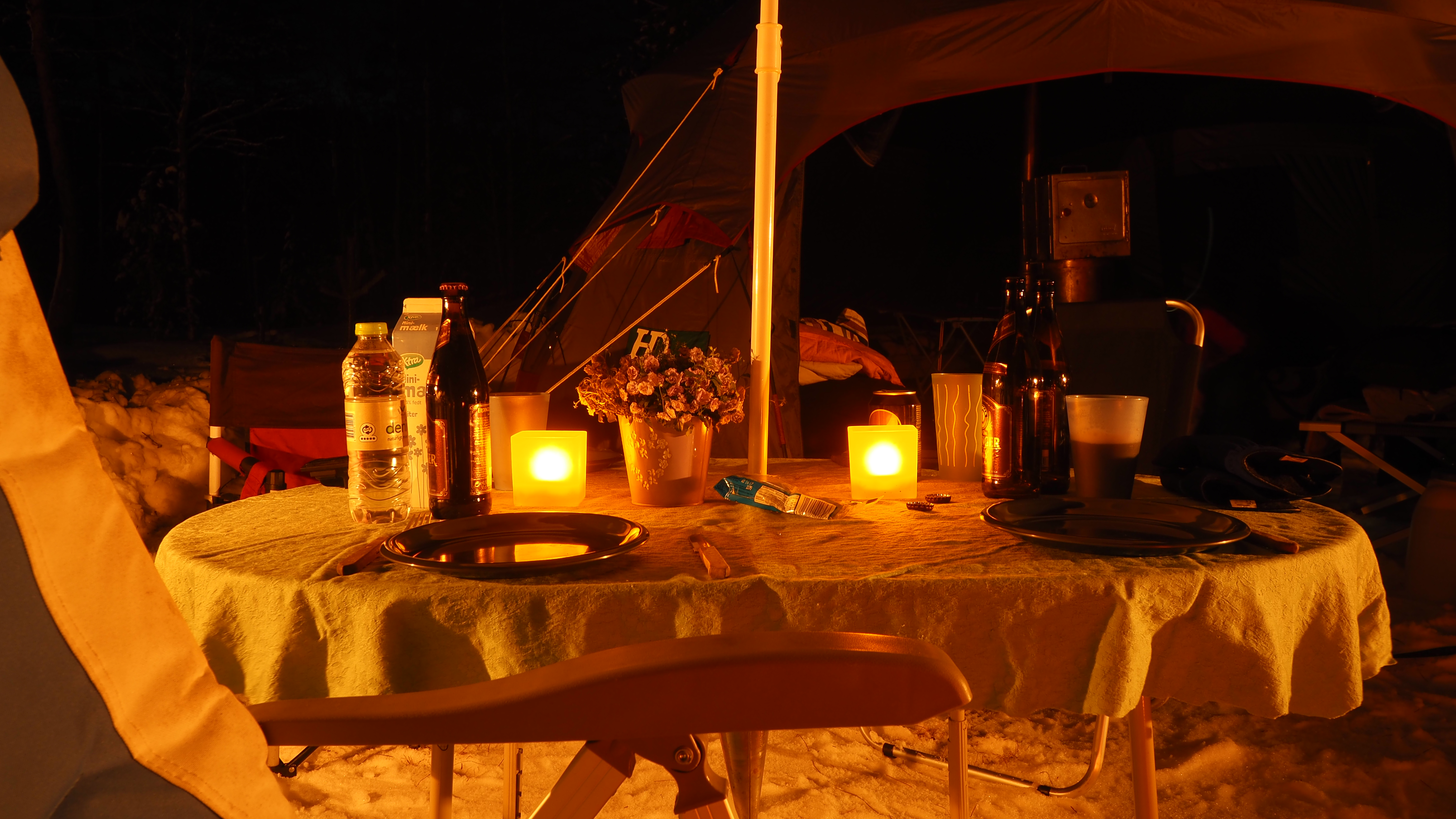 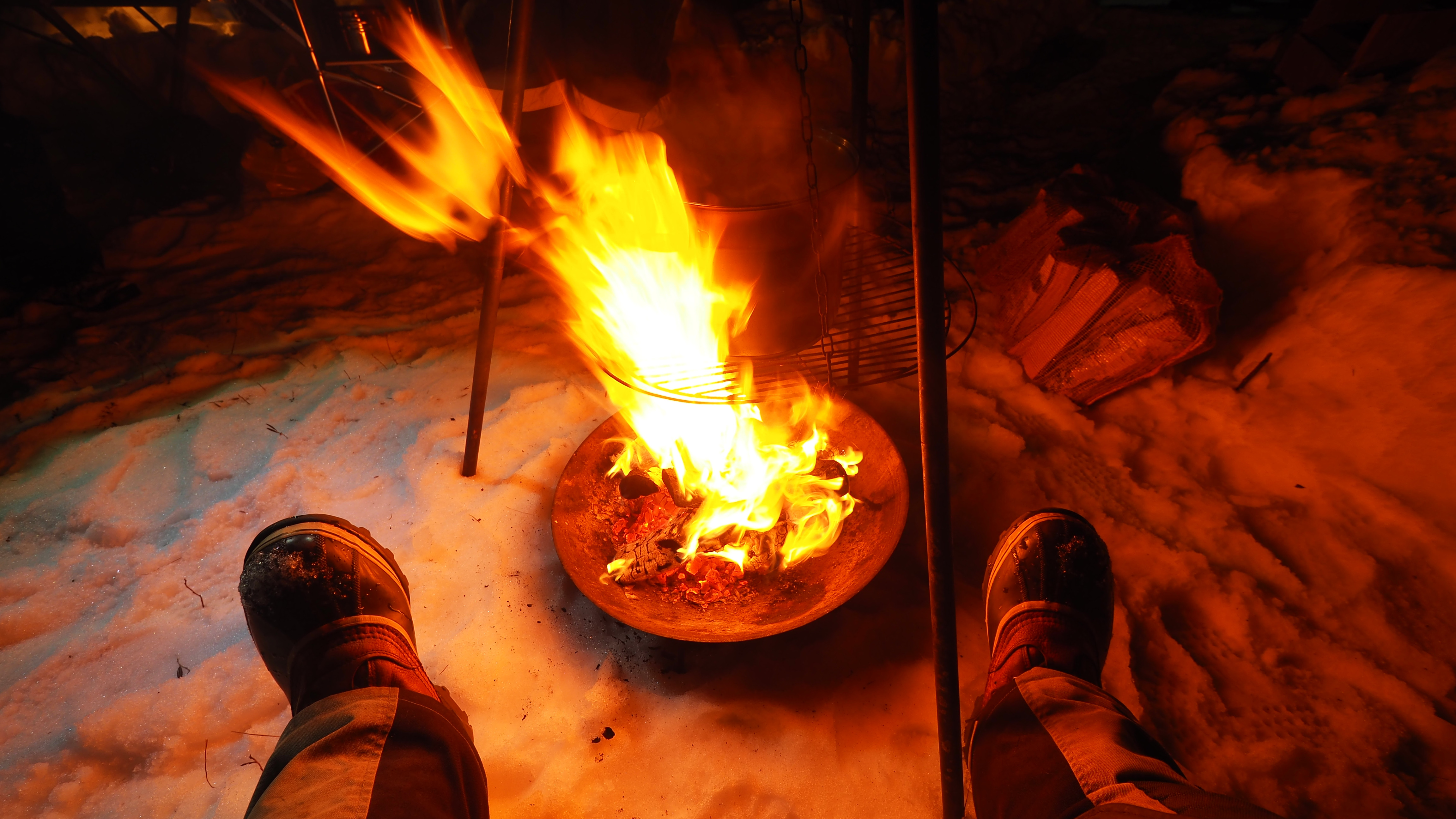 92jLuAJ.jpg4608×2592
A large part of any good rally is the social side. The Primus does not disappoint. 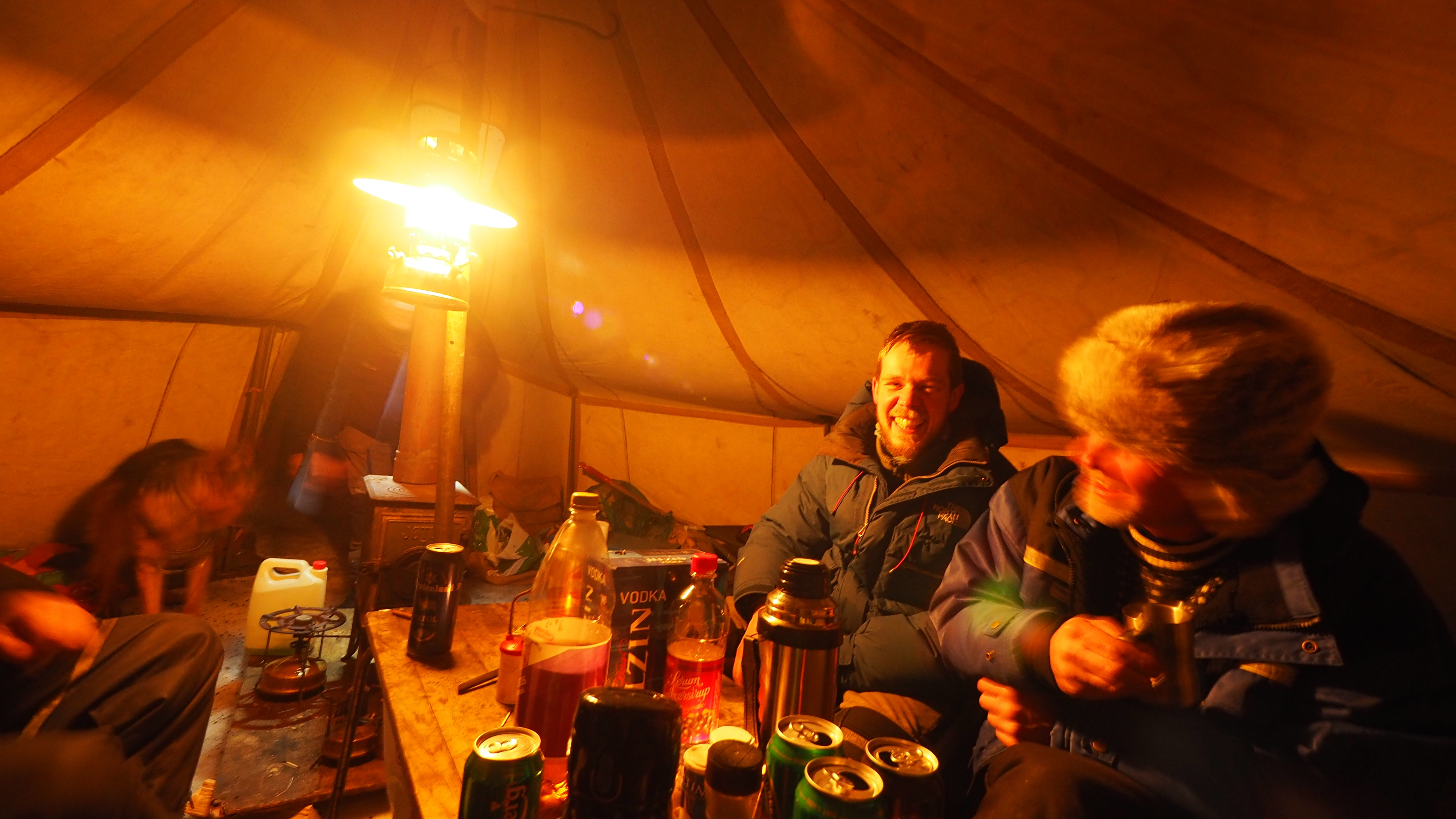 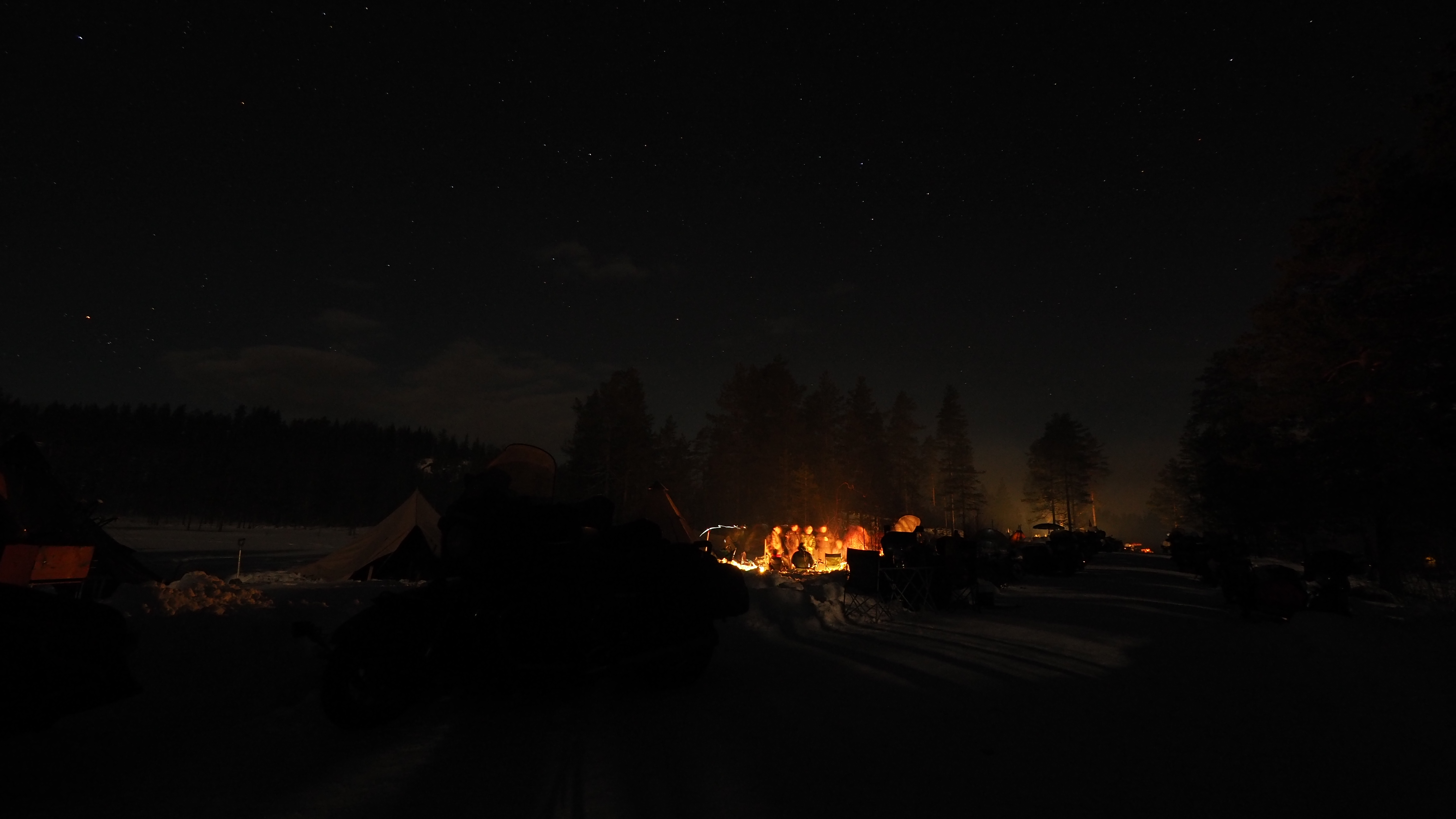 TK4txWy.jpg4608×2592
During the day one can explore the surroundings, or just stay in and continue the conversations from the previous night. 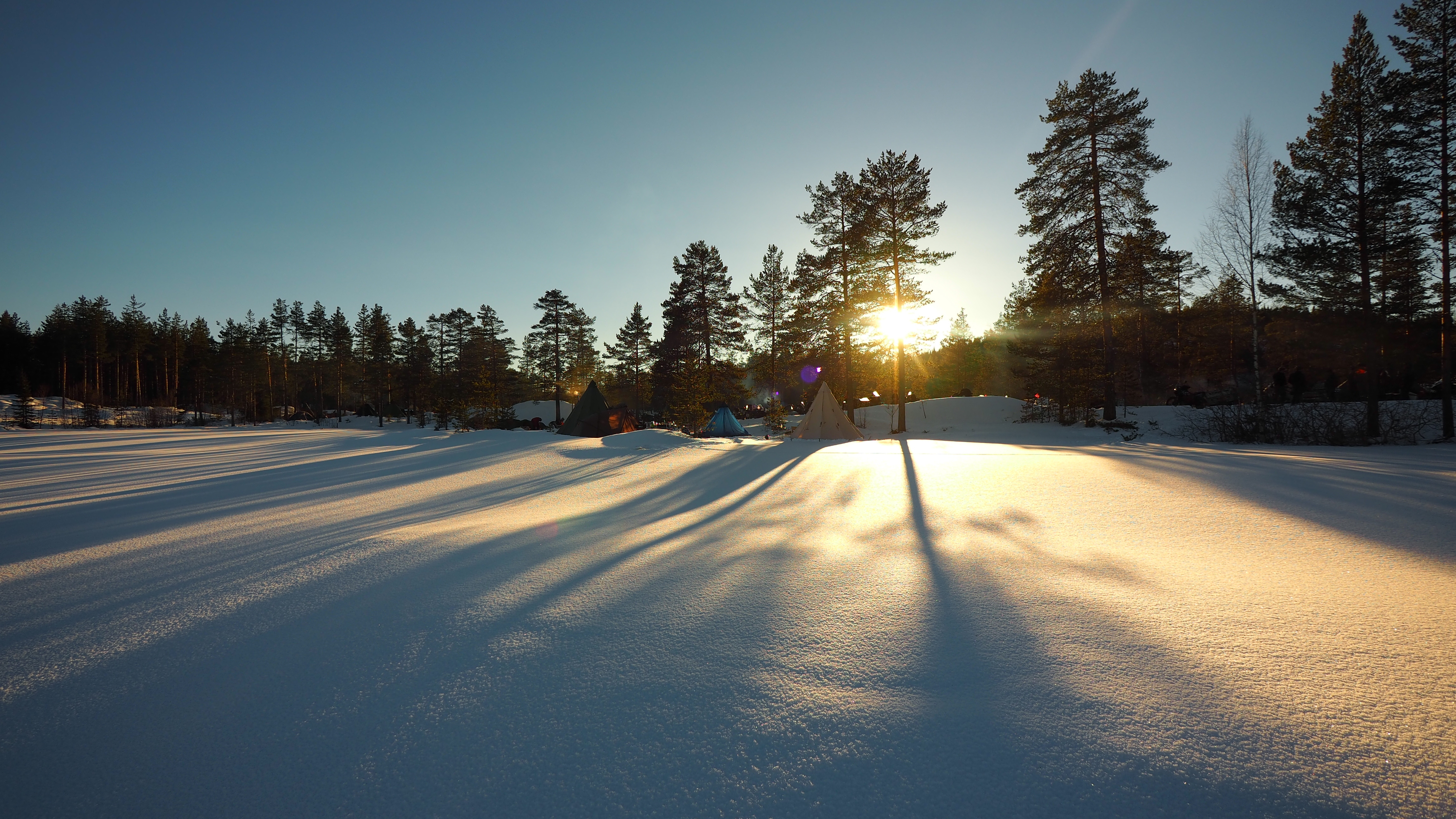 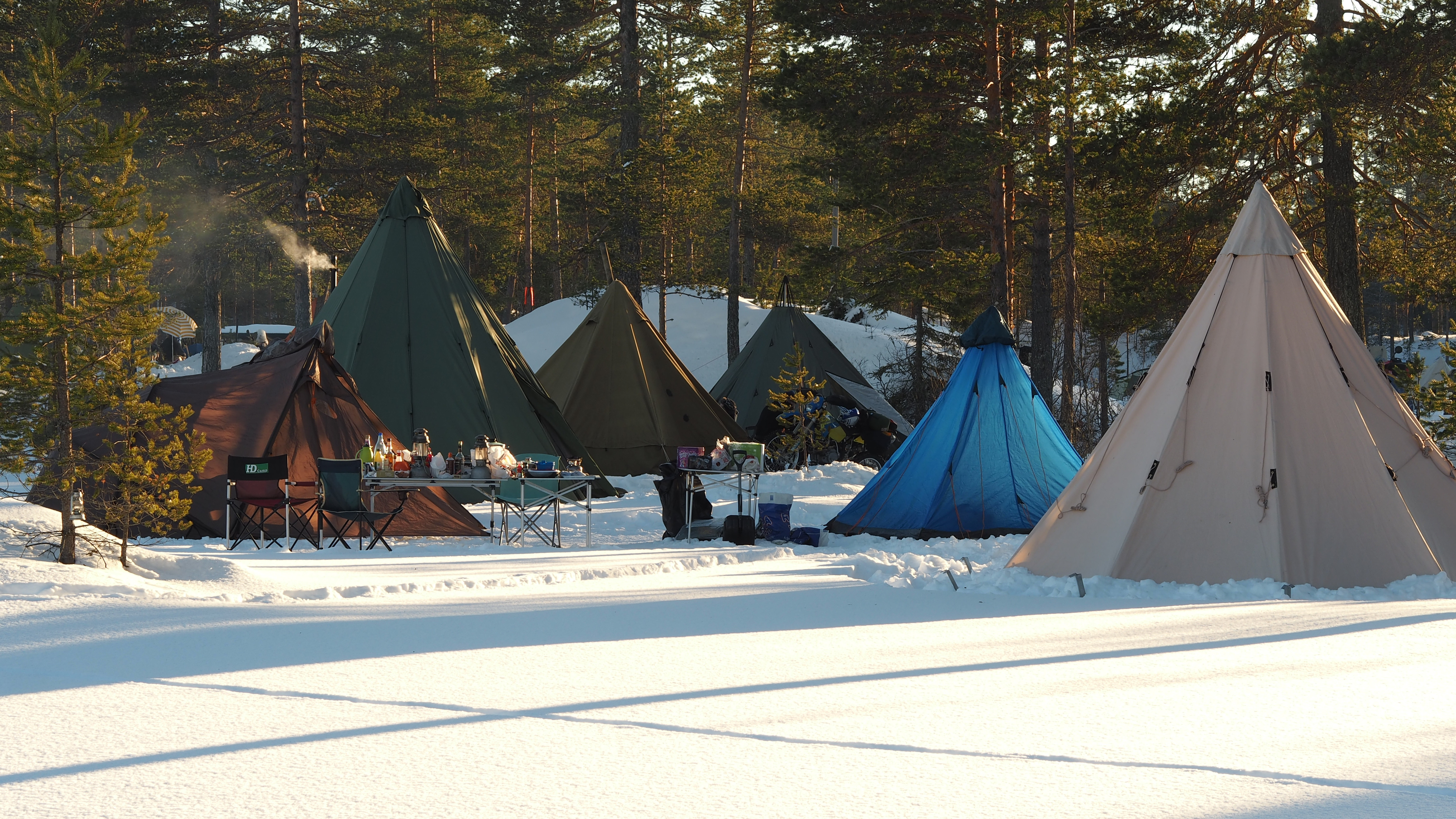 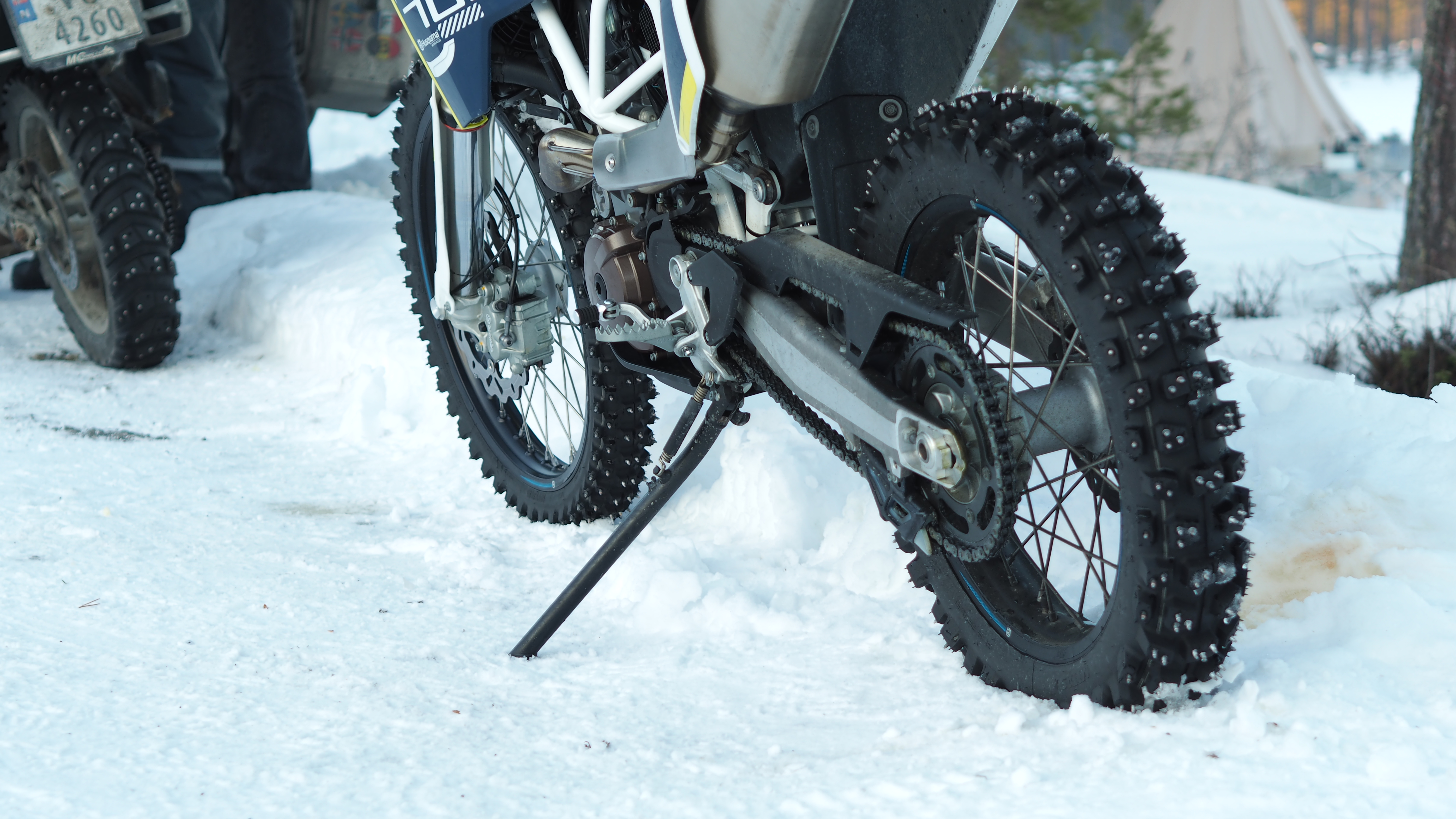 What edit software did you use, as I am looking for some to do some basic stuff…free if poss

You nutter! Great video. Thanks for sharing.

What edit software did you use, as I am looking for some to do some basic stuff…free if poss

What edit software did you use, as I am looking for some to do some basic stuff........free if poss

Adobe Premiere Pro and Speedgrade. The opposite of free but you can do a month's trial. whereisgibson

glad you went more prepared this time and had a good adventure.

Back in the days of old when knights were bold before mo’cycles were invented you’d probably have discovered an unknown continent somewhere you adventurer you.

Back in the days of old when knights were bold before mo'cycles were invented you'd probably have discovered an unknown continent somewhere you adventurer you. National Treasure

Yes but rather than discovering the comforts of the Caribbean, he would have discovered Antarctica!
whereisgibson 16 March 2016 10:29 #16

Haha! My bloody luck to be born when everything is discovered and space isn’t an option yet.