Because the increase in national insurance contributions, food prices and massive gas bills are not enough

Fuel prices have hit a new record high at the pump across the UK, tightening the squeeze on UK consumers, the motoring organisation the AA has said.

Over the weekend petrol reached 148.02p a litre, while diesel hit a new record high of 151.57p a litre last Thursday.

Fuel previously hit a record in November, before wholesale and retail prices fell back.

“With the oil price teetering on the brink of $100 a barrel and retailers keen to pass on the increase in wholesale fuel quickly, new records could now be set on a daily basis in the coming weeks,” he said.

School me here. Just why is the price of oil going up? Gas I understand is tied up with buying from the mafia who we shouldn’t deal with.

Are we using more oil than ever or is the whole oil/ gas price thing just a scam?

Why do we not hear from our government about fuel security? Should the Shetland gas fields be licensed or are we too hypocritical to exploit our own but OK for it to come from elsewhere, you know, nimbyism?

Think some is due to the Russian stance creating uncertainties therefore creating a demand spike .

I would not be surprised if our own government would use Russian threat as an excuse to raise the duty on fuel. If I remember correctly, the duty, which is another kind of tax, on petrol is why petrol over here is so expensive, being that more than 50% of the consumers cost at the petrol pump is tax/duty put on by our government.

It is part of it. There are also issues between the U.A.E. and Yemen that are effecting confidence.

In addition, Covid measures around the world obviously reduced demand, and so production also reduced. But now those measures are being removed causing an raise in demand greater than the speed at which production can be increased.

The thing to remember about oil is it is not a good that is simply drilled and sold but a commodity traded through financial instruments, so subject to confidence and market volatility.

So it is those issues which are increasing prices and nothing to do with domestic fuel duties. Those have have remained unchanged at 57.95p per litre since 2011.

Isn’t that the same right across the EU

That’s so naive or are you just pulling my chain? It’s going to take a decade or more to undo 40 years of EU membership and then some of it will just hang on forever.

Petrol prices have a lot further to go. This from the RAC. 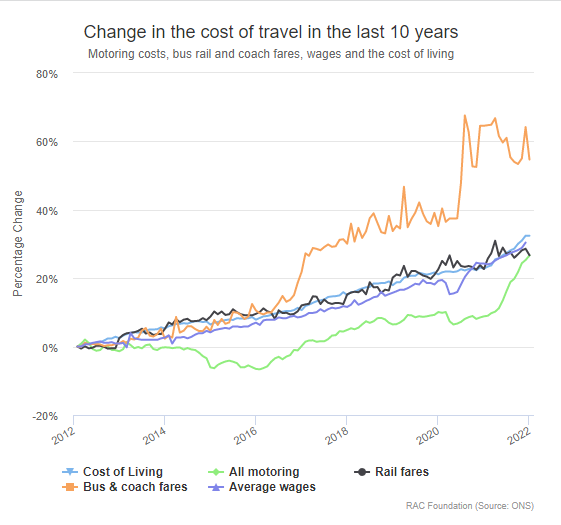 The bigger worry for me is today’s claim that inflation is only 5.5% when you look around everything is rocketing up. 5.5% my eye. 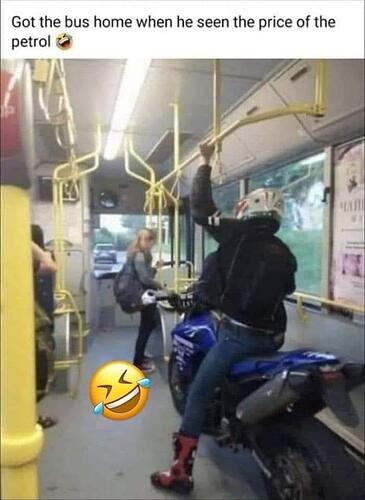 Looks about right. The prices are getting ridiculous and doesn’t look like they’re going to get better any time soon

local garage £1.75 a litre for the Fusions go go juice, was less than 9p a litre when I passed my test!

Just got back from France, supermarket fuel averaging around £1.95/l. Some cheaper smaller places around, but I passed one early afternoon on Thursday diesel was at 2.08€/l, went back past 4hrs later it had gone up to 2.21€/l

This was the weekend. It usually costs £70 ish to fill up Diesel. Now £97, that electric car seems more and more attractive every day. 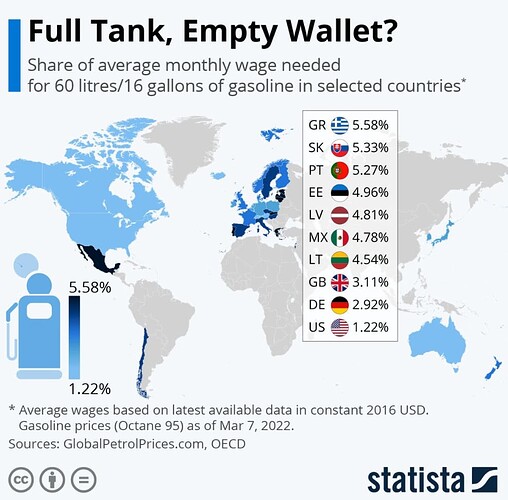 Is this uk gallons or us gallons ?

0.86ltrs difference if i remember correctly ?