One for the ford crossers

Some mild amusment which the likes of @National_Treasure may find entertaining. Fella in the BMW will regret that for months!!

Feckin hell, the only one with even the slightest clue what he’s doing was the Land Cruiser with the roof tent. I’m guessing most of the others regretted it for a while.

There are, as usual, some proper idiots in there, including those who don’t know how lucky they were for it not to end in tears and the idiots breaking the Law by riding their motorcycles over the foot bridge, its called a foot bridge for a reason. We did all that and then some when I led a 20+ strong group of LB’ers on a day trip around 18 Essex fords back in 2013, including the 5 star Little Baddow ford where we witnessed a muppet in a Transit van breakdown midway through 12" of water due to taking the ford too fast.

Fords are easy, its all about the height of water vs the height of intake and exhaust. Keep the engine RPM’s high enough for the exhaust pressure to exceed the water pressure and keep the vehicle speed fast enough to create a bow wave but slow enough so as not to cause that bow wave to rise above the air:fuel intake. The normal way to make progress is by slipping the clutch resulting in high RPM’s and slow speed, if you can’t control the clutch don’t ride or drive the fords.

@Jay made it out ok I see

Fella in the BMW will regret that for months!!

That looked like a water-locked engine, and certainly that level of soaking of the interior alone would write it off. A quick google reveals the numberplate is no longer registered.

Yes, it was the last journey that car made.

I don’t know much about driving through ford’s but my rule thumb would be - if there is a crowd of people filming it with their phones, consider an alternative route.

Insurance claims - “I was being a massive twat”

Some proper numpties there, eh? It’s always quite amusing to see people floor it and then wonder why their car is now a wet paper-weight.

Trollol from the Tesla owner, who can floor it! Hah!

Exit left for a change of underwear

LOL. How on earth? I could have sworn he was floating away.

I’m super hardcore when it comes to fords. I managed this one a few weeks ago 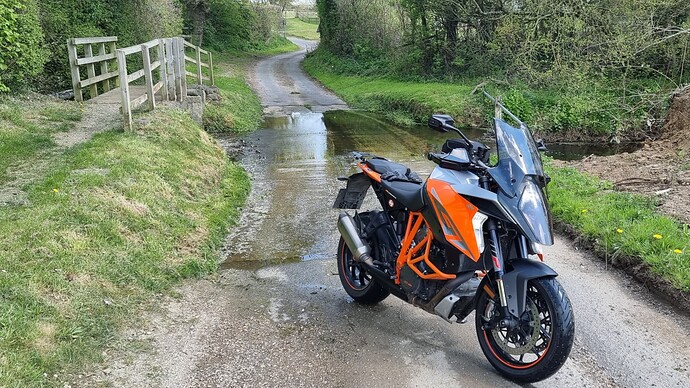 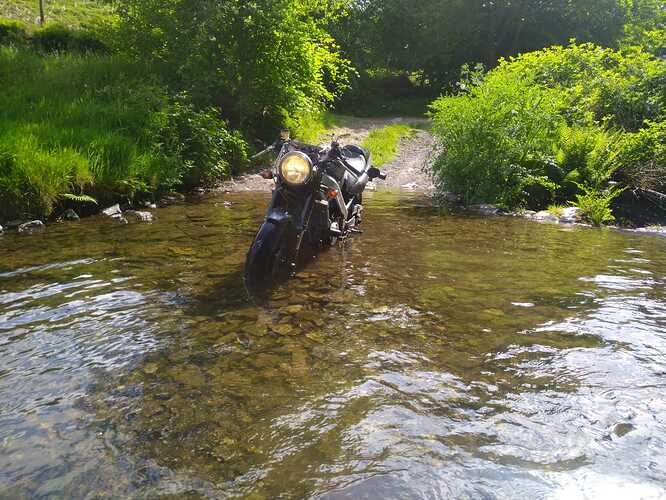