Just a quickie, is there a max GB I can use in my camera… I’ve been using a 4GB SDHC card (I think lol), I know my other camera has a limit and also my video camera can’t take anything over 8GB.

I was just uploading photos to the pc, went to take the card out and flicked it… I’ve looked everywhere and can’t find the pesky card, I’ve pulled files, boxes and gone under the desk but for the life of me can’t find the thing. I need to go and get a new one today as I need it but can’t remember if my Nikon D40x has a max GB limit. I have alot of smaller cards but prefer a big card.

I must be bored today!

Taken from the manual when it first came out:
“When Nikon announced that the D50 only used Secure Digital as storage medium the first reactions were somewhat negative, in the line of: how could Nikon distance itself from the CompactFlash memory card? As often, long term planning was underestimated and I don’t expect anyone will lose sleep over Nikon’s announcement that the new Nikon D40x will be supported by the SD card. The Nikon D40x has an in-built card slot in which you can place a Secure Digital or SDHC memory card on the back, in the hand grip. The Secure Digital card and the recently available SDHC (Secure Digital High Capacity) cards are here to stay and technically speaking are a match for the larger CompactFlash memory cards. The introduction of the 8GB SDHC card is expected this year, to pave the way for the 16 and 32GB memory cards that are sure to follow it. In the meantime, owners of the Nikon D40x can use SD cards up to 2GB and SDHC up to 4GB and have enough storage capacities to choose from as well as different speeds. At the moment, the maximum speed is 20MB/sec for a SDHC class 6 flash memory card .”

Does that mean that’s all the camera is capable of until updated versions of the camera body comes/came out… or until they made larger capacity cards-and they would still be compatible with the camera.

I would’ve been ok until I got the bike cam which at the time could only take up to 4GB cards but they’ve updated the software and once uploaded I can now use 8GB cards. :crazy:

It’s hard being female at times

Ah thanks Digger, I knew I had read it had a max, probably why I only bought 4GB cards in the first place lol.

It probably did mean that - until a firmware update (i.e. the brains of the camera) allowed them to accept bigger cards. So regardless of what the Nikon bumpf says - the second post in the link I gave was from a bloke who said he’d used at least 16gb cards in his D40x - so unless they are prohibitively expensive compared with 2 8gb cards … then at a guess … I’d say you’d be okay with one of them. But - take your camera to the shop with you to make sure it works - don’t trust what gobsh*tes on the internet say! 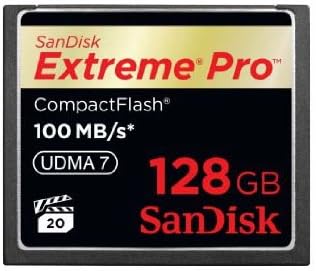 f knows what the point of that card is. extreme iii cards run at 30x speed now (compared to the 20x they were doing a year ago) and that is faster than the cameras can write so the buffer doesnt/barely comes into play