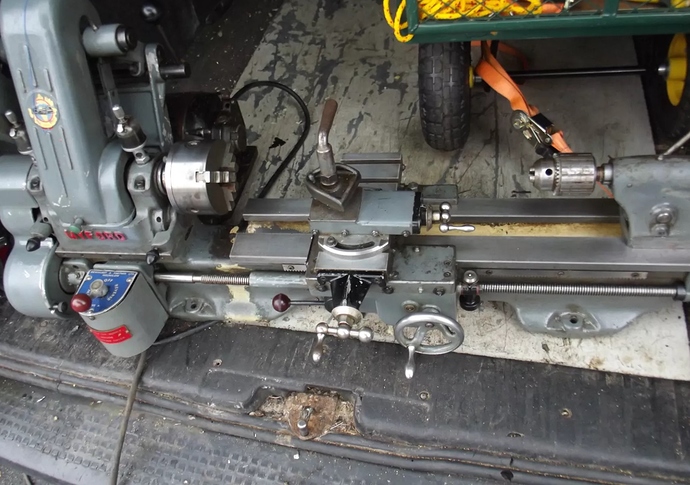 Hey Curtis …just seen your post , how you getting on with the ml7 ? , only been messing about with nylon on mine so far… but hoping all that will change come January .

Just bought a stand, need to rewire it, check the bearings and look at setting it up level and straight

do you have riser blocks ? makes things easier though I have just shimmed mine to make sure there is no flex on the bed …not too sure that I need it to be truly level as long as the chuck/toolpost / tailstock are all in line relative to each other .

sounds like you know what you are doing , I must get some ideas together for the course in January …are we expected to turn up with a plan ? yours looks cool but I only have a vague idea that I want to make some rear-sets from brass for my cd175 café racer steampunk project .

what the hell is a fire piston ??

that is bloody cool , and a really good learning project , maybe we could both do the same thing ?

Don’t see why not, involves screw cutting, tapers, and general turning so a good all round starter piece, I have the blueprints for it too in PDF