anyway hope you like it as much as me 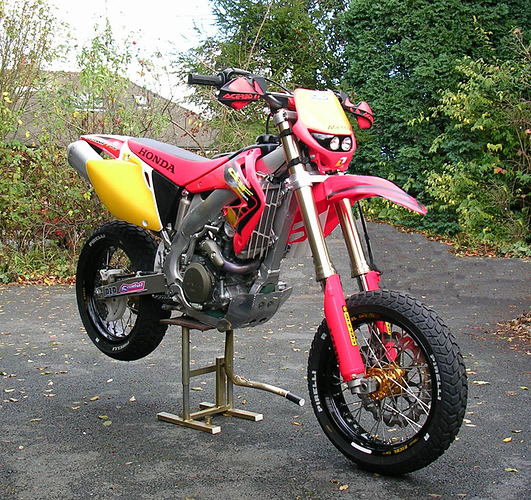 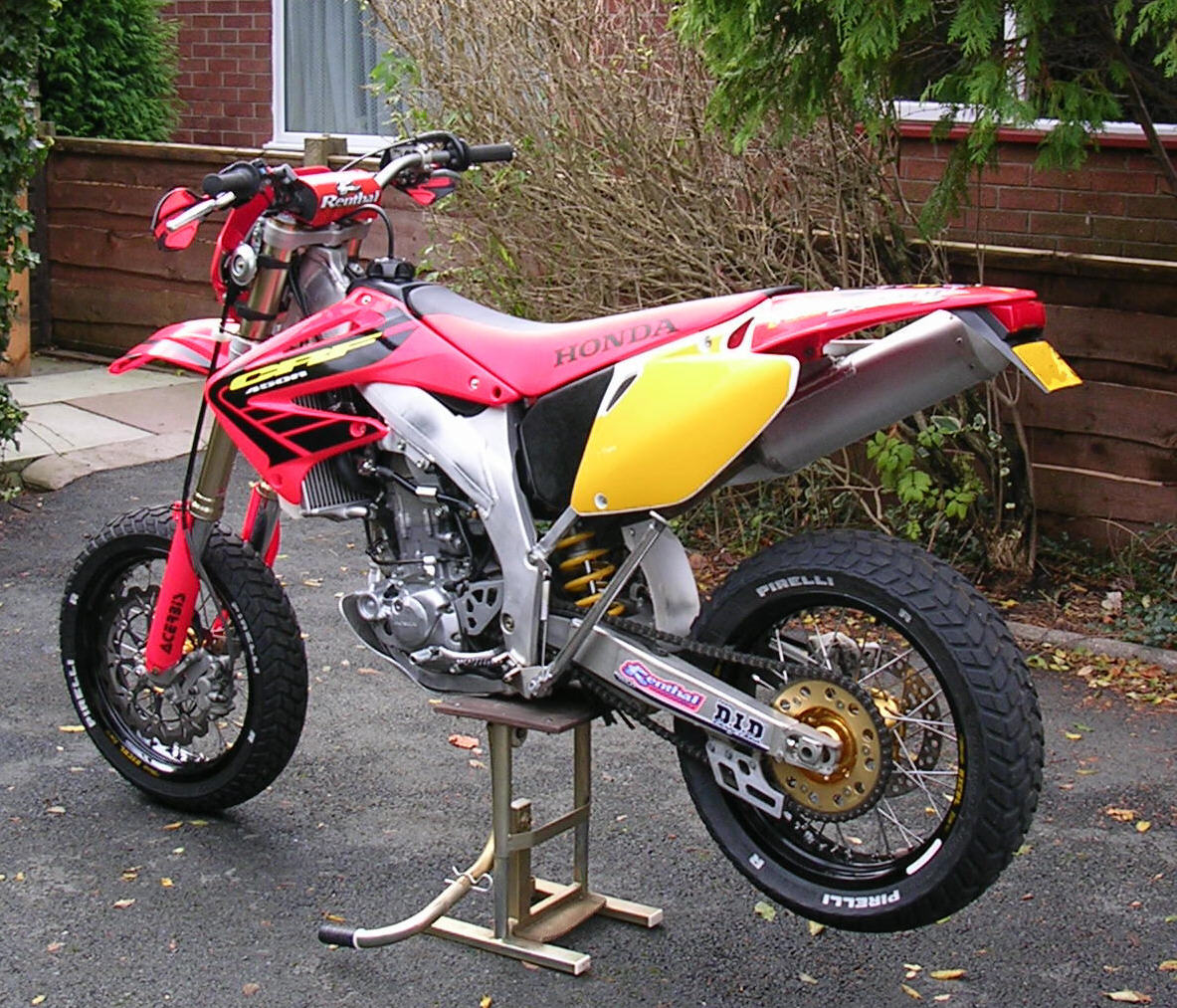 Very, very nice! I know exactly what you mean Cuss, about it making you ride like a twat. I have a DRZ 400 in enduro trim at the moment, but have been planning to super-moto it for a while now, but I ride like an ass on the DRZ, so don’t want to lose my license! I also like the fact it’s cheap, so I might make it a cheap SM, rather than a flash one, just so I can stop quicker and have more grip with road tyres!

Love those hubs and discs…

Very nice, I started commuting on mine this morning, I was tip toeing past the cops on it, for fear of getting pull again, can’t handle twice in one week.

You need some ‘bark-bashers’ Cuss, they do wonders against white-van man and his cohorts. They also save the bike when it, er, falls off the stand. God, I need to get my DRZ done! Every time I wash it, it rains and I use it instead of the Gixxer, so it remains dirty!

ARSE !!! I got pulled again this morning.

Came up to a set of traffic lights and there was a cop car at the front of the queue, I filtered to just behind it and as I was about to stop he waved me passed him. I was sat at the lights thinking “Come on get it over with”, then he pulled forward and said the bike wasn’t showing tax on there system. So, pulled up just after the lights and exchanged pleasantries, I told them I’d just bought the bike and had bought tax on Monday, which I had on me. They seemed happy and left.

I was surprised they didn’t mention the postage stamp size plate or the can.

LOL… They must have been bored to run the check! At least they weren’t that bothered, eh! I think it’s good that they’re running these checks, as there’s so many uninsured, untaxed drivers/riders out there, and it all means that in the event of an accident, someone isn’t insured, so someone loses out on a claim.

Agree that its good that they are running the checks but I wish they would do it to the cars instead of bikes. I have been smacked off 5 times by un-insured or unlicenced peeps now and dont find it at all funny. Bikes are still the easy target.

Ouch! I can see your point, but my bars get a fair bit of abuse, so they’re staying on.