I have just read an article from mail on line from January this year.

The included video is horrific for bikers 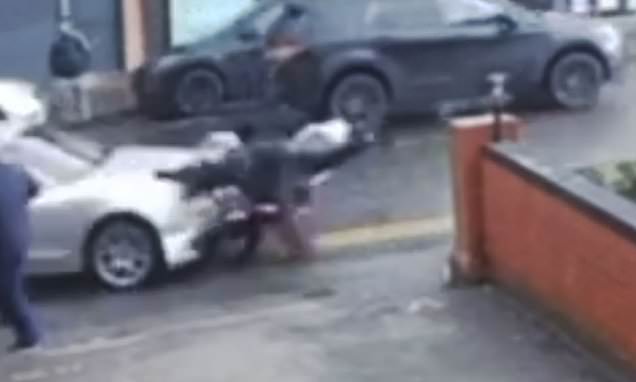 This is the moment a driver 'intentionally' mows down a motorcyclist in a shocking 'road rage attack'. Moments before, the motorcyclist collided with a passenger of the same car.

Wonder if they have caught up with him now?

You would have thought it wouldn’t be that difficult to find as the passenger of the Audi was taken to hospital…so you must assume police know who they are? Unless they left hospital without police ever speaking to them

The driver abandoned the car, but since that hasn’t helped find the driver, I presume the car was stolen or otherwise dodgy.
I guess that when questioned, the passenger claimed to have just accepted a lift from some random guy they’d never seen before and didn’t even know their name.

Different angle in the clip on the Mirror’s website, looks like the bike was filtering and hit a pedestrian who stepped out between cars. The Audi then appears from a side street, presumably having seen it happen. 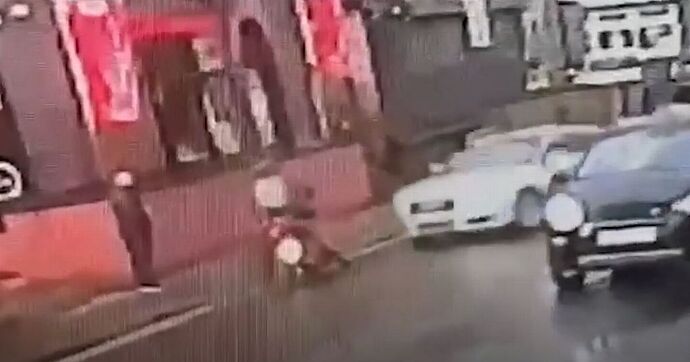 It is odd that the motorcyclist goes straight to their bike after the initial crash, my first instinct would be to check the injured pedestrian

In the Mirror clip is the motorcyclist wearing a helmet camera?