went to shad thames for some grub last night and happened to wander further down looking for somewhere that wasn’t ram packed. 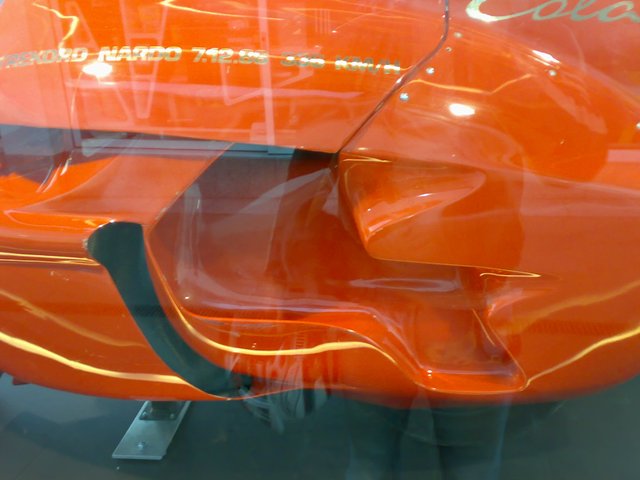 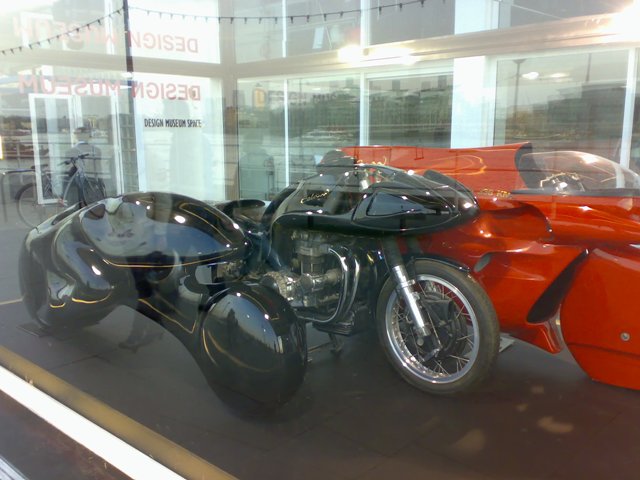 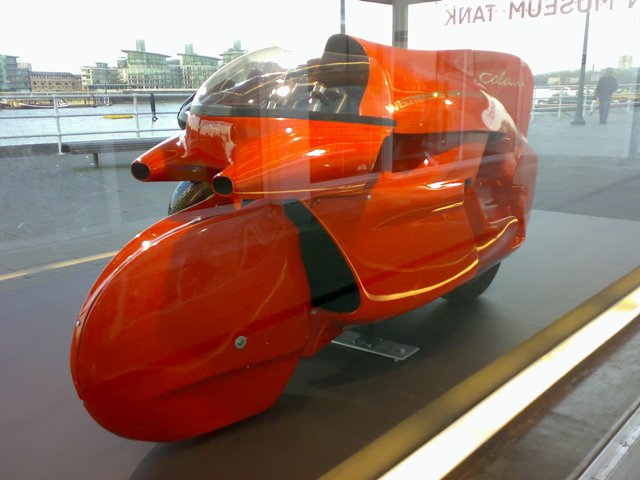 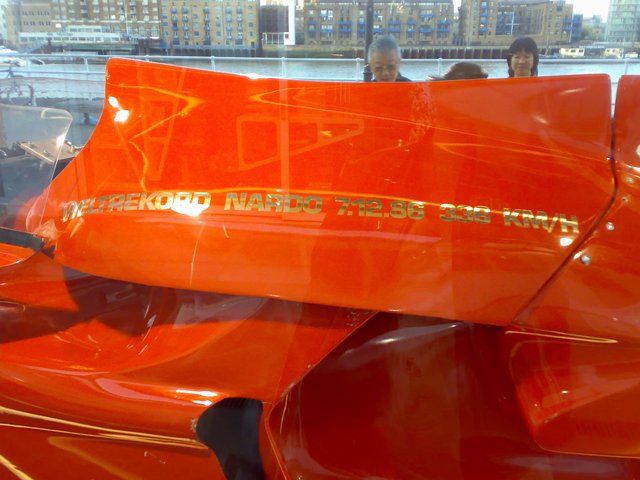 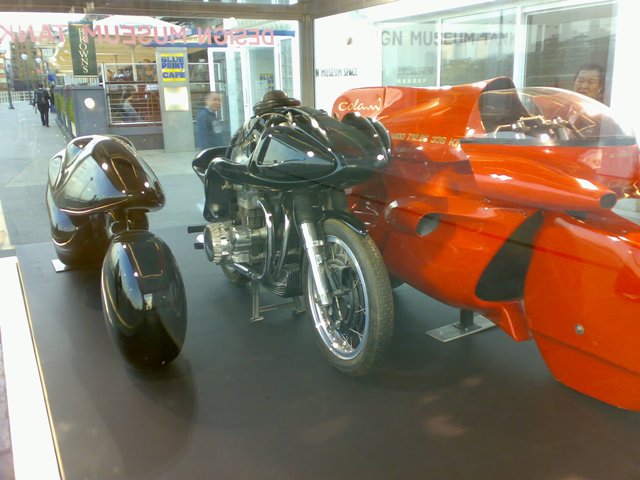 apparently world record setting, can’t find any solid info on the net about it 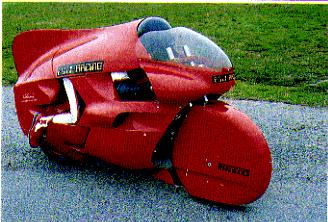 That’s really cool. I like the black faired in one as well. How old are these, looks like 70’s/80’s? Guess they realised it’s not a good idea to be locked in to the bike if there’s a problem

Is that Tron’s bike on the left?

the far left one is a concept sculpture from 1973

the red bike is apparently the 1986 world record version of the MRD 1 with a 300bhp engine. Colani designed the fairing but apparently wasn’t used ‘since the engine had breathing and overheating problems’.

Looks like the bikes out of Akira, especially the red one.