Just wondering if anyone has a 22mm lambda sensor socket that I could borrow. I need to replace the sensor on my car but don’t have a tool that’ll do it. 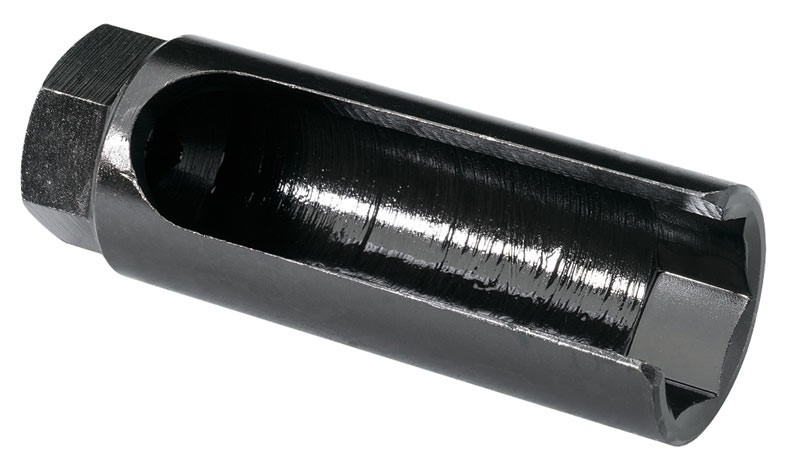 Yep, I’ve got one of them. Think it’s same size, was for Vauxhall Zafira engine Lambda sensor. More than welcome to borrow it.

Great, thanks mate! Where abouts are you based?

Can’t get a spanner on it mate?
I had half an idea I might come over tomorrow and solder those connectors on for you

I’m over in Dagenham.

But if easier, I can always dig it out and bring it to work tomorrow, which is just off Bermondsey Street, 5 mins from London Bridge. Meet me there then.

Oh course, I’ll have to have a good root about in shed and find it first…

The Lamda’s are a pain to get too often, often in sunken recess. The cut out slot on this socket is to allow for cable attached. As with most jobs, they’re a damned sight easier with the right tools. Think I picked up mine off ebay for about £5-10. ish.

I feel an angle grinder moment coming on…

I don’t have a 22mm spanner or a spare long-reach 22mm socket to angle grind (or an angle grinder for that matter). I’m busy tomorrow morning but if you want to pop round in the avo at some point then we can maybe have a go at it, if you think you have something that might work.

Otherwise, Arfa, I’ll take you up on your kind offer. I’m in NW11 near(ish) to the Ace, so Dagenham and London Bridge are both a bit far but if I can’t sort something out then I’ll let you know and I’ll come find you. No need to worry too much about the torque on these, just nip em up

Yeah, my one of those ^^ broke a while back…

Tim, I’ll text you in the morning.