My current commute all year round is Chatham, Kent to Old Street. This takes me just under an hour. It’s fine, not an exciting route by any stretch of the imagination but I barely notice it.

Now I’m looking to buy my first house. Ipswich is really taking my fancy. 160 mile a day commute though. 4 hours a day on the bike. 40k miles a year. Hmmm. I think I can bear it but might switch up to a Super Tenere.

What does the community make of this?

Until my ZZR’s engine ‘exploded’ ( … its in the process of repairs) I have/had two bikes … I ran my ZZR for the winter. It could take a lot of power drains from the heated this and heated that that I have, plus additional lights etc. Its a 1996, so I wasn’t concerned over Winter blight … For the summer I have my ZX10r, and I smile from home to work and back again.

4 hours a day commuting is 20hours a week, almost 3 working days extra. I couldn’t hack but know people that do.

Though I’d look at doing that on a train instead. 40k miles is about the average lifespan of a bike, so you would be deprecating the value of the bike very quickly (they do last longer then that though)

You could well be right, I think costs would be around the same. That said, I really don’t deal well with cramped commuter trains and the bike does wonders for my general well being. There is of course a crossover in length of commute on grim winter mornings and happyness I’m sure!

My servicing costs tend to be ~1/3 fuel costs so even for a frugal bike this works out to pushing 4.5k

My TDM 900 probably has years of abuse left in it at probably just the 50,000 miles on the clock now, and it’s worth not much after a few tasteless mods. But for a normal person buying a used Super Ten or something similar, there’s at least a grand a year in depreciation.

If my commute was 2 hours each way, I’d either move or change job.

That’s fair enough! With house prices what they are, I’m finding myself needing to get imaginative with locations

I used to do north herts to bank every day, 90 minutes each way. It was exhausting having to concentrate for that long.

So you’ll be leaving the house at 6am and getting home at 8pm (at best). Assuming you get up at 5am and want 8 hours sleep you’ll need to go to bed at 9, so get a grand total of 1 single hour to yourself per day including eating an evening meal.

Did you find it cost you the same as the train anyway?

What did you change? Jobs or house?

An hour would be the max I’d travel for daily work.
I’ve done longer in the past and it meant I was too knackered to do anything else on a week day other than work, commute and sleep. Wasn’t good for my wellbeing.

Also more time on the bike, more time for something wrong to happen.
Think about what the commute would be in winter as well!

I already live (but don’t own) an hour from where I work - where I work is not changing any time in the next few years.

I’ve just been offered a new job, which is in Moorgate and that is driving my decision to buy but there’s not too much tickling my fancy in Medway. I’m looking for a large 3 bed end of terrace of semi with a good sized garden that I can extend. The hope being that in 5-10 years it has appreciated naturally by a fair deal and also benefited from sensible remodelling

I’ve googled areas that are forecast to appreciate. Margate came up, but I saw the commute time and that I felt brought places like Ipswich into the mix. If it weren’t for the price of train tickets I’d even do Manchester in all honesty!

I think Nivag is spot on in all honesty. The commute isn’t a problem even on cold winter evenings or wet april mornings but does become a problem when traffic is bad on A2 and you’ve effectively got 35 miles of filtering, it takes 90 minutes and you get home shattered. I had wondered if you just get used to it all though

And quite right Panagiotis, I had a little tumble in January and I still haven’t worked out what I got wrong but I’m sure a bit of fatigue didn’t help

Is it a job you can work remotely a couple of days and then ride in now and then?

No, in fact my current one is. I started off at the current role on 5 days but midway through last year arranged 1 day a week working from home.

Because I’ll be the only software developer on the new team, most of my work will be autonomous. I may well have that discussion after a few months but I’m definitely joining under the impression it’s 5 days.

In a few years time, I’m intending in leaving London in the wing mirrors and starting my own firm.

I have to move out of my current place. It’s a terrible arrangement in that I’m living in my mum’s house but bleeding out £1.5k a month in her bills etc. We’ve come to the agreement that we’ll both move out; she’ll move in with her boyfriend, and I’ll buy somewhere.

Renting in the interim isn’t really something that excites me, because it’s then very hard to save for a place and you’re paying someone else’s mortgage. I’ll see if I have enough friends to rent a flat in medway with and buy somewhere mad like Ipswich. Spreadsheet says that I’d probably save £250 a month in travel with that arrangement so anything under 450 all in might not be a bad shout.

I have (two) workshops at present. The garage is full of woodworking machines and tools, and I’ve built a separate one that stores all my mechanic stuff for the car and bikes. And then I’ve got a car and two bikes. Both are things I’m not really willing to part with - so I’ve made this quite tricky for myself!

think your lubing the chain every other day ,Every 8-10 weeks or so you may be looking for new tyres ( 6-8000 miles) . will you enjoy fun biking after it …The A12 from Ipswich is Dullness personified . Used to commute from Ipswich to Chiswick in a car many years ago .

for sake of sanity DON’T 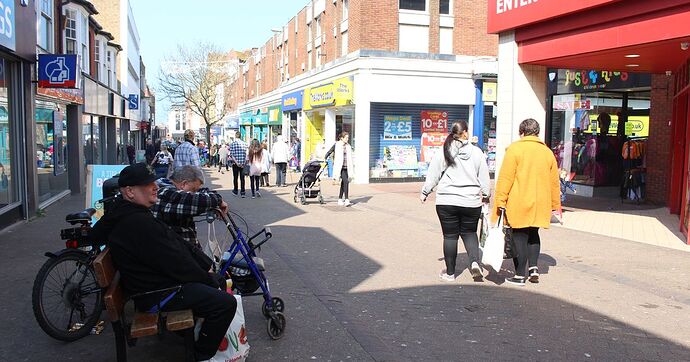 Violent crime is reported in Margate every 6.5 hours - this is what's behind it

Statistics say its the sixth most dangerous ward, but the police say the figures prove there is more victim confidence

Lol yeah I’ve been to Margate, but in all fairness property values there are going up

Between the two bikes I already cover mid 20k miles a year - so I’m pretty much permanently limping from how much I’m spending on servicing. My VFR1200 would definitely be out the door if I did go for it. I can’t believe how fast that thing goes through tyres, brakes and fuel!

The spreadsheet says that the train definitely isn’t an economical option. Maybe a rethink on Ipswich.

I think Nivag is spot on in all honesty. The commute isn’t a problem even on cold winter evenings or wet april mornings but does become a problem when traffic is bad on A2 and you’ve effectively got 35 miles of filtering, it takes 90 minutes and you get home shattered. I had wondered if you just get used to it all though

For one of my jobs I had to commute from South East London to Milton Keynes for the first 2 weeks of a company merger.

Then had to go once a week there after. Those 2 wks killed me, as mentioned above exhausted when I got home, when I got up, when I got to the office.

I have to get the underground every now and then, always a reminder of how much i had commuting, but if rather that than long hauls on the bike.

On paper it sounds ok, but it is hard going…

not just material Costs you also need to put a price on your time too.
those 2 hours on the bike you are not achieving anything other than getting home…
on train etc you can at least be socialising etc doing your domestic transactions la la

True, commuting on a bike should be quicker than public transport. When it gets slower then you need to consider if it’s worth it

That’s the main reason that I no longer commute on the bike. Train is quicker and more comfortable.

I currently do about an hour to work and an hour back but I do 12hour shifts and so only around 15 days a month. In winter it’s a bit of a chore…

If you’re in the position to buy now, you plan on leaving London also in the not to distant future.

Have you considered buying a BTL in Ipswich and then renting in London whilst job hunting in Ipswich. Add up your commuting costs and put a price on your time spent commuting. Also consider how much cheaper your mortgage is in Ipswich, compared to buying in London. Then consider a job that will inevitably be a lower salary when compared to London but your quality of life will be on par if not better.

In this scenario you’re sort of setting your life up in Ipswich ready for the relocation in the near future and yes you might be renting yourself and paying someone else’s mortgage, but somebody else is currently paying your mortgage also.