Next week sees this year’s Ride to Work day, as organised by the MCIA. If you don’t know what this is, it’s your chance to promote biking at your work-place. How many people at your place of work ride? How many ride to work? How many would like to, or are interested in riding? If you take this chance to show the bikes off, you can increase education levels for your employer and the people there.

At my work-place, which is a business park, we had our first Ride to Work day last year, and it was good, we got the bikes together, had a chat with the business park owners about how to make life easier for bikers, had a chat with those who were interested about bikes and let everyone know there’s a better way to get to work than the sardine-tins they use and get annoyed at twice a day.

The day promotes many things, but mainly how good bikes are for getting to and from work. There’s literature available to show employers the benefit of promoting bikes to employees, so perhaps print some off and go and have a chat. It could help benefit you in the future, i.e. better parking facilities, ground-anchors and other incentives. 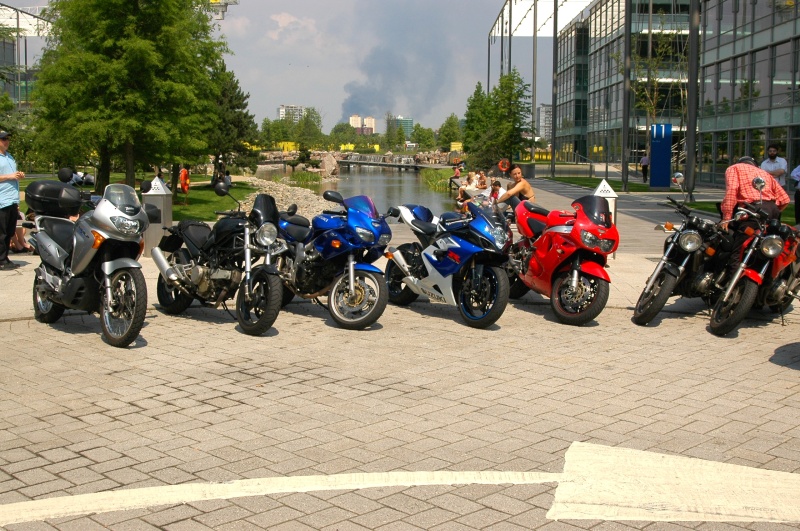 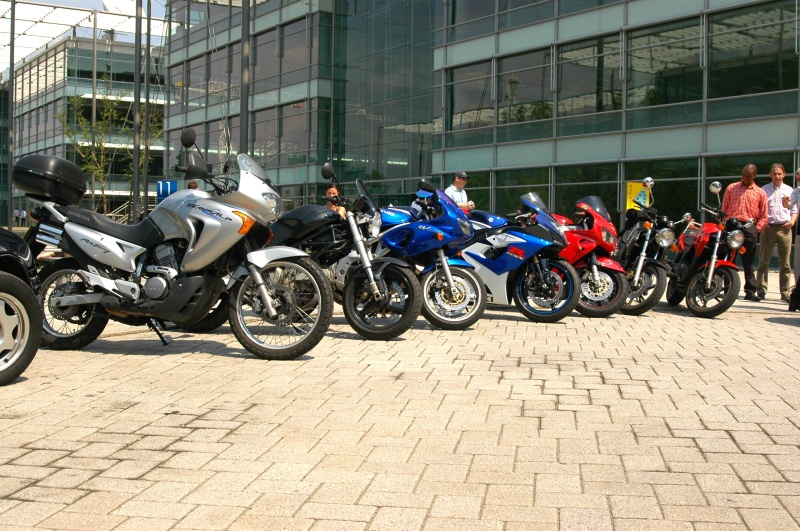 Will be riding, well thats the plan. We have plenty of people that ride in where I work, especially in the summer. Its now proving very hard to get parked in the nice secure underground car park at the moment.

I ride everyday anyway but specially that one!

No Sean! It’s for motorcycles. You guys should get together wity other bikers at work and do something, i.e. group together for a couple of photos, talk about the benefits of biking to those perhaps interested in riding, tell them about LB, etc…

It’d be nice to get a load of photos from everyone who did this and put them together on the site! If anyone needs some LB flyers, we can get you some as well.

I cant really ride to work

I’ll get me coat lol

We are doing an event at work which is why i need stickers/flyers, whatever but Cez has kindly offered to drop them off

We get free breakfasts cos we’re bikers

If i ride to work, that means my van will be outside my house when i get to work which means im pretty screwed come work time…

Anyone meeting up on the morning of 19th anywhere?

Put the bike in the van, Flatout?

Three of us here at work will be meeting at the Ace around 8am on this day. We’ve also made our own “flyer” too and put it on all the other bikes currently in our carpark. Hopefully we’ll get a few more people along.

Good idea jay not sure it would fit though…

flats…if the bike don’t fit, then take the mattress out from the back shag waggon…!!!

I ride to work everyday too, so I gues I’ll be doing the same that day!

but then you would get carpet burns on ya knees, and last time you moaned like **** about it, and you wouldnt let me near ya for two weeks…

Drei, that’s bad, presumably they’re worried about noise or something. Perhaps you should get together with the other bikers and put a case forward to them, i.e. like a petition!

Where abouts in London do you work, looks like a bit of a fire going on the background of the first photo.