Those close to me may know I like electric vehicles. I think they’re the future.

We got this PR piece recently. It’s out of date now obviously, but I thought I’d share it as I find any developments in the electric bike space interesting and thought you guys might too!

Making their UK debut, Italian Volt travelled from Milan to showcase their bespoke designed electric machines to an intrigued ‘Festival of Speed’ audience.

With two models being assembled and reassembled with 3D printed bodywork and other components, onlookers and media were fascinated by this next generation piece of engineering.

Of particular interest was the interaction between the IV designer and individual potential customers. Using the latest Rendering techniques, computer sketches were built up from a diverse choice of silhouettes and colourways, to create unique designs which were then emailed directly to visitors smartphones.

The Festival also marked a continuation of the journey for the brand both in terms of its progression but also literally, as the team stopped off to shoot film and imagery both ways, in the Alps and French locations.

Using the stealth like running of the electric powered 208 NM of torque Lacama model, the IV team also had some runs up the legendary Hill ‘on the quiet’!

The Goodwood visit was very much an investigative experience for Italian Volt with further UK appearances planned soon. Orders for the Lacama are being taken now, with UK road legal models available later this year.

Italian Volt’s VP of operations Alessandro Miraglia commented; “Goodwood was certainly an interesting experience and it is clear to see why it has such a draw for petrol and electric fans. The questions we had and interest from the media was certainly heartening.

We also used our time to get some great photography at Goodwood and other locations plus spend some time talking to aftermarket suppliers such as Öhlins who were located near us. We look forward to travel back to the UK soon!”
For more information visit www.italianvolt.com 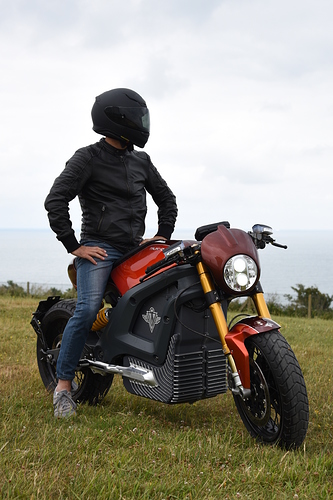 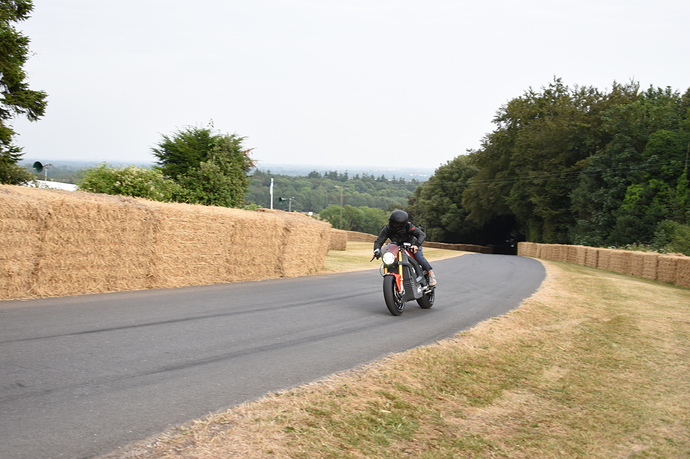 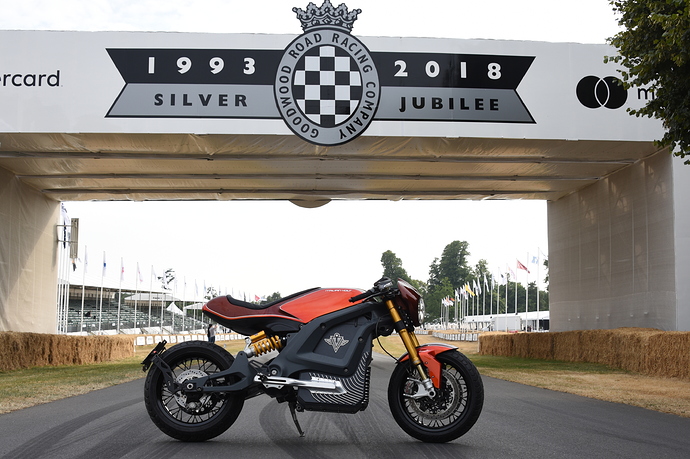 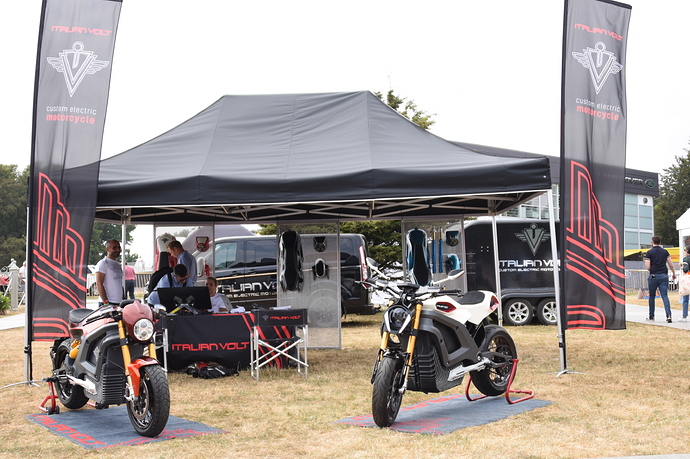 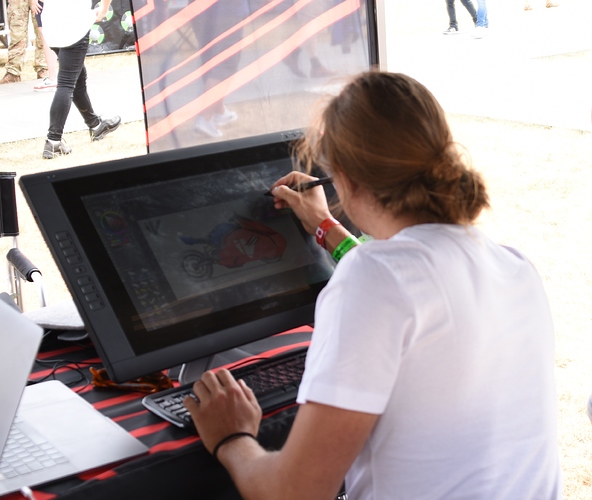 I think that’s a reasonable range to expect from a bike and hopefully we’ll start to see 200 mile range bikes before long.

Companies like Tesla have a huge advantage over other manufacturers in the car space as they invest so much time and money themselves into battery tech R&D. I would imagine it is a lot harder for small electric motorcycle startups to try and also innovate the battery tech as they need to.

We’ll probably see a lot more electric scooters before we see motorcycles. There’s a good number of startups around the world trying to make pay-as-you go scooter hire in cities a thing, or battery-swap station systems.