Incredibly the rider survived this

Warning: you will find this shocking.

Police have today released footage of a 70mph head-on crash which left a motorcyclist with life changing injuries.

I think his only saving grace was he went straight over! That maybe what saved him.

But the sheer breaking on his bike! He was hard on them, hope he makes a speedy recovery.

Edit: probably not for the faint hearted…

Edit: probably not for the faint hearted…

Very chilling, I hesitated before posting but rationalised that if the South Yorkshire Police think it is worth the discomfort of viewing then it should be more widely seen.

It’s astonishing he survived. Hopefully he’ll make a full recovery. The press release by SYP puts his survival down his airbag jacket. I might start researching them now. He probably also helped himself by shedding a load of speed before the inevitable impact. It is quite likely his group where doing 50 - 60 mph; he pulled a stoppie which probably scrubbed most of that. It could have been worse.

I’ll be honest didn’t read the article (I will later) but hear those air bags are supposed to be good, but they are not cheap, but given that as a proof of concept! Think I’ll start looking as well.

You could always go with a chinese version for a lot less.

Poor chap didn’t have a chance.

And his two mates must still be trying to contemplate what they saw happening infront of them.

Wise words from PC Carson "You might be travelling in a safe manner, but that doesn’t mean everyone else is. Please make sure that you’re wearing the right kit, it might be expensive but without it, your life could be at risk.”

but that doesn’t mean everyone else is.

I’ve only done a few track days but I can clearly remember that feeling of terror when you leave the safe circuit after a day’s fun and encounter your first oncoming car on the public road. After all the safety measures of the circuit it seems incredible that a two tonne car is allowed pass in the opposite direction with only a strip of paint for separation.

After a while you become used to it again but this video shows the reality.

…it seems incredible that a two tonne car is allowed pass in the opposite direction with only a strip of paint for separation.

This is the rational behind France dropping the speed limits on rural roads with no central reservation from 90 to 80 kph. Though I know a blanket 50mph on rural A/B roads wouldn’t please many here…

France dropping the speed limits on rural roads with no central reservation from 90 to 80 kph.

I was driving in France over the Christmas. It did feel weird setting the cruise control to 50 mph on a totally deserted wide straight rural road, especially at stupid-o-clock in the morning heading for the ferry, but it hardly changed my journey time and I got used to it soon enough.

But come the summer there will still be plenty of riders saying they are too skilled to need to wear all the gear all the time. 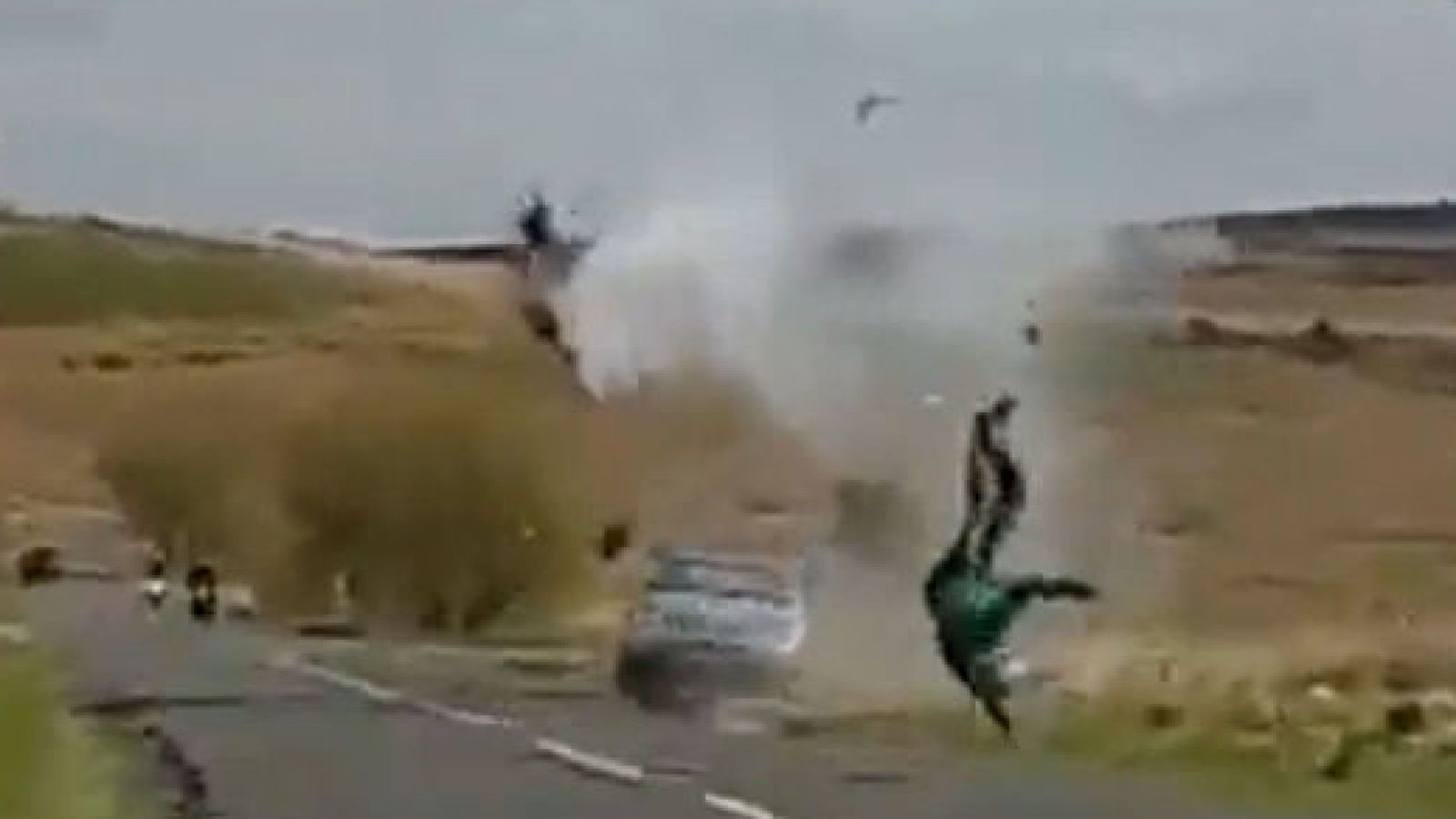 Driver jailed after motorcyclist catapulted through air in head-on collision

Dramatic video of the horrific collision was released by police after the driver of the car was jailed.

The driver of the Subaru, 41-year-old Florian Pratt, from Nottingham, was jailed for 16 months at Sheffield Crown Court on Thursday.

Pratt admitted causing serious injury by dangerous driving and was also given a three-year driving ban by Judge David Dixon.

PC Phil Carson said the motorcyclist would have died without his protective gear.

He said: "The offending driver had no previous driving points or convictions, but on this occasion he demonstrated an exceptional lack of judgement.