If I'm a bicycle

…then I can use bicycle lanes? 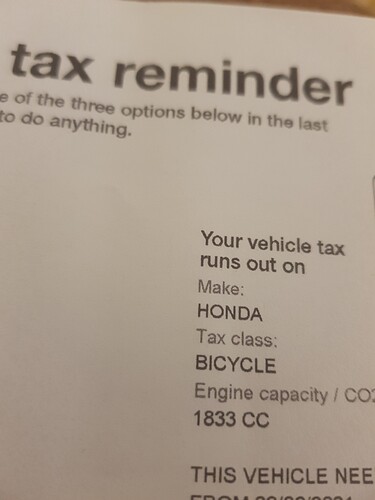 Every motorcycle is a bicycle, not all bicycles are motorcycles…

And the answer to your question is, only if safe to do so from accident and getting caught

It was tested several times with the Bus Lanes in the 1970’s. Bicycle refers to the Tax Class not the type of vehicle.

I don’t see why not, everyone else does. 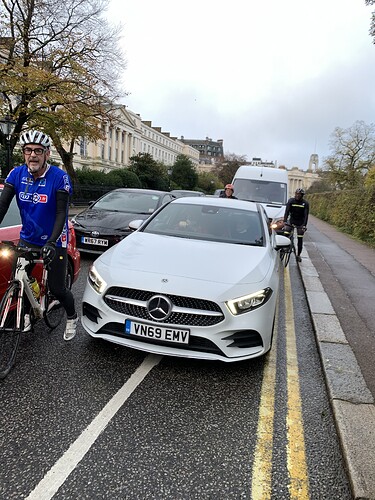 I saw a sign in Lima announcing that a highway was “solo autos”.

I took this mean “no lorries” so chanced it on a motorbike but turned out the literal translation “only cars” was correct.

Got pulled by a copper and to avoid a fine I simply played the “dumb foreigner” to perfection. Quite easy when you are both dumb and foreign.

Best part of the story, cheeky cnt of a copper was on a motorbike

However, the only way to truly prove this is to take it to court and see how the judge interprets it.

So, which LBer would like to try? I would but don’t have a bike at the moment

It was tested several times with the Bus Lanes in the 1970’s. Bicycle refers to the Tax Class not the type of vehicle.

Whereas the V5 does define the vehicle type & will clearly state ‘Motorcycle’.

They even specify ‘Motorcycle’ for scooters, but I think they just do this to deliberately wind up Nick…

There’s more to a V5 than registration number and VIN but so few of us look any further. I think the Policeman in the video @Boris posted pointed out Section D.5 but svengalie cut that part out because it just makes him look stupid.

Not much joined up thinking if you can be taxed as a bicycle but be a motorcycle, especially as bicycles aren’t taxed. Designed to confuse or never thought through.

The reasons will be historic dating back to the 1903 Motor car Act, probably made perfect sense back then.

Indeed - how the fck can a scooter be classed as anything other than a “knobmobile” ?

Government agencies tend to use “bicycle” to mean a motor bicycle in the same way that “car” means a motorcar and not the cable or train kind… But almost all legislation refers to them as motor bicycles anyway, part of which is legacy and part that motorcycle is more general and includes motor tricycles.