I cannot WAIT until MotoGP is underway again...

Am I the only one counting days until MotoGP is underway again? So many new riders this year, a new iteration of machinery to marvel at…and the incomparable Valentino Rossi to watch.

I would give almost anything to “borrow” his talent on a motorcycle…just for a few laps…if only to see what it felt like to be the absolute BEST in the world at something. The guy is just incredible.

Look forward to every season.

Last year the best 4 races I watched were 125GP. Turkey was awesome, change of the lead at every other corner.

I hope Marco and Nicky (and possibly Pedrosa) can sustain a serious challenged this year. The same guy winning fairly easily every week is a touch dull, Micky D killed 500GP as a race specticle and Rossi has pretty much done the same.

People dislike Max, but at least for a few seasons he made Rossi work a bit; rather than talking himself up and then doing nothing.

Shame Loris is sticking with Ducati, I’d love to see him on a Honda with decent rubber.

That said Loris was doing well until he crashed. He’s ahellofa rider. Be interesting to se how Gib does on the Duc.

That reminds me, VIP for Donnington

I can’t wait either, but really I want to see Rossi not win. I don’t like people who win too much

I can’t wait, but I’m never going to donnington unless there is pure sunshine.
last year I sat in the rain getting angry that there is no cover for spectators, lucky that we went by car so we could dry off

I’d still watch even if Rossi was guaranteed to win. Watching genius is something I never tire of.

But with the rider shake up, JE on a more competitive bike, Ducati getting stronger, Hayden no1 Honda it could be the best yet.

And don’t forget the wildcard 675 rider, recognised only by the parrot hanging grimly to his left shoulder

Moto GP,BSB and WSB cant wait.British rider Bradley Smith has meteorically risen through the ranks to 125gp class this year and he is only 15.With guidance from Alberto Puig hes in great hands.
In the MotoGP class i`d like to see the fight taken to Rossi as the unpopular Gibernau used to do.Looks
like a few riders may be able to do that,but whether they can do that week in and week out is another thing.

And here he is testing at Sepang 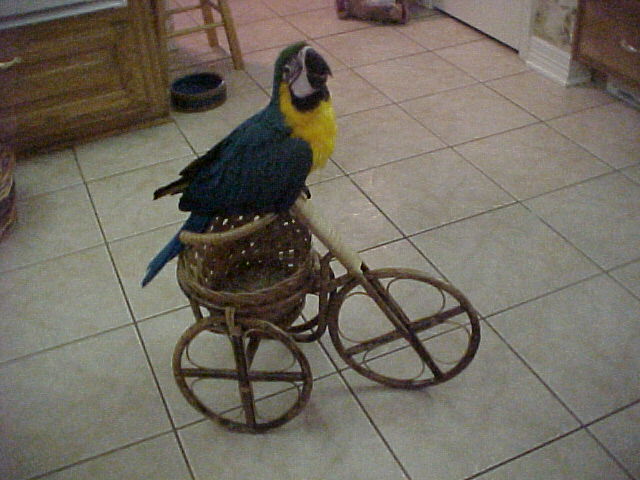 Man you kill me.

Just stumbled across this compilation…the “music” isn’t my thing, but the racing/practicing movies are slick.

My apologies if the link is a repost.