Just to show a few pice of my bike, just come from a dragstar to my gsxr1000z limited ed now there aint no going back for me, i’m a total convert to sports bikes, just can,t get enough of it.
Hope you like my pics, so far i have added: carbon can co end can, evolution composites vented hugger, pre load adjusters from M&P,undertray(already on the bike) and some small indecators.
Next month when i go out to the states i have some watsen indecators and some pig mirrors waiting at my inlaws so that will be some more to add to the bike when i get home. I will post more pics when i have the xtra goodies on (god i’m hooked !!). 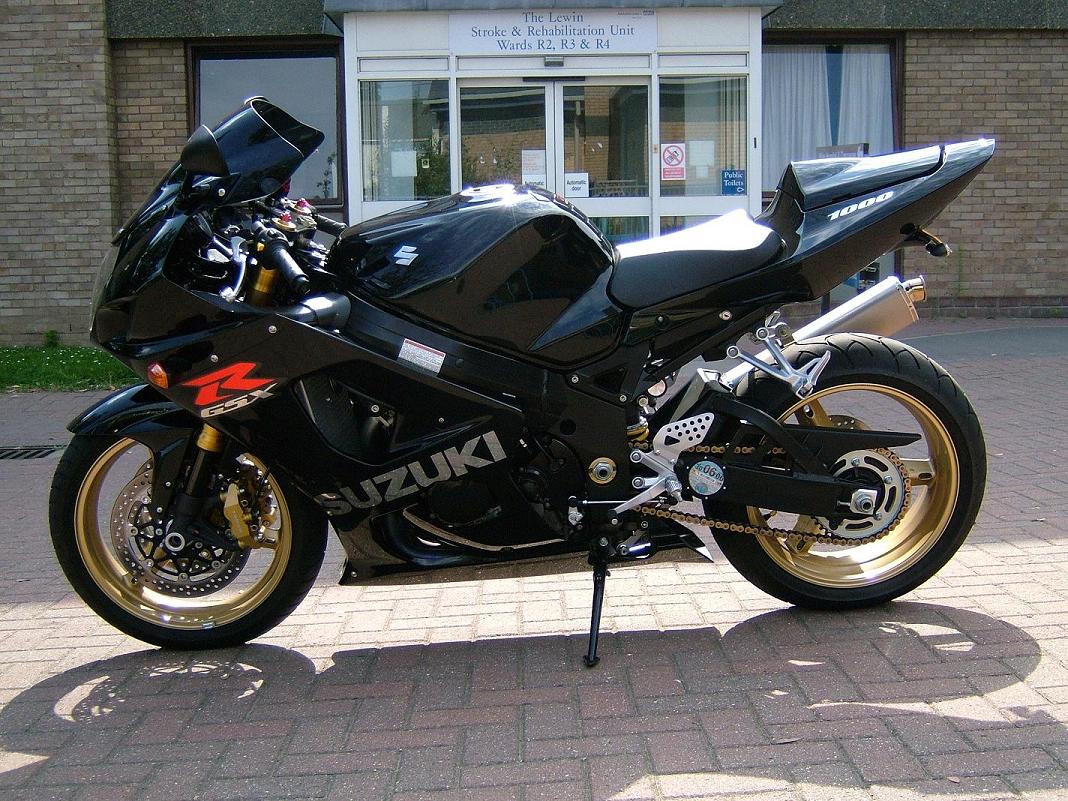 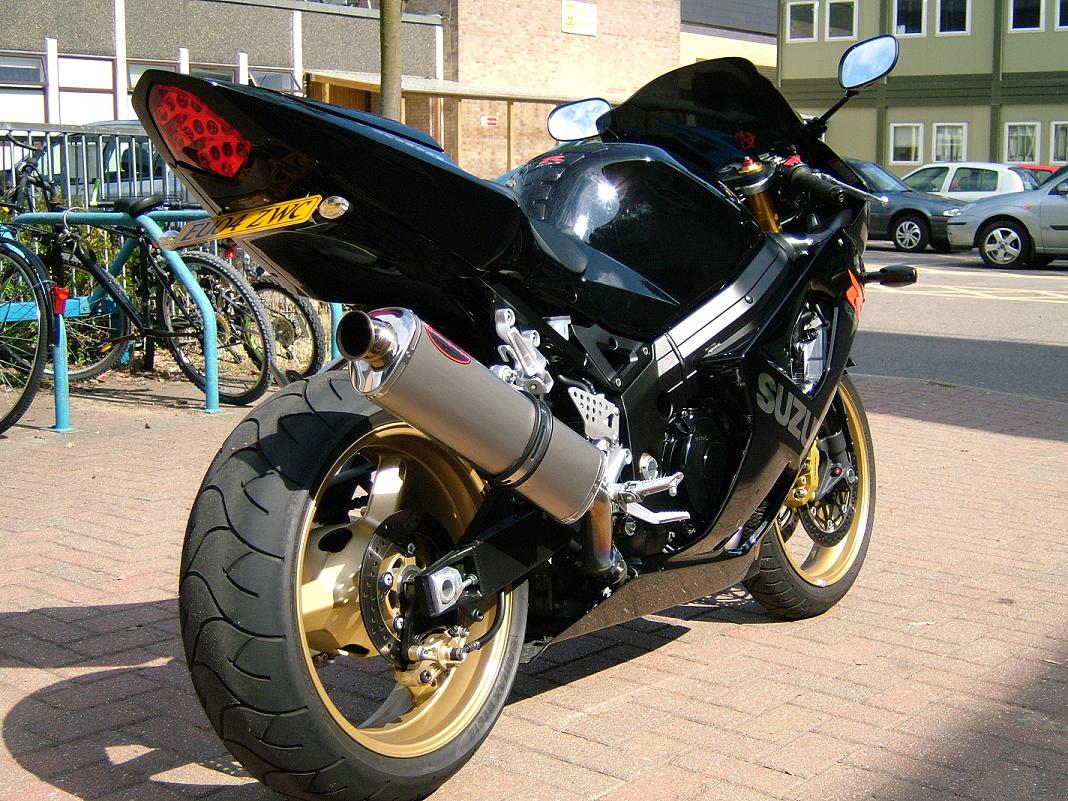 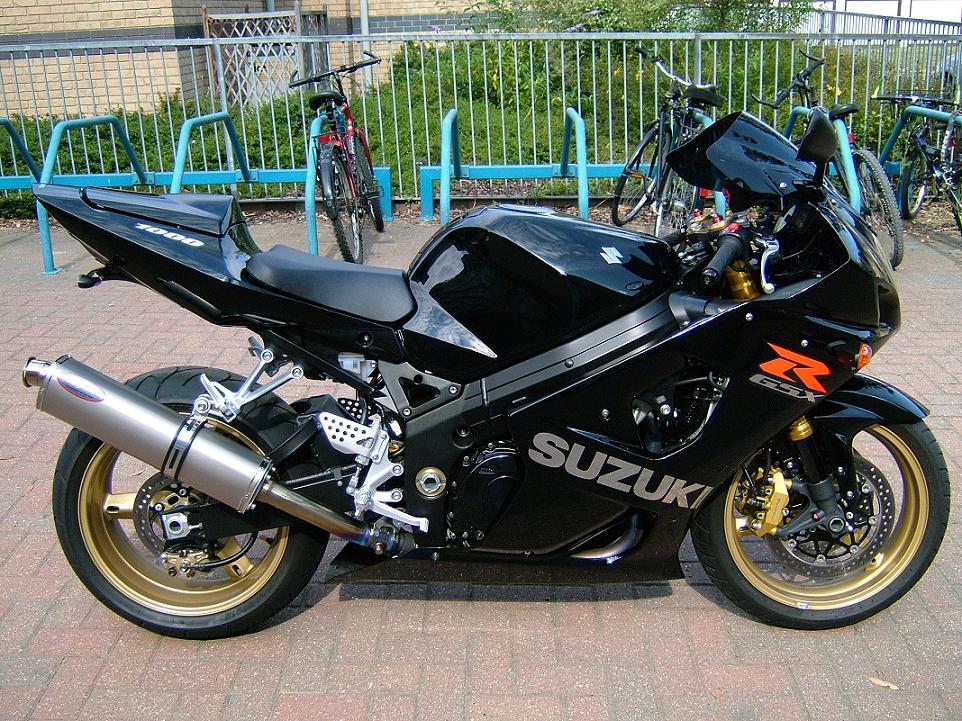 Alright mate, welcome to the forum. Nice Gixxer you got there, enjoy

Spooky look what I got today

Had to go one better didnt ya Jono

njs71, very nice bike you have there! I hope you’ve got the bike in gear when you’re taking these pictures, that slope looks mighty inclined, I wouldn’t want to see it roll off the stand! There’s nothing quite like the rush of riding a sports-bike, eh!

Really nice bikes boys! Glad everyone has realised that black is the fastest!

I got her out the garage last sunday to go on the unity ride, meeting at the ace for the midday leaving time, bang down she went, rolled off the stand on a slight slope, made me feel sick but luckly for me no bad damage engine cover scratched and snaped the toe piece of my gear leaver off, so that put pay to my ride with my mates down to london, i drilled the the remaining lever and put a bolt in, so i managed to go out with said mates for a few hours blasting. I have replaced lever and side casing from ebay, gen parts for not a lot of money, so i think i had a lucky escape. From now on any slopes and the bike will be in gear.

Doh! When I damaged an engine cover on a gixxer not too long ago, I simply sanded it back and repainted it with heat-proof paint, did the job, looked as good as new! If you’ve still got the old one, perhaps do the same and sell it on eBay as new.

good idea, might as well get some cash back, there again might just keep it for a spare, not that i want any more accidents to happen…touch wood

Thanks for the coments, i can’t get enough of my black beauty 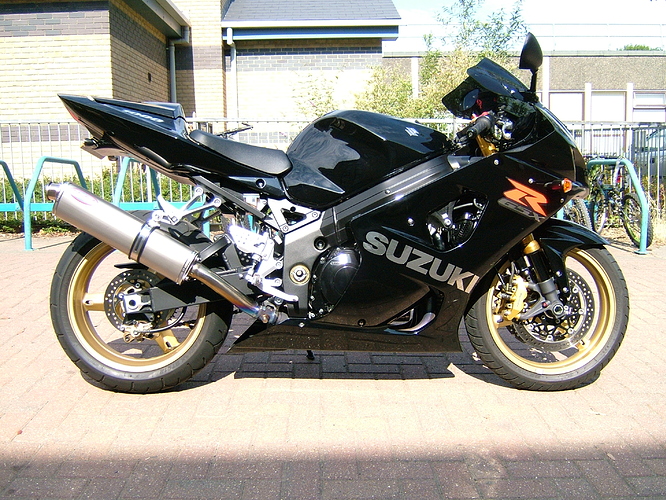