Hi every one, Jo has rung me this morning understandably upset, as a jerk in a merc has pulled into her path from a side road and she ran into thier side!

The good news is Jo, was using the car that we bought for her to learn to drive in and is ok, but then it will take a while for her injuries to manifrest themselves.

The bad news is that this women began ranting about how Jo was going too fast! This has really knocked her confidence and she is dwelling on the fact that if she were on the bike she’d probably be very badly injured (she’ll know about that when the adrenaline wears off and whiplash and chest bruising sets in) or probably dead.

Jo has only recently passed both her tests and we need to rally round and keep her on the road as I know how easy it is for confidence to be knocked.

Ooooh mate…sorry to hear it…hope alls well with the good lady and her confidence isnt to badly rocked becouse of one of lifes true lemmings !!

Hey J…take the tosspers with a pinch of salt…dont let them take away the enjoyment you have worked so hard for !!

I always fail to understand how people who pull out of a side turning always claim that it is not their fault as the other person was going too fast. Seriously, in a built up area, how fast do they have to be travelling to “not be seen”… light speed to travel back in time? I ask you!

Just trying to cover for the fact that she was inept and didn’t bloody look while she was applying her lippie!

I hope that she is ok and that any injuries that do become apparent arent too bad (get down the docs and claim whiplash… might as well everyone does it) the other driver is clearly in the wrong, so get her for all she’s worth.

Best thing she can do is get behind the wheel as soon as possible, I know its cliche, but you gotta get back on the horse.

Dan can you pass on my well wishes to Jo…

remind her that it takes time to regain your confidence - i am still trying to regain mine…also, she is one tough little cookie (she’d have to be to be your OH) so i am 100% confident that she will be back on the road again… both in the car and on the bike - altho maybe advise her not to do both at once…

get her some arnica cream = thanks keti - this worked wonders…

So sorry to hear that. Chin up girl and although it feels nerve racking again drving after an accident but it soon wears off. Best of luck.

Glad she is ok thats the main thing…

Ouch! Soz to hear that

These people are a joke. Dont worry about it, she’s just trying to blame her incompetence onto you and unfortunately there’s no getting away from that with these people

You’ve just passed your tests and are competent to be on the road. Get back out there and enjoy it as you should. Wishing you a speedy recovery and happy riding and driving

‘You were going too fast’…

Amazes me because they were so blind they didn’t see you but they KNOW what speed you were doing ???

glad she was in a car and not on the bike

Ignore any nonsense she’s giving you about going too fast, this was NOT your fault. Had you been on a bike, you’d have been driving more cautiously than you probably would in a car as well, so you would have been careful to avoid that situation. You’ve done no wrong and an dito is try to shift blame to avoid paying any insurance. Stand your ground and take her to the cleaners. It’ll make you feel better too.

Stupid woman … makes you so angry that people can’t admit they may even be part way responsible for their actions!

I don’t know you guys yet being a newb, but I’m really sorry to hear about this. I hope it doesn’t affect your confidence too badly!

Glad you are OK, you will develop a 6th sense after a while and know when the muppets are not looking, not indicating etc. You just need a bit more experience and it’s probably a good idea to do this in a car. But on a bike you have a chance to pull out of their way (often). She’s in the wrong, you had right of way. Quite a number of people in expensive cars seem to think that the highway code does not apply to them and that as they drive the bigger/more expensive car they automatically have right of way. Sigh!!!

Her losing her temper just proves that, hope you got her details to claim of her insurance and maybe tell the police how agressive she was? Sadly, they probably won’t do anything about it though as she didn’t get physically violent?

First off. You had right of way and the other driver did not check that they would impede someone else. The defensive action is to blame someone else, especially if you drive a Merc or BMW! You have not done anything wrong and they are in no way able to judge speed of an oncoming vehicle if they just pulled out. Good thing is that you were in a car and not on a bike. You might have been able to pull off avoidance strategy on the bike, but if not, big ouch. I’ve several years of driving experience and was a long distance driver for a couple of years. I am astounded at how bad some of the driving I see around London really is. Appalling lack of observation and courtesy.

Carefully assess your injuries, get seen by a people vet to get it in writing and then sue them for everything. They cannot just walk away from this thinking they have done nothing wrong. I am not a “I’ll sue you” character, but there are times when prosecution is the only way to make any sort of impact at all on these rhino hide twats! Get well soon, don’t avoid driving and keep your eyes peeled as you would on a bike!

It happens to the best of us, don’t worry about it Jo! Sorry to hear about it though. All the best with getting things put right. You’re lucky to have Dan as your man to sort these things out, no doubt it will make things a lot easier.

Hope to see you on two wheels at Cubana next week…

Sorry to hear what happened Jo, glad you are ok…

I’m gonna be dehydrated soon. As soon as I got into the car after exchanging details I started crying and didn’t stop for about an hour, now reading what you guys have said is gonna make me cry again!

She really did make it sound like it was my fault. I think she expects me to pay for the damage to her car (a few scratches and really small dent). Stupid woman. I go slow round that corner anyway coz of a couple of near misses on the bike.

But there’s more bad news I’m afraid. In pulling off the road to talk to this woman, it being a narrow country lane, I damaged my left rear hubcap which fell off on the way home. It made a horrible sound as it got dragged under the wheel, still being held on losely by a cable tie. Now my lovely little car has more dents and NO hubcaps

I had to drive to work after it happened and then over to Dan’s and back home (I cadged the rest of the day off work) and it was easier than I expected, so my confidence hasn’t been too badly dented.

I had a major crash when i was 17 in a car and it took me til earlier this year to get up the confidence to learn to drive - I’m now 23. (Funnily enough, never bothered me bout being on/learning to drive a bike!)

I promise you that although it may seem scary it will not be as bad as you think - Dont wait as long I did before you go back!!!

HB, sorry to hear about whats happened it’s always easy for those in the wrong to blame others so don’t worry about what the other party said, I’m sure Dan with his skills will have you smiling when this is all done and dusted.

Keep the chin up and get back in the car when you can but make it soon or it’l just get harder.

This is the finest squirrel I posess. 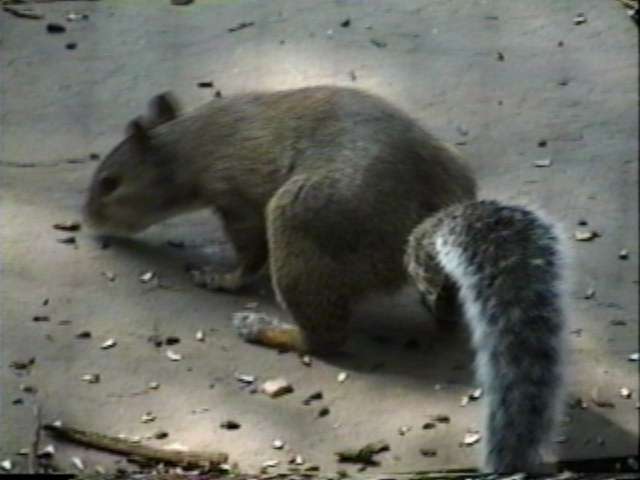