Can’t believe people are already talking about Christmas and we haven’t even got to Halloween yet which is, in my diary a major event!

So, Plum has a costume and nowhere to go, who is holding a party (or could be tempted to hold one) or is going to a club in town with a Halloween event on? 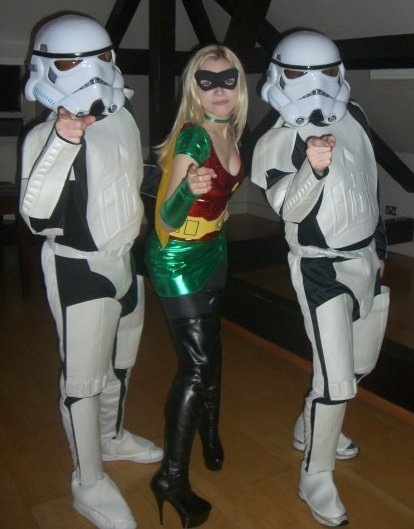 i fucking love storm troopers, they are AWESOME.

my names steve not “people”

as for halloween, im on the look out for some pumpkins to stick outside the front door

I’m so glad someone else has approached this subject, I love getting dressed up for Halloween! I noticed the Ace have something on Oct 27th but having never been to an Ace event I don’t know what it’d be like. Definitely up for going out in town or something though!

I like dressing up too, but its got nothing to do with halloween.

I’d like to do something for this year’s Halloween though!

My eldest is a Halloween baby and will be having a party with costumes and ghosts and stuff, you’re more than welcome to come and play with the other ten year olds

Come up to MK!

There is a halloween monsterthon on the weekend of halloween, everyone dresses up in blood and guts and goes on a pub crawl around the (many) pubs in Stony stratford

THere’s only one place for Halloween as far as I’m concerned and thats the Intrepid Fox - everyone really makes an effort with the costumes and the drinks and music are great, live bands normally too

Ok so offers so far are: Haha that is awesome. Unfortunately it looks more like gay astronaut from future version of YMCA song than the beloved Toy Story character…

Yeah I’m worried that would make my ass look fat. But good for you

Are you planning more of a bike outing or drinking one?

I’m heading into Kingston, the Fighting Cocks always have a band on and go all out with decorations and costumes etc.

More then welcome to join, I’m going with all my crazy pals

that is hilarious :laugh:

I live near the Fighting Cocks and it’s my fav pub in London so far so that sounds good! Should have guessed they’d have a decent Halloween event

Halloween is my Birthday

i fucking love storm troopers, they are AWESOME.

Especially when they get nicked!!