I’m thinking of buying a GSXR 750 SRAD or a ZX7R Ninja. If anyone has any experiences with either of these bikes any advice would be greatly appreciated.

From my experience and observation:

I’ve always loved the look of the SRAD with the undertray and LED rear lights. Andrew&7 recommended the ZX7r as have many other owners. I’ve found a decent looking model GSXR I’m going to view over the weekend. I’m way outgrowing the GPZ, suspension is too soft on front when hard braking, lack of low end power even for a V. I looked at the GSXR 600 but the 750 came with a much better engine and suspension setup.

7R is a classic indeed… i love them, look cool as.

but theres A lot more SRADS around , now you may think thats a bad thing

but when it comes to getting parts… well just look at ebay 750 and 600 SRAD parts are same.

dont even think about getting the 600 mate.

talking or 750 SRADS what ever happend to puppy jay?

I can go off some people real quick…

Andrew… Every 7R owner I’ve talked to has said their bike has, or does misfire/not fire on all cylinders, or had some other problem. Now that might be a generalisation what I said before, but on the contary, I’ve never heard the same said about the SRAD, and I’ve known a lot more of these owners.

Puppy… no idea! Guess he wanted a break or something… A shame, the guy’s dead funny…

My zx7r (RIP) never ever ever ever had a mis-fire/ any other engine related problem - only problem interacting with a blind van driving [email protected]+^d!!!

The SRAD is alright, but no where near as pretty, or unique as the 7r

Tried both and loved the 7r way more

Buy the 7r, you won’t regret it. Couple of decent ones available at the moment - newish, low miles, good nick but leave alone the one I’m after

I never rode the zx7 but always loved, if i didn’t get the zx12 I think that would be my next choice…as for the SRAD I rode my mates one and I didn’t like it but personal choice eh?

I’ve owned both. Still got the ninja and had the gixxer stolen

2 completely different bikes. zx7 handled a bit better but it’s heavier, it had more midrange and was as quick after 150 mph

The ninja will be for sale in a week or two if you’re interested. 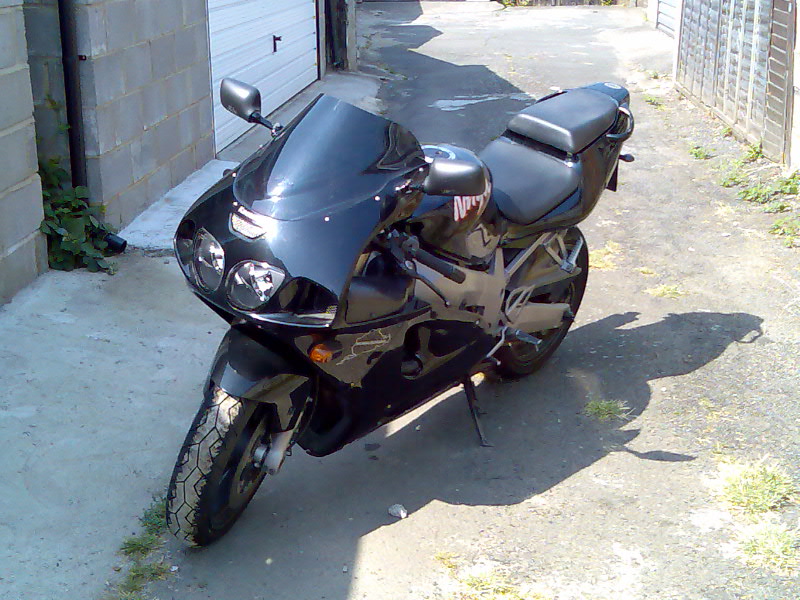 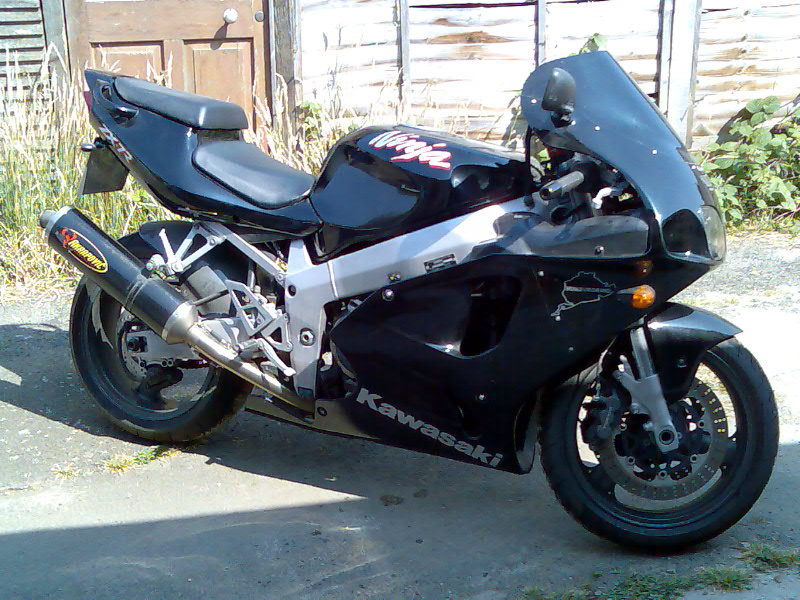 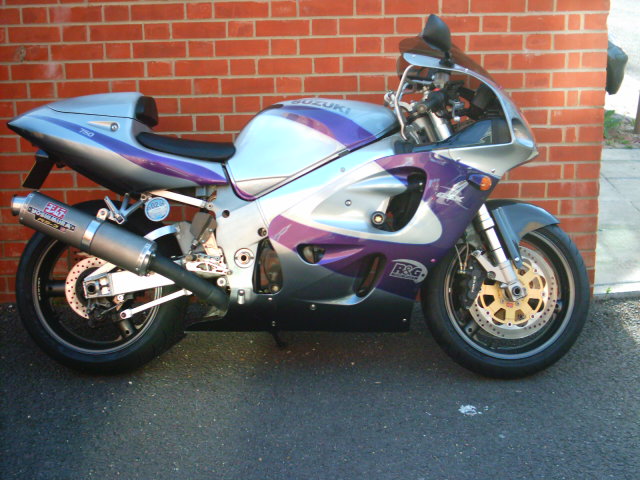 Id go for the Gixer, i had the 600-R and loved it to bits until i wrote it off. I find that Kwaki bikes build quality isnt the best.

At leatd my kiddie bike isn`t kept together with double sided sticky tape.

Yours may not have fallen over yet but it still looks like it`s been run over by a 40 ton truck.

and are you gonna go down the brazen tonight

Thanks for all the advice guys. They both sound like great bikes, although very different. I think the only way I’ll know for sure is with a test ride which I’ll do this weekend.

I cant go tonight as im going to meet a mate later. And i`ve got nearly 120mph out of my BMX.

Hi mate - the 7 is supposed to have the best front end of its time, is quick enough, and has a near iconic design. The Gix 750 just is an icon, and for a reason. The motors are almost bullet proof and have loads of torque, gearboxes are sweet, they still lap quicker than a lot of modern bikes, and they sound better (they have the classic Suzuki bark) than any other mid-range bike of a similar age barring the 748 with Termis (which thunders).

And 7’s are bullet proof…'tis not called Kawasaki Heavy Industries for nothing…hows the sump Jay?

Jay get you eyes tested will you…SRAD’s looked dated when they got released!

7R Timeless classic pure and simple! Then again you have no taste