Graham Sutherland at Cubana - he's been watching you

Just got back from Cubana tonight, only really spoke to Charlie, mad liz, animal and polar bear. I got to know your real names soon (except mad liz).

Spent most of the night speaking to Graham Sutherland. Top bloke. He lives maybe 300 yards from Cubana. He is actually from brummy land, but his love and kisses is a ****ney.

Anyway, he comes down every wed night to look at the bikes. Fairly old fella, wears a cap. He used to ride and tries to mingle with us etc. Anyways, one of us tonight gave him a can of beer, super something - who was that? Anyway, he liked that and we got chatting.

Really nice guy. Anyway, just a note to say make him feel welcome at Cubana if you see him. He’s a really nice guy. Has interesting stories to tell you about ‘real’ bikes. He used to have a Super Road Rocket -what’s that?! I’ll look it up in a mo.

Also, I told him about LB.com. His other half is a computer wizz, so I told him to get her to set him up on this website and get involved. He said he would. I told him my user name was MEEKS, with that he says, “well I aint gonna forget that, my wife’s surname is MEEKS!”

Unusual I said, but even more unusual is my real surname…but fancy the chances eh?!

He loves to come down and see the bikes. He is such a nice bloke. Have a chat next time you notice him.

always says hello and has a chat…couple of weeks back we were drinking cold ones in the evening heat…I got half cut !!

what a nice story - and yes life is strange !

What happened to you tonight anyway Flats ??

missed u again barro i had to leave by 19.10 for work but broke down on the way home …throttle cable went kerput …hope i can fix it for france…

hope??? you will have too steve

maybe, but perhaps Im just a sucker for that type of person. 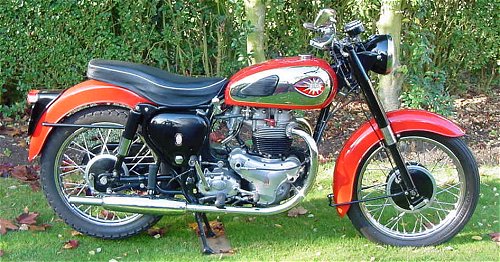 only kidding fella, its a rareraty finding someone who will chat to ya in london most are arrogant fuc*ers and i get sent to em at work dont even offer ya a cup of tea when it s cold or glass of water when its hot…

He was a nice bloke and yes nice bike, which one of the three is that.