After the horse has bolted, but having had 2 bikes stolen from a garage (and naively thinking a garage itself was the answer) interested in garage security measures. Particularity cost effective cameras and motion sensor lights I suppose. I don’t really see the point of that Guardsman (the barrier like a car park) for £800. The garage door defender bars (the ones that stop it opening out) seem to be a faff and advertise something of value inside?

I already had a ground anchor! They cut through the chain.

Yes should have had a tracker.

A camera would help, but see if they can be LAN cabled and not wifi. I heard of a few occurrences of wifi jamming recently to stop ring door bells from recording.

If you want subtle security may I suggest these? Enfield Garage Door Bolts - Garage door bolts

Only part visible from the outside are a 12mm hole and two coach bolt heads which can be painted the same colour as the door. Does require drilling into the door frame though. Point is, it’s almost invisible from 10 feet away.

Camera’s can be a good deterrent but also up the anxiety every time they get triggered by a fox or something innocent.

Just dont forget you have them set

Lights, cameras and trackers, thieves tend to avoid all three

I’ve always felt the best defence is secrecy. Once they know something valuable is there they will come for it. Cameras - they don’t care, they’ll rip them down, or spray them, or just wear masks. Lights - only help them. Chains and ground anchors - only slow them slightly. Angle-grinders go through anything and if they have a well-lit undisturbed environment to work in, chains are no problem to them.

My Brompton was stolen from my building’s bike room. They prised open the metal external door, they attacked the good Abus lock with an angle-grinder, our security guard chased them out, the cheeky bu44ers returned and finished the job when the security guard went to his desk to phone the cops. Both of them wore full face helmets throughout and I have lovely clear CCTV footage of a spray of sparks and my bike disappearing.

The problem was once they knew there was a Brompton in that room they were coming for it and metal door, lighting on a sensor, Abus lock, CCTV and a 24 hour guard in the next room, did not stop them.

Your only defence is them not knowing what’s there.

Sad to say, but now they know you keep bikes there, they’ll be back.

Yes should have had a tracker.

I have a tracker because my insurer insisted on it. I actually think it is pointless. What am I going to do, get in my car and try and chase them?

A friend had his Brompton (yes another Brompton story) stolen at knifepoint in Hyde Park last week. He called the cops and amazingly they responded quickly. They took him on a full blues-and-twos chase because he had three trackers in it.

They found the first, Apple AirTag which he had cleverly hidden in a purpose made reflector, outside a pub a short distance away. The pub CCTV revealed nothing, it just missed it.

They tracked the Google Tile and the proprietary tracker down to a block of flats on Lisson Grove but they couldn’t work out which flat it was in. Returning the next day and the signal was gone, the thieves had found them and removed them.

Empty handed after a super quick response and three trackers.

Having given this some more thought it occurred to me that I’ve not had a motorcycle or bicycle stolen since I moved out of London!

since I moved out of London!

I spent a couple of weeks visiting a friend on the Outer Hebrides once. Up there they never lock their cars nor houses. Parking up, waiting to board the return ferry, I realised I had quickly adopted the habit of not locking the car. It was lovely, so liberating.

Yes, London stinks for this.

Good discussion and thoughts, thanks.
Yes the main worry is the “coming back for more” now . Yes secrecy is best, but unless the thing is a display piece it won’t be secret for long.
Have considered storage outside of London but that’s not really the point of having the bike. 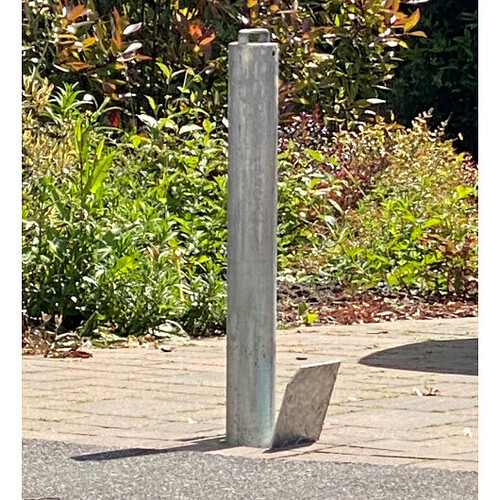