Came across this in another forum and would like to share …just imagine if he hit a moose instead of a whitetail! (and it happens a lot ,seen a few car vs moose crashes…car doesn’t win at all) 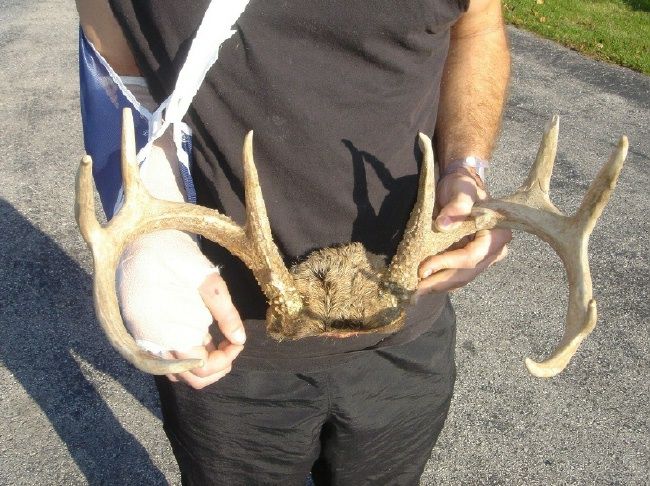 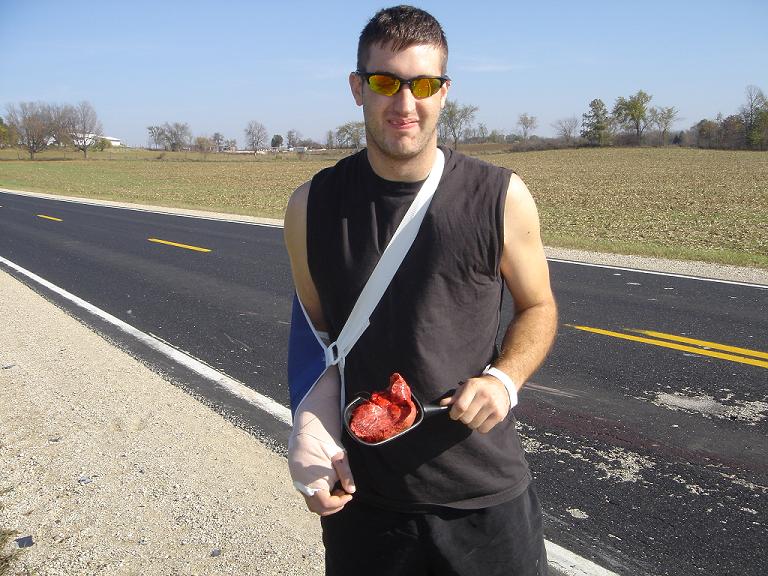 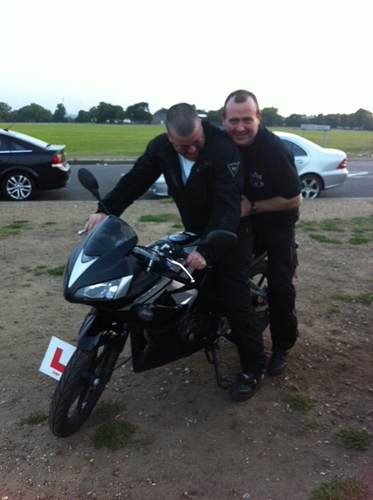 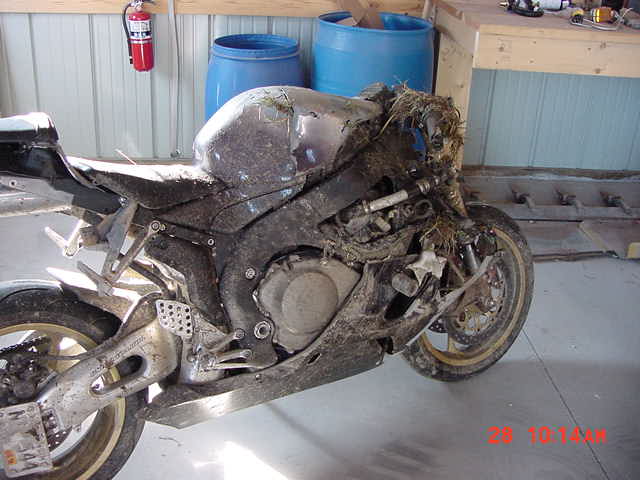 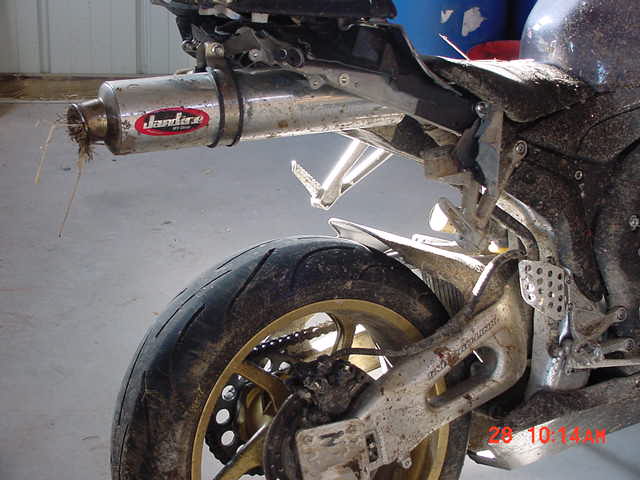 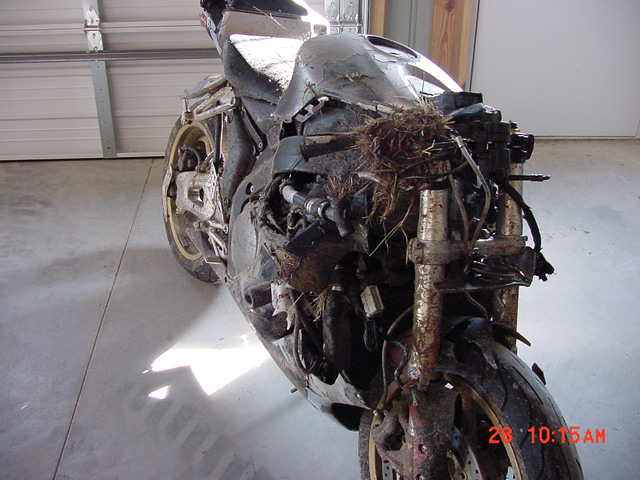 …or the English way of steak and kidney pie

crikey Mini-Mo, you’re right, looks like the end of a Blade and the start of a Fray Bentos pie.

I wonder if he was on his STAG night

Hope he has enough DOE to get another bike…

Should have used his **horn[/b[