How much longer before there is a call for cyclists to have to have some kind of licence plate. 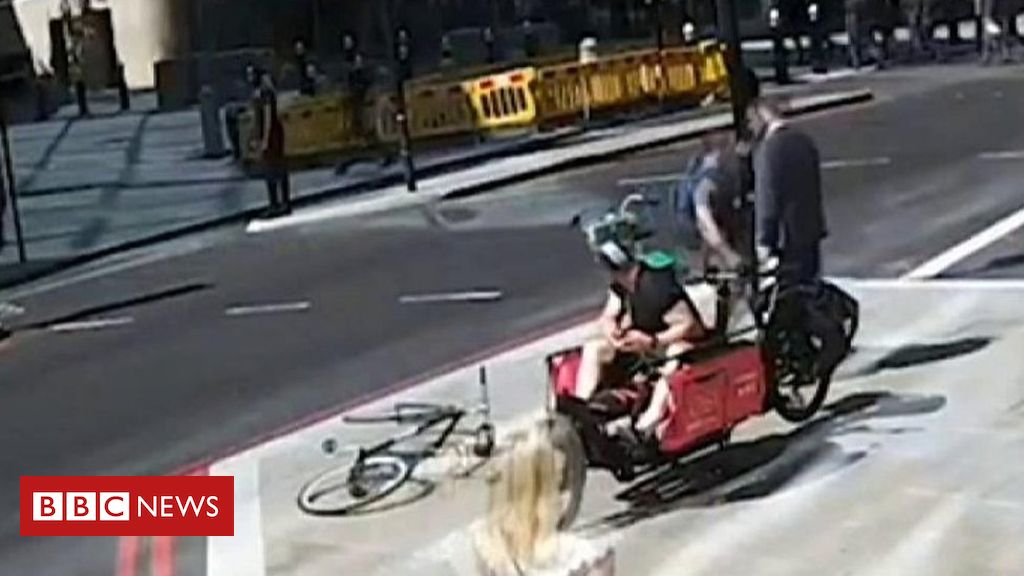 Hunt for cyclist who headbutted pedestrian

The cyclist ran a red light in the City of London, narrowly avoiding hitting a pedestrian who was crossing the road.

There are constant calls for it but every country which has examined it, and the few like Switzerland which have implemented it, realise it is a bloody stupid thing to do. Switzerland quickly abolished them.

This nob (pedestrian when he nutted the victim) has made the news because it is a very rare incident. In the same news period a 17 year old boy (cyclist) suffered life-changing injuries by a hit-and-run driver but there will be no national outcry over this poor lad, it won’t get beyond the local papers. Motor violence is normal.

There are calls for it from the usual outraged Daily Fail readers on a regular basis, it’s just that it’s a terrible idea.

Can you imagine how expensive a cycle registration scheme would be, it would cost hundreds of millions of pounds and would be widely flouted by the people it’s being introduced to catch.

I have 4 bikes, 2 of which I almost never ride on the road. My wife has 1, kids have 3 and I have a trailer bike that clips to the back of mine so the eldest can ride along. I’m also rebuilding an old bike I had as a teenager.
So that’s potentially 10 bikes in one house that need to go on the new DVLA database and then be updated every time they get bought, sold, outgrown, scrapped etc.

Also, the kind of scrote arsehole who headbuts someone for calling them on their bad cycling probably won’t bother registering, a fake plate would be enough to make it look valid and who’s going to check?

There are plenty of unregistered, uninsured, unlicensed drivers on the roads and being licensed certainly doesn’t stop people speeding, drink driving, being arseholes etc.

Vehicle accidents killed around 1800 people and seriously injured 25,000 in 2017. 170,000 casualties altogether.
Injuries by cyclists, wouldn’t make a dent in those figures. Far better to spend the money where it’ll do more good.

Why just license for cyclists? Let’s go whole hog and license pedestrians too! Typical media sensationalism for those willing to fall for it.

Also cyclists are already identifiable. I guarantee you this head-butt nob will be caught. Good, and I hope they throw the book at him.

No one will do anything about the scrote who pulled a gun on @BenedictRacer on the A41.

I’m for pedestrians being licensed. That way we can fine those that hog the left-hand side of escalator by standing and those that can’t walk off a moving escalator without having to stop still first…

Why do people do that on escalators Gav?

Feck knows, they should be neutered so they can’t reproduce any others.

Yes they abolished the vignette in 2012.
You are recommended to have personal liability insurance here though (I am in Geneva).