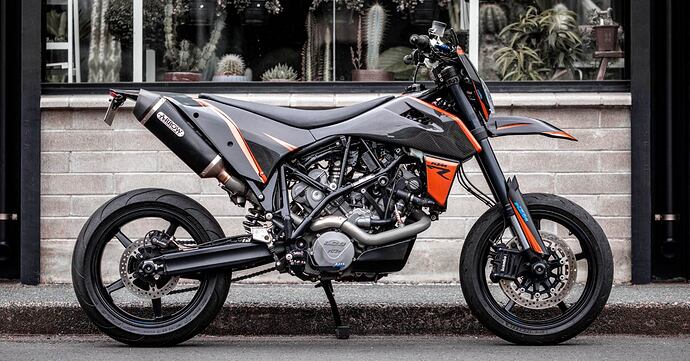 KTM made their bones with dirt bikes, but these days they're just as well known for their wild street bikes. Their hit list includes models like the KTM 990 Supermoto—a 999.8 cc v-twin motard with aggressive lines and decent components. First... 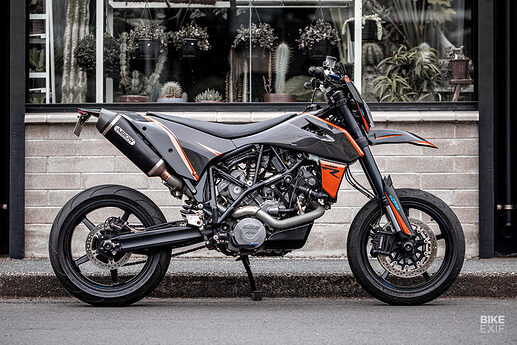 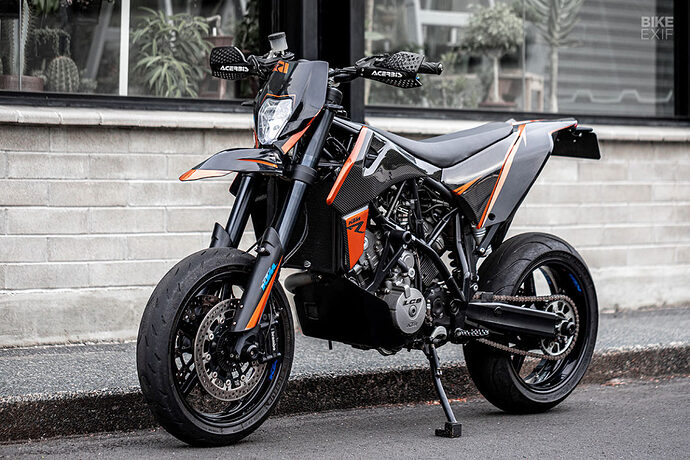 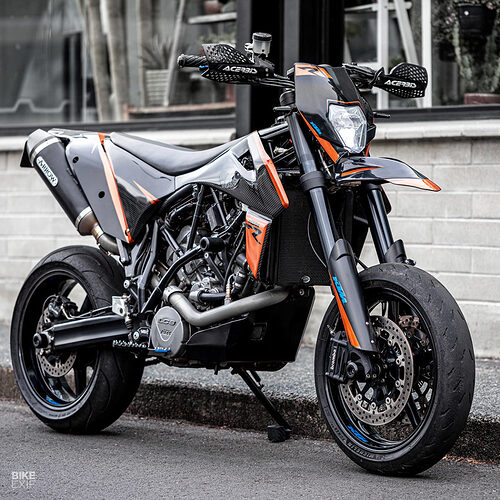 That is a very attractive bike.

Thanks bonkers! Must be a hell of a ride. One-wheel massive member.

No need to brag…

Buy an SMT to convert into an SMR? Just buy an SMR?

But what prompted him to build it in the first place? “Short answer: because I could,” he quips. “I already had a 690 cc supermoto, which despite several performance upgrades still needed more power.”

Probably got a good deal on it as well. Many times people don’t choose the bike, it chooses them

Many times people don’t choose the bike, it chooses them

Did you consider the Crossrunner?

I did. unfortunately it was at the exact wrong time of the facelift where no dealer had any old ones to test ride and the new ones hadn’t come in yet. I ended up testing the vfr800f and vfr1200x

I did test ride one the face lifted versions.

But comparing to the SMT, it was 50kg heavier, not as manoeuvrable, less power, less agility, less fun. It was a solid bike, and the engine was typical Honda - predicable. It is a very competent bike, but not what I wanted at the time.

It was simply price for me. Much as I wanted a vfr, the 800 was over £3k more than the tracer with an engine last redesigned in 2006.

That was also an issue for me as well. The VFR800x was £10, which was over a grand more than I paid for my SMT 6 years earlier. Which was another reason that I took a pass. The only thing that it had the SMT didn’t was Traction Control. One of the other reasons was the suspension wasn’t a patch on the fully adjustable WP fitted to the SMT, along with Brembo brakes. Thinking back the SMT was an utterly awesome package for the price. It’s no wonder the UK press at the time absolutely praised it.

Looking at the Honda range it is a little stale and bland. Even though it hasn’t been updated in years I’d have the VFR800x beyond anything else in there line up. 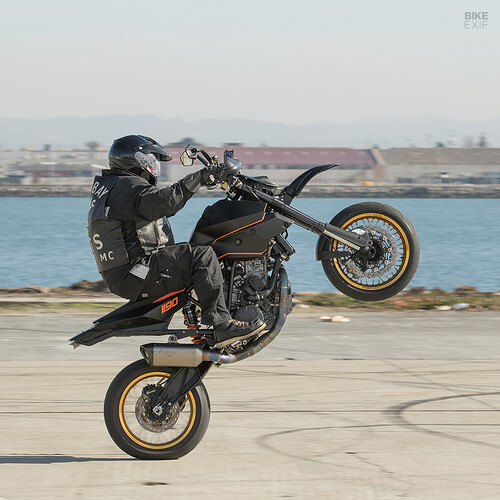 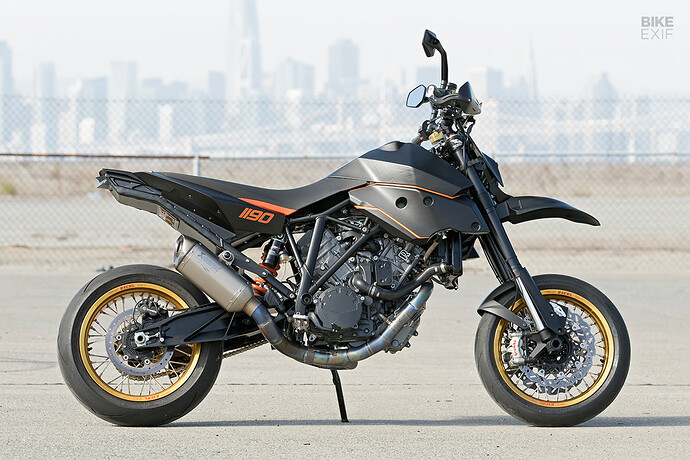 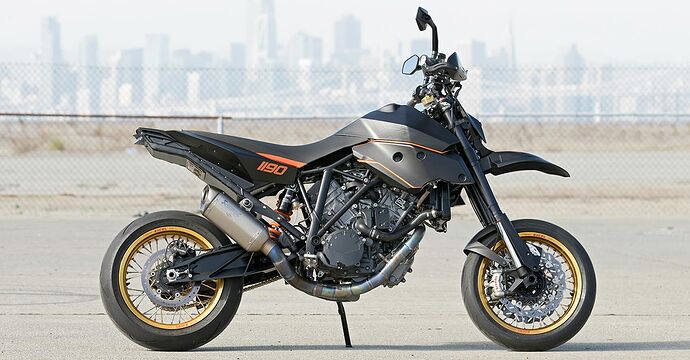 Back in 2003, KTM took the LC8 V-twin motor from their flagship 950 Adventure, and stuck it in a big, gnarly supermotard. The 950 Supermoto eventually became the 990 Supermoto, but was ultimately dropped from the lineup with KTM's next big motor...

That bike is almost as ugly as that leather monstrosity the guy is wearing… Kind of makes sense.

Ridiculous bike though, and props for riding it as intended